Many Hope Australian PM Turnbull has a Plan B 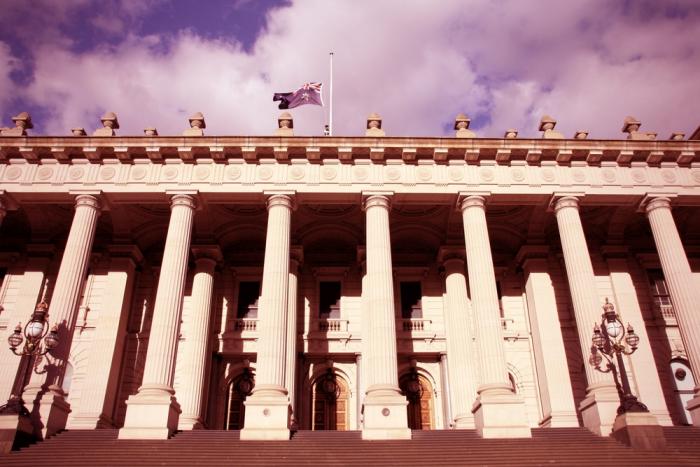 Prime Minister Malcolm Turnbull’s first major economic address since the July 2 federal election was, in most respects, the kind of speech one might have expected from a leader who had won with a comfortable margin.

He sounded like a prime minister whose campaign agenda had won widespread support, and who had been rewarded with a significantly increased parliamentary majority.

In reality, he has more in common with the Bahamas’ Shaunae Miller, the runner who only just fell across the line to win her race at the Rio Olympics. Turnbull won, but only just, and his election result leaves him with diminished authority both within his own party and within the parliament.

To be sure, Turnbull acknowledged that:

and this brings hardship. He noted that:

While we recognise that these times offer extraordinary opportunities for Australians, the changes they bring with them will not always be welcome … We cannot assume that the rising tide of economic growth will lift all boats – we have to make sure that it does.

However, there was no tangible signal that, because of having recognised these things and having reflected on them in the weeks since the result of the election became clear, the prime minister and his government have heard the message from the electorate. There was no clear sign he intends to do anything different, or differently, from what they proposed beforehand.

Rather, Turnbull expects others to change. He wants the Labor opposition and the crossbenchers in the Senate to move away from the positions they took to the voters at last month’s election.

It makes sense for Turnbull to seek to capitalise on Labor’s belated willingness to accept some of the savings measures from the 2014 budget, which it had opposed up until the last two weeks of the election campaign.

In the upcoming sittings, we will introduce an omnibus bill that puts together all the government’s savings measures that we understand from the election campaign the ALP is prepared to support.

Labor ought to support this omnibus bill, but if the budget repair task is as important as Turnbull said it was, and if he is truly ready to “reach across the aisle” in pursuit of “fiscal rationality”, he should be willing to take up some of Labor’s pre-election budget repair proposals too.

Labor’s proposal to reduce the capital gains tax discount (which even the Property Council of Australia is open to changing) could make the ideal starting point.

Turnbull signalled an undiminished determination to enact the ten-year program of reductions in the company tax rate, which was the centrepiece of the Coalition’s plan for “jobs and growth”.

He cited economist Chris Murphy (who did some of the modelling for the Henry Review) and the International Monetary Fund in support of his argument that reducing the tax rate on business will result in business investing more, and “you will get more jobs and higher wages”.

Yet there is little evidence that these arguments resonated with the Australian people during the election campaign. In addition, the Treasury’s own modelling of the government’s proposals, released shortly after the most recent budget, suggests that the ultimate impact on economic activity and national income will be almost imperceptibly small.

In addition, there is absolutely no evidence to support the government’s contention that preferentially targeting tax cuts on small businesses will have any positive impact on jobs or growth at all: that is an article of faith, plain and simple.

Likewise, Turnbull’s advocacy of the Coalition’s innovation agenda, its defence white paper spending programs, and the pursuit of new free trade agreements, was entirely unchanged from before the election.

There was not a hint of any awareness that large swathes of the Australian electorate had been unpersuaded that these programs were the best way of tackling what Turnbull described as the “big economic challenges – and opportunities" the country faces.

Turnbull said he seeks to ensure that Australia doesn’t find itself “falling off the back of the pack of leading economies”. However, there appeared to be little overt recognition that some of the greatest difficulties he may encounter as he seeks to achieve this are posed by people on his own side of the political divide who refuse to countenance the idea of adopting policies like reform of superannuation, negative gearing and capital gains tax.

In his conclusion, he asked, rhetorically:

Is anybody really asserting that a focus on innovation is bad for the economy…?

Well, yes, prime minister. That’s exactly what a number of your more conservative backbenchers – especially those from outside of the major metropolitan areas – are asserting.

He asked if anyone was asserting that:

… making our industry less open to competition will somehow provide Australians with a magic recipe for economic security?

Well, again, prime minister, yes; that’s precisely what a large chunk of the National Party, many of your colleagues from South Australia, and most of the crossbench senators are asserting – and what a large proportion of the Australian population continue to believe.

The reality is Turnbull doesn’t really have a mandate to do much – and he is likely to encounter a great deal of difficulty giving legislative force to the things for which he can legitimately claim a mandate.

Let’s hope he has a Plan B.

The electorate has spoken, but Turnbull’s speech shows he hasn’t listened is republished with permission from The Conversation