Is the Falling Gold Price Signaling the End of the Financial Crisis?

•
Gold
•
by
The Conversation 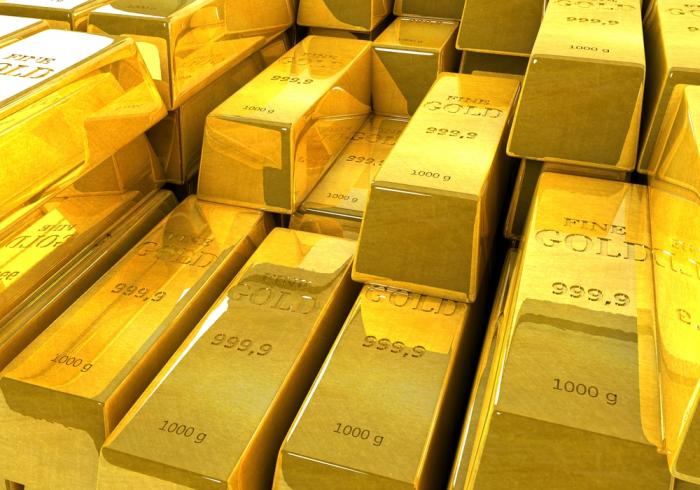 Gold prices have tumbled to a five-year low. As a tradeable commodity, the price of gold is largely linked to supply and demand. While supply remains fairly fixed, demand is shaped by the state of the global economy and investor perceptions of gold’s value as an asset – this is in turn shaped by the strength of the US dollar.

The intrinsic value of gold has long made this precious metal a useful resource in the absence of legal or reliable money. The ease at which gold may substitute for currency means that during turbulent economic times gold is a valuable asset to hold.

The love affair with gold as a financial instrument can be traced back for centuries. A more recent example that offers lessons in the relationship between the commodity’s value and the US dollar is the Bretton Woods System, the monetary order that governed international currency relations between 1944 and 1971. With the growth of international trade after World War II, many countries were happy to hold US dollars in reserve, given they were convertible into gold at a rate of US$35 an ounce. In addition, with the US owning three-quarters of all gold reserves at the time, a US dollar was as good as gold.

The demise of the Bretton system was inherently a liquidity problem. As the growth of international trade outpaced that of US gold mining activities, the demand for international reserves (US dollars) outpaced US gold reserves. In essence, gold was not mined fast enough, making it a scarce resource – and so its true value exceeded US$35 per ounce. Effectively, the failure of Bretton Woods was a simple supply-and-demand problem, where the demand for US reserves (or, crudely, gold) was far greater than its supply, leading to what should have been, a higher price of gold.

History tells us that, in general, there is an inverse relationship with the US dollar and gold. As the dollar strengthens, the price of gold falls, and vice versa. In the example above, it was effectively a weakening dollar (which at the time was overvalued), that should have raised the price of gold.

Moving forward into the 21st century, a boom in commodities such as oil and iron led to an increase in prices including those of precious metals such as gold. Despite the sharp slump coinciding with the financial crisis of 2007, metals in particular witnessed high price increases in the subsequent years.

Gold hit an all-time price high in September 2011 (more than US$1,900 an ounce and silver was priced at US$49 an ounce in April 2011. While platinum peaked in March 2008, in May 2011 it was priced at just under US$1,880 an ounce, a five-year high. The falling prices we are now seeing in gold and other metals too has some speculating this is the end of the commodity bubble – though this certainly a very pessimistic take on the matter.

Light at the end of the tunnel

Ever the optimist, I would like to think that the falling prices in commodities (including gold) is because we are beginning to see light at the end of tunnel of what has been the largest financial crisis since the Great Depression. It is a well-known fact that when the financial system collapses and the economy becomes increasingly turbulent the demand for commodities, including gold rises. Look no further than the Bolivian hyperinflation where tin-ore became the commodity of choice (and when needed was exchanged for US dollars) to tackle a peso that was losing value by the hour. With short-term interest rates cut close to zero and quantitative easing reducing longer-term rates, present-day investors have avoided losing out on interest payments by holding gold.

However, with a mooted rise in interest rates in the near future and signs of economic recovery in spite of the Eurozone crisis, it is inevitable that investors are looking to substitute back from commodities to other financial instruments. With interest rates unmoved at present, it could be that investors are pulling out while the price is high, which is contributing to the current falling price of gold. The data further shows that the US dollar is gaining strength vis-à-vis the euro and if interest rates do rise, then this may continue. Again, this links back to the inverse relationship between the US dollar and the price of gold.

Will the price of gold keep falling in the future? While this is a possibility, I would exercise extreme caution. The economic recovery in the US has been uneven at best, so more swings are possible – and other forces should not be ignored. Although the current cracks in the Eurozone have been papered over, the longer-term problems associated with the region are far from resolved.

Not only that, but with the demand for commodities (gold included) likely to increase in emerging markets when their economies recover, there is every possibility gold prices may start to rise again. Whereas most of the above has focused on the demand for gold, ultimately the mines that supply this resource will also have an important role to play.

See also: Gold is on the Move Between Nations, but with Little Price Reaction