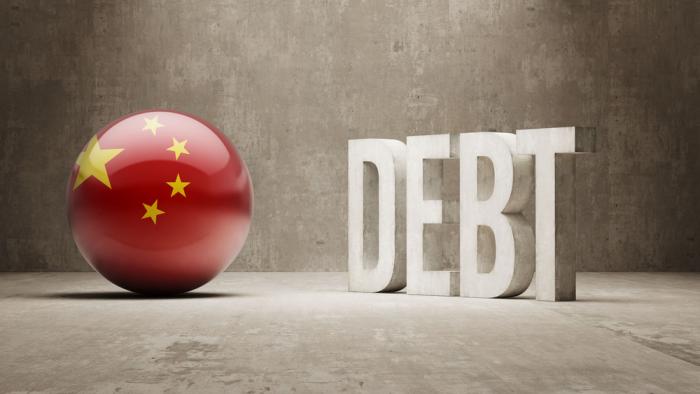 This year began with international media attention drawn to the weakness of China’s economy. This prediction was validated on 9 May 2016 when the People’s Daily ran on its front page an article written by President Xi Jinping that expounded on the need for ‘supply-side structural reform’.

One of the structural flaws driving China’s instability is the soft budget constraint — an investment situation where profits of state-owned enterprises (SOEs) are largely privatised to SOE personnel and losses of SOEs are socialised on to the state budget. This situation results in reckless investment by SOEs and a complacent willingness by state-owned banks to supply funds for the investments.

The re-emergence of pervasive soft budget behaviour with the 2008 macro-stimulus package is the cause of the large amount of excess capacity in China’s heavy industries today, and also of the serious but still-hidden non-performing loan (NPL) problem in state-owned banks.

By early 2014, analysts had started warning about the worsening levels of excess capacity and the inevitable appearance of NPLs. As NPLs would be avoided if the SOEs could pay back the loan principal before debt-servicing difficulties appear, the government began encouraging the SOEs in 2014 to issue new shares and use the proceeds to pay back bank loans.

The reason for the reversal of stock prices is obvious. What rate of return could an SOE pay on its equities when it could not afford to pay the interest on its bank loan? The rate of return on this SOE’s shares has to be lower than the average loan rate. This understanding would inevitably prevail and the stock bubble would then end.

The term ‘zombie firm’ was coined to describe a firm that continues to operate despite being unable to service its loans at the market interest rate. Zombie firms will show profits when they receive subsidies of various types — for example, concessionary interest rates on loans and bank debt being converted to equities held by the banks.

As most of the firms with substantial excess capacity are zombie firms, it is common to use these two terms interchangeably. The growing presence of zombie firms since 2008 coincides with the downward trend in the growth of productivity — the ultimate engine of economic growth.

Two main ways have been proposed for solving the zombie firm problem and the excess capacity problem: demand-side measures and supply-side measures, with the more common names for them being macro-stimulus and structural reform, respectively.

The most direct demand-side measures to deal with excess capacity are to initiate projects that require the products of these zombie firms as inputs (for example, a railroad project to use more cement and steel), and to extend financial subsidies to maintain production and then put the output into inventory. Both of these macro-stimulus measures are sensible only if the rate of return equals (or exceeds) the interest rate; and these macro-stimulus measures are sustainable only if the rate of return is non-zero.

The most direct supply-side measure to deal with excess capacity are to shut down excess capacity, but this will create unemployment as it takes time for labour to be reallocated to other sectors. An alternative that is commonly proposed is to retool the factories to manufacture other goods. The problem with this is that most equipment in heavy industries are highly task-specific, making this suggestion infeasible.

In China’s case at present, these two competing ways of dealing with excess capacity present the choice between short-run stability and long-run stagnation on one hand and, on the other, below target growth in the short run and avoidance of the middle-income trap in the long run.

My recent research gives another reason for why supply-side structural reform should be prioritised over demand-side. The stimulus of state-directed investments during the 2003–13 period crowded out private sector growth, while serving as a lifeline for economically inefficient zombie firms.

There are two conditions for supply-side structural reforms to be carried to completion. The economic condition is that the government must stop the practice of soft budget constraint by denying bank loans to zombie firms and changing the institutional incentive of mutual back-scratching between the government and the SOEs.

The political condition for successful structural reforms is that adequate social safety nets and retraining programs for laid off workers must be implemented to reduce the social pain generated by economic restructuring.

The fundamental prerequisite for China in avoiding the middle-income trap is good governance. The government must allow price signals from competitive markets to guide resource allocation and strengthen national innovation except in cases of well-known market failures; and must entrench social programs that ensure inclusive economic growth and accelerate upward social mobility.

Can China lay its zombie firms to rest? is republished with permission from East Asia Forum