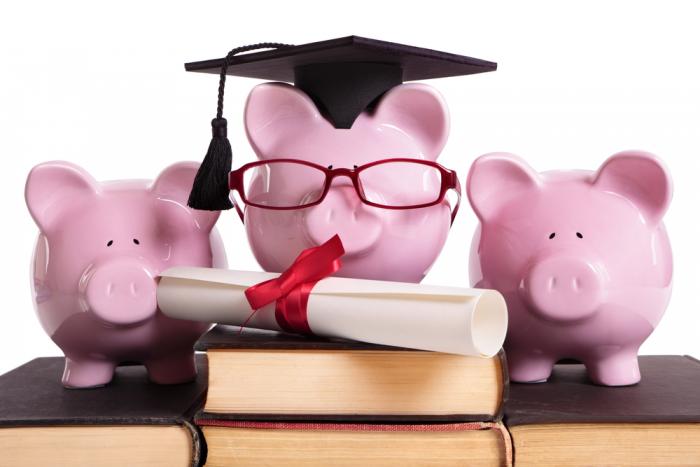 One Tweet said, “Value of annual per student taxpayer subsidies at Harvard: $48,000, Yale: $69,000, Princeton: $105,000.” A second Tweet read: “Annual per student taxpayer grants and subsidies at a typical state college like Penn State: $9000.” Later Tweets were more sarcastic, such as “If we don’t subsidize Ivy Leaguers now, how will they learn how to ask for a bail out later.”

As so often, Gladwell was exposing an issue that largely goes unnoticed by the public, yet profoundly affects the lives of millions. The US Government is effectively donating money to elitist private institutions, which could instead eliminate, or at least drastically reduce, tuition fees at public colleges.

The two Democrat candidates, Hillary Clinton and Bernie Sanders, have recognised the importance of this issue to young Americans and produced policies aimed at reducing the soaring debt burden. US tuition costs have risen 500% since 1985 and students granted degrees in 2014 owe an average of US$30,000. Around 40 million Americans owe a total of US$1.2 trillion, although many default on small sums of just US$5,000, or US$10,000 because of the unforgiving policies of rapacious lenders.

Gladwell obtained his figures about Harvard and Yale from a 2015 report from the Nexus Research and Policy Center that outlined how more than 800 non-profit colleges and universities across North America hold endowment assets of US$516 billion, but are taxed on none of it.

The top universities employ in-house private equity managers to grow their margins, which can be considerable. On average, their funds grew 16% in 2014. As non-profit entities, they escape capital gains tax, but also avoid tax on their extensive land holdings.

For the top 10 American universities, which account for about US$180 billion of the US$516 billion total, Government largesse amounts to a US$41,000 annual taxpayer subsidy per student. As Gladwell noted, this is more than three times the direct appropriations of public universities in the same states.

“We are already spending enough money to fund public universities without burdening low-income students with debt. We just have to change where we spend it,” said Sara Goldrick-Rab, a University of Wisconsin-Madison sociologist and educational policy expert.

“It would take US$70 billion a year to fund free tuition at public universities and we currently spend close to that amount subsidising private education. It’s not just tax on endowments at colleges. A huge amount of taxpayer’s money is spent on private schools through the Government’s voucher system.”

In his College for All Act, Bernie Sanders has proposed to eliminate undergraduate tuition and fees at public colleges and universities and cut student-loan interest rates in half. One third of the required US$70 billion would come from the state and two-thirds from federal government, a cost that would be completely paid for by a small tax on speculative financial transactions on Wall Street.

Sanders says hundreds of thousands of young Americans have the qualifications to attend college, but do not go because their families do not have enough income. He also wants to expand the federal Pell Grant, a needs-based scholarship for low-income students.

Hillary Clinton’s approach would be to make college debt-free for students at in-state public schools. For those at private schools, Clinton still would rely heavily on loans, but on more reasonable terms. Interest rates would be lower, and “income-based repayment” (IBR) plans, would be streamlined. Clinton would cap payments at 10% of income per year, and write off all accumulated debt 20 years after graduation.

Rab-Goldrick, however, questions Clinton’s commitment to her program of reform, which would face stiff resistance in Congress. “She only started doing this because Sanders raised the issue. He has pressurised her on a number of issues and she is saying things she would never have said before. His influence on her education policy is incredible,” she said.

“It would take more than one or two administrations to get this through and it requires a president who keeps saying that if you are in financial distress this is the solution so eventually people will vote for it. A president’s role is not just about getting laws passed.

It’s also to set priorities and carry the message. Sanders would do that, but Clinton might not. I’m worried Clinton will make small incremental changes that will depress people’s sense that anything else is possible.”

Hammering the message home is essential because US students have largely bought the austerity agenda that says there is no money to fund college in the richest nation on earth. In Europe, England has followed the US example by introducing £9,000 tuition fees, but most other countries have maintained the principle that higher education is a right, not a privilege.

In Scandinavia and Germany there are no tuition fees for undergraduates and the French, Dutch and Swiss pay small amounts.

In Germany, mass demonstrations by hundreds of thousands forced the national Government to eliminate fees. The scale and organisation of the movement were impressive. The German Free Education Movement built momentum over several years, involving 200 groups, including student unions, trade unions and political parties. By 2013, public opinion had shifted and the Government had little choice but to back down.

An even more dramatic example of the power of student protest came in Quebec, when in 2012 the Government proposed increasing tuition costs from CAD$2,100 to CAD$3,800. The cost was still cheap compared to England and the US, but students were defending a principle.

The protests were epic, fuelled by Government attempts to suppress them. Demonstrations and strikes began on February 13 and lasted more than 200 days. On March 22, more than 300,000 people marched in Montreal. A Government climbdown became inevitable.

“What Germany and Quebec achieved was fabulous,” said Goldrick-Rab. “But for the moment, it couldn’t happen in the US where there’s quite an anti-protest mindset because of the broad acceptance of austerity. Even though the middle class is falling apart in the US and student debt is a big part of it, they are still not protesting about their stagnant incomes, large debts and loss of wealth.

“There is more activism than there was and growing opposition to fees and debt. However, we will probably need another 15-20 years of increasing pain and outrage before anything is done. There will be increasing support as long as leaders like Sanders keep pushing the agenda.”