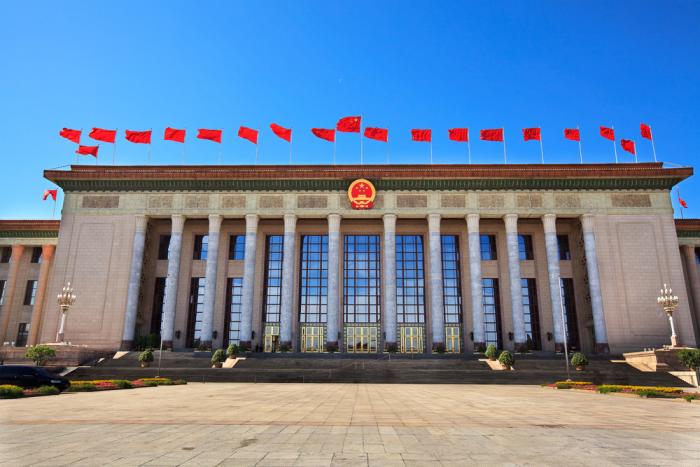 Material strength is the idea that a great power can survive a natural disaster or a man-made catastrophe by virtue of its geographical advantage or large population. Russia, for instance, was able to hold back Napoleon’s ambitions and, later on, undermine Hitler’s aggression. The United States also had enough material strength to play a dominant role in rebuilding the world after the devastation of World War II. In addition, more recently, China’s material strength led it to dominate the regional response to the 1997 Asian financial crisis and the 2008 global financial crisis.

Leaders of great powers often feel obliged to take on more responsibility in governing the world. This sense of responsibility is rooted in national identity. However, looking for this international recognition can lead to both the overestimation and underestimation of national power. Japan’s quest for dominance in Asia is a pertinent example of the former. In addition, the latter can be seen in present day China, which is already a major power in the world but still unprepared to play its role.

Finally, great powers are expected by the rest of the world to provide leadership and help maintain international order as only great powers can be relied upon to do so.

China’s continuous economic growth over the past three decades has led to rising international expectations that it will take on a leadership role. New concepts such as a ‘G2’ of China and the United States, and the emergence of China as a ‘responsible stake holder’ in the international order illustrate this trend. The rest of the world, and particularly the United States, has an important role to play in encouraging China to accomplish its mission in a constructive way.

However, they must wait patiently as China is not ready to become a great power just yet. There are four reasons for this.

First, there is no domestic consensus within China. Chinese leaders and the Chinese people are deeply divided over a wide range of domestic issues, from the government’s role in economic and social life, to foreign policy issues such as the South China Sea territorial disputes. New ‘leftist’ arguments (promulgated by scholars such as Wang Wen, Su Changhe, Wang Yiwei) currently hold favour in China, and tough nationalist arguments are on the rise. The rift between the left and the right in China is deepening. How can a divided China lead the world?

Second, China refuses to accept key values of the liberal international order such as democracy, liberty and the rule of law. In recent years, lecturers within China have been given repeated orders that they cannot discuss these values in the classroom. This raises more questions regarding China’s leadership potential.

While rejecting popular liberal values, China also fails to provide any appealing alternatives. Communism has lost its attraction domestically and abroad, and the core values of Confucianism — which emphasise social hierarchies — appear unacceptable in light of the contemporary importance given to equality. China will be considered a leader once it either accepts the dominant liberal values or else establishes some viable alternative that is internationally acceptable.

Third, China does not provide sufficient public goods for the international community. The United States rose to global hegemon status by facilitating a diverse range of public goods under the umbrella of the Bretton Woods system. Thus far, China has initiated the Shanghai Cooperation Organization and is now leading development of the Asia Infrastructure Investment Bank, but these are only regional initiatives.

The provision of public goods is a function of both the material resources of a nation and its human resources. China is severely constrained in its ability to provide public goods due to the gap between skyrocketing demand for international talent and China’s actual domestic supply. For instance, until November 2011, there were only 519 Chinese young volunteers working in 19 countries, compared to the more than 220,000 American Peace Corps volunteers who have served in 140 countries since 1961.

China also lacks a ‘great power mentality’ that can inspire the world. The citizens of a great power should care about the wellbeing and prosperity of people both domestically and abroad. Great powers are expected to be happy to give more and take less, rather than operate on a strict cost–benefit basis.

However, China is not ready to give more. China offers foreign aid bilaterally based upon mutual benefit rather than seeking to foster multilateralism. Foreign aid policy, more often than not, attracts fierce opposition in China. In addition, to make matters worse, nationalism is on the rise within the netizen community, a trend that will likely result in China’s isolation from the world rather than any deeper integration.

So, while it might be time for China to take on the burden of global responsibility on a partnership basis, China is still not ready to become the great power.

China is destined to lead, but not ready is republished with permission from East Asia Forum