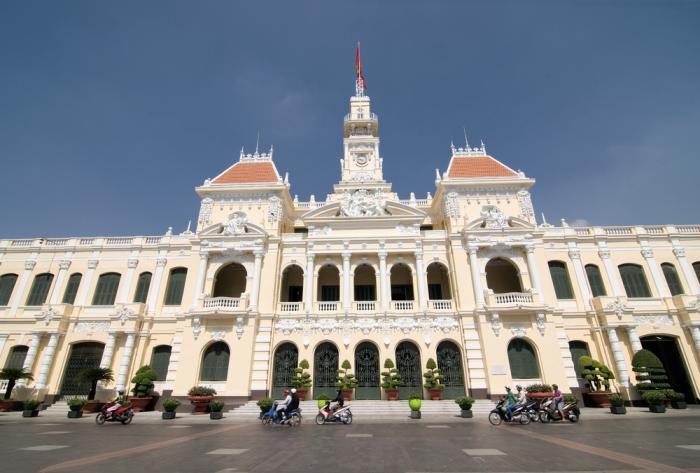 Every five years, Vietnamese dare to hope that this time, the ruling Communist Party will take a chance on change.

Four successive party congresses have just kicked the ball down the road. They have redistributed positions mainly with a view to preserving factional balance. The leadership has been left deadlocked on core issues: Vietnam’s stance toward China and other powers, the state’s role in the economy and whether Party actions should be subject to review by independent judges.

The 12th Party Congress will convene early in 2016. About 1400 delegates will assemble in Hanoi to confirm agreements hammered out among the party’s heavyweights. The most likely outcome is the election of the current Prime Minister, Nguyen Tan Dung, to the top party post: general secretary. A majority of his allies and protégés will likely be elevated to the party Politburo or executive committee.

The foreign media are apt to spin the 12th Congress as a referendum on Vietnam’s foreign policy orientation: will the Party’s pro-Chinese wing cling to key posts or must they yield to a pro-American faction? They will be behind the curve. That perennial issue was resolved six months ago when US President Barack Obama assured the current General Secretary, Nguyen Phu Trong, that the United States is quite okay with Vietnam’s current political system. China has lost Vietnam’s ‘strategic trust’ and the United States is on the way to winning it. It is an epochal shift that is positioned Hanoi between the two superpowers but in the pocket of neither.

At the 12th Congress, Dung seems poised to dominate. He is a savvy politician who in 10 years as prime minister has built a formidable bloc of supporters, a coalition of reformers (by Party standards) and opportunists. On the current Central Committee, they are a solid majority who has twice blocked unusually public attempts by the Politburo to trim Dung’s sails.

Party members know that revolutionary slogans no longer move the masses. It has been 40 years since the nation was unified under Communist rule and the median age of its 92 million citizens is 28. Most delegates to the 12th Congress would agree that what matters now is ‘performance legitimacy’ – the good vibes that flow from firm, sound and just leadership. Can the Party deliver?

The Party still monopolises power, but it no longer monopolises Vietnam’s political life. The Hanoi regime must contend with an internet-enabled chorus of dissidents who have grown steadily more sophisticated and persuasive in their analysis of the Party’s political underperformance. Online critics flay the regime as captive of ‘the interests’, crony capitalists who are all too apt to trade cash for political favours.

Assuming the prime minister’s slate will prevail, ‘the interests’ are likely to line up behind him rather than find themselves marginalised. Thus, a huge majority of the renewed Central Committee membership may vote Dung and his protégés into power. Will Dung then be in position to press a reform agenda, to don the mantle of a Vietnamese Lee Kuan Yew or Park Chung-hee? Do not bet on it yet.

By most accounts, Dung’s a shrewd opportunist who has reinvented himself after stumbling when the worldwide recession rolled over Vietnam and cratered his pet projects. Since then, Dung has responded to popular impatience for change. In a widely applauded speech two years ago, the prime minister endorsed a radical idea: the job of the state is to create conditions that allow ordinary citizens to unleash their creative potential. He has populated his cabinet with talented managers and now, it is said, Dung listens attentively to the advice offered by the nation’s new generation of bright, Western-trained economists.

It is less the opposition of the Party’s dwindling band of ideologues than the opportunists’ preference for the status quo that has blocked political and structural reform in the past and may do so in the future. The state’s direct control of many large enterprises has been a lucrative source of illicit income for enterprise managers and for central and local officials. Similar opportunities abound in the conversion of agricultural land to other uses or the preferential provision of services. Such leverage will not be lightly surrendered.

Yet, the next few years are of critical importance to Vietnam’s aspirations to succeed in the global economy. It has a big but transient advantage: a hard-working, young and relatively low-cost workforce. It can benefit hugely from being the least developed member of the Trans-Pacific Partnership (TPP). Already, while trends are neutral to negative in other East and Southeast Asian nations, Vietnam will post better than 6 percent GDP growth and nearly 10 percent export growth in 2015. Foreign investment is surging in from firms intent on a piece of the TPP pie.

This provides an extraordinary opportunity to integrate Vietnamese enterprises into value chains upstream of the final assembly operations that have so far been their role. Vietnam’s ‘industrial deepening’ will build confidence that at the next dip in the economic cycle, investors will not abandon Vietnam for the place with the currently cheapest wages.

To succeed as a reformer, Dung must pay particular attention to stimulating the domestic private sector. Farmers should receive titles to the fields they till. State enterprises that are both broke and uncompetitive must be allowed to fail. None of this will satisfy the online dissidents or the Party’s ideologues, but the economic logic is compelling. So is the political logic: decisive action will secure the Party’s command of Vietnam’s political heights for years to come.

Is Vietnam on the cusp of change? is republished with permission from East Asia Forum