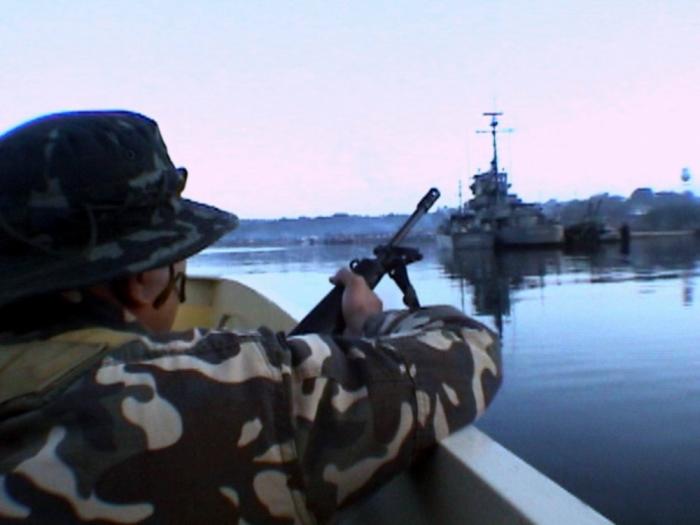 Duterte is gaining in the war on drugs, but at a terrifying cost to Filipino society.  The Philippines is drowning in a wave of killings as the government of the newly proclaimed President Rodrigo Duterte combats the illegal drug trade. Except for a few human rights advocates, there has been no outcry from the population.

While Duterte directly plays down the killings in his pronouncements, pollsters say his approval ratings are ‘excellent’ across the country’s economic classes and regions. Filipinos are gripped by a kind of collective blindness or apathy, failing to see the carnage of alleged drug offenders as a grievous wrong. Instead, they see in their tough-talking president a seriousness of purpose that is needed to turn things around for the ailing country.

In the opening salvo of the war on drugs, Duterte named and shamed high officials. The President illustrated how to shake off the corruption that drugs had wrought on high officialdom when he called five police generals ‘drug protectors’, relieving them of their posts. On 7 August, he recited on live television the names of over a hundred other officials, including politicians, judges and law enforcers, alleged to have links to drugs.

Confirming Duterte’s power, three mayors from Mindanao provinces whom he exposed have confessed and surrendered. (Never mind that the mayors had to be sent back home as legal charges have not yet been readied to detain them).

Reassured of a fearless Duterte, supporters, including Filipino progressives, are eager to see the President’s power translated to curtailing corruption and bureaucratic inefficiency, ending the armed conflict with communist-led and Moro movements, and pursuing a foreign policy that is not held hostage to US interests.

What supporters do not like to dwell on is the gravity of the killings and its disproportionate impact on the powerless and the nameless. Lists of ‘drug personalities’ at the village level have been compiled, eerily reminiscent of the military’s Order of Battle lists against leftist activists during the counterinsurgency campaigns of both former presidents Gloria Arroyo and Benigno Aquino III.

Unlike ‘narco-politicians’ who only risk losing face, these powerless others risk losing their lives. The police have been going from house to house, ‘knocking and pleading’ — as the name of the police operation is called — to get identified ‘drug personalities’ to surrender and mend their ways.

The police claim that these actions often escalate into shootouts resulting in scores of deaths. While the killings of armed suspects who resisted police have been presumed legitimate, there have also been cases where suspects were killed even though they had already surrendered. For example, Chris Babatid and Matt Rizon were killed by unidentified hitmen on 3 August in Cebu City after they surrendered to police for drug rehabilitation.

According to media monitors, killings by unknown hitmen already account for 326 of the 1054 deaths recorded since the wave of assassinations started on 10 May. Cadavers dumped on the street often bound and tagged with labels such as ‘drug pusher’ — executed in a fashion known in the country as ‘salvage’, a throwback to the Marcos era — constitute another category of casualties now numbering 93. There are also allegations that innocents have been unjustly caught up in the killing frenzy.

Duterte appears unconcerned, preferring to dismiss such cries for justice as mere ‘melodrama’. He has acknowledged that drug bigwigs silencing small fry may be behind some of the deaths.

If so, Duterte’s encouragement of vigilantes has provided drug lords cover for murder. Every dead body, no matter who — small fry drug dealers or innocent bystanders — provides a foundation for his terror-based system of discipline.

Supporters have been very charitable in dismissing Duterte’s past excesses. During the presidential election campaign, Duterte’s curses and invectives were tolerated. Even his tasteless rape ‘joke’ was defended as ‘mere words’. What was important, it was said, was that his heart was in the right place.

However, Duterte’s apparent lack of concern for poor people taking the brunt of the killings, and that drug lords are exploiting his pronouncements to commit murder of underlings and potential competitors, should give pause — especially to his progressive supporters.

They should look closely at the real effects of his anti-drug war, and seriously gather, consider and communicate the evidence of wrongful deaths — just as human rights workers have systematically and painstakingly done for leftist activists. They should stake a credible challenge to sway public opinion to demand a stop to the killings. Or else they risk a Duterte who will listen to no one — not even when it comes to the terrible plight of the Philippines’ poor.

The war on drugs has greatly benefited Duterte when it comes to projecting his power and solidifying his reputation for toughness. But it has come at the cost of a debased Filipino society willing to go along even with the deprivation of poor people’s right to grieve — and live.

A storm of bullets, a wave of apathy rocks the Philippines is republished with permission from East Asia Forum