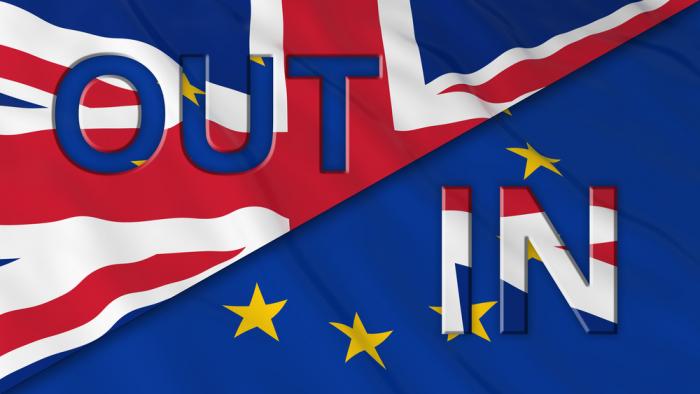 However, in reality, their tactics were grubby and racist with a relentless focus on immigration. Nigel Farage, the influential Far Right politician who leads the United Kingdom Independence Party (UKIP), set the incendiary tone. At one point in the campaign, Farage stood in front of a gigantic poster of a long queue of Muslim immigrants with the slogan “Breaking Point”.

Naturally, liberals accused Farage of using Nazi-style tactics, but the perception that outsiders were stealing British jobs, driving down wages, and overburdening the health service and schools, proved a powerful narrative in disenfranchised parts of the UK. The poorest British citizens voted by 64% to 36% to leave the EU (compared to the overall 52-48% split), according to YouGov data. These voters are the same marginalised working-class white people that Donald Trump has seduced with his anti-Mexican speeches. Meanwhile, rich and middle-class British were much more likely to vote to remain.

Though UKIP has only one MP, it won 3.9 million votes in the last general election and has terrified the Tory Party. Not knowing how to react to the rise of the Far Right, the Government has panicked disastrously. David Cameron promised to reduce immigration to the 10s of thousands, which was exposed as a lie. Moreover, under pressure from UKIP and the Tory Far Right, he called a referendum that he felt he was sure to win.

There is mounting evidence that the cynical anti-immigrant strategy could leave a lasting effect on British society by legitimising negative sentiments towards “outsiders”. The National Police Chiefs’ Council says there has been a 57% spike in the number of reported incidents of hate crime since the vote and immigrants have reported being ordered to “go back where they come” and taunted with shouts of “Out! Out! Out!”

“This is especially sad in Britain which has always been considered tolerant and liberal and more attractive to many immigrants than, for example, France,” said Sofia Vasilopoulou, an expert in Far Right politics at the University of York.  She added, “We now have a society polarised by the 48% of citizens who feel progressive, internationalist and cooperative and people who want to retreat into a nostalgic view that life was better in the 1970s before mass migration.”

The Leave Campaign’s strategy may have been nasty and divisive, but it was much more effective than the Remain Campaign’s scaremongering about the devastating consequences of Brexit for the British economy. Citing the IMF, the World Bank and the Governor of the Bank of England was never going to convince anti-establishment sections of society that have been marginalised by globalisation.

“The Leave Campaign managed to use immigration as a framework, but link it to several other important issues for voters,” said Vasilopoulou. “They claimed that getting rid of immigrants would make it easier for the working class to get jobs and that border controls would mean fewer criminals and also that healthcare and education would improve if we didn’t have to pay for immigrants. Through the one masterframe of immigration they ran a multi-dimensional campaign that attracted people without good access to welfare, or who have lost jobs, or who don’t want cultural diversity.”

The distinguished American economist John Weeks, from London’s School of Oriental and African Studies, said the referendum result was the greatest electoral victory in British history for Far Right politics. “The economic programme of UKIP’s Nigel Farage and the Tory Brexiteers is an extreme version of neoliberalism,” he said. “Their real objections to the EU include regulations that protect consumers and workers, including The Charter of Fundamental Rights of the European Union, which in their view limit ‘free trade’ and free capital flow’. It’s an ultra free market approach.”

However, the Leave Campaign managed to hide its neoliberal goals behind anti-immigrant and pro-sovereignty claims and spurious claims about redirecting EU money into the cash-strapped National Health Service. The former Mayor of London, Boris Johnson, travelled around the UK in a bus carrying the populist slogan: “We send the EU £350 million a week. Let’s fund the NHS instead.”

However, within days of the referendum result, his Leave Campaign soul mate Nigel Farage had dismissed the £350 million for the NHS claim and written an article saying the NHS had to be funded with private healthcare insurance - a purely neoliberal policy at odds with mendacious promises that seduced millions of voters.

Meanwhile, Brexit dealt a savage blow to politics on the left. Within a few days of the result, the progressive Labour leader Jeremy Corbyn - the closest British politician to Bernie Sanders - faced a no-confidence vote from his MPs and lost it by 172 votes to 40. There were also mass resignations from his shadow cabinet.

The excuse for the coup was Corbyn’s lacklustre campaign for the Remain side. However, the real reason was that the right of the Labour Party wanted to return it to the type of Blairite neoliberal ‘Tory light’ policies they say will make it “electable”. This could mean a return to support for Tory austerity cuts and an end to Corbyn’s intentions to tightly regulate The City. Corbyn has refused to resign, but the Labour Party could be split in two.

“With an eye to the split in the Labour Party, the new Tory Prime Minister might hold a quick election in a few weeks time to solidify power,” said John Weeks. “If this is combined with a second Scottish independence referendum, it could deal a massive blow to progressive politics in what would be left of Britain.”

Weeks also feared that the Brexit result would embolden Far Right politics across Europe. In France, for example, the National Front’s Marine le Pen acclaimed the result as the start of the “people’s spring” and is angling for a French referendum on EU membership. Recent polls suggest the French are even more anti-EU than the British, with 60% perceiving it negatively. In the Netherlands, the anti-Muslim politician Geert Wilders has also called for a Dutch referendum on EU membership.

Meanwhile, in Germany, the anti-immigrant Alternative for Germany (AfD) party has been in existence for just three years but already has 15% of the vote, making it the third most popular party. The AfD is even more overtly racist than UKIP. Deputy leader Alexander Gauland said most Germans admire the skills of national team defender Jérôme Boateng, but “they don’t want a Boateng as their neighbour.” Though born in Germany, Boateng is black.

Like UKIP, the AfD emits a relentless stream of anti-immigrant rhetoric and there are an increasing number of Germans willing to listen. With Germany accepting 1.1 million refugees last year alone, mass migration is a concern to many citizens.

On the left of European politics, there is a tendency to dismiss concerns about high levels of immigration as ‘racist’. The Remain Campaign in the UK referendum justified the net levels of 332,000 a year by arguing for the economic benefits. However, John Weeks says this argument is disingenuous and ignores people’s genuine concerns.

“When my working-class friends hear this argument about making a contribution, they say that if an English person did the same job, they would also be making a contribution. In addition, they are right. The free movement of capital and labour, which are rigid principles of the EU single market, are both neoliberal policies in the interests of capital. I would set controls on both. David Cameron could have set up rules around immigration to make it fairer, but he wasn’t prepared to do so because his business friends said ‘oh no, be careful how you negotiate David.’”

Without controls on migration, the strengthening of Far Right politics in Europe is inevitable, he said. The policy provides a perfect opportunity to scapegoat immigrants for the struggles of the working class in a neoliberal economy. “We’ve recently seen big gains for the right-wing People’s Party in Spain. In Italy there will be a referendum on electoral reform in November and, if it is defeated, the anti-EU right-wing forces in Italy will grow stronger in the form of the Northern League and the Five Star Movement,” he said.

Nationalist forces in Scotland, although more Social Democrat than right wing, are now pushing for a second referendum on independence. Scotland voted by 62% to 38% to stay in the EU (in England the vote was split 53.4% to 46.6% to leave) and First Minister Nicola Sturgeon has said Scotland’s desire to remain in the EU would justify a re-run if the UK leaves. This time, polls suggest that Scotland is likely to become independent.

There is just a chance, however, that the UK may never even leave the EU. Constitutional lawyers have argued that the British Parliament still needs to ratify a decision to invoke Article 50, which would trigger the two-year formal process of withdrawal. A majority of MPs voted to remain.

Sofia Vasilopoulou also argues that the referendum result could be nullified, as the entire process was undemocratic. Only one of the choices available was properly defined. “The option to remain in the EU was pretty clear, but the option to leave was not clear at all,” she said.

“There are many ways to leave - it could mean total exit from the economic area, or it could mean the Norwegian Model of remaining in the European Economic Area (EEA), but not being a member of the EU. Alternatively, it could be going it alone. No one in the vote campaign had a consistent line and if people did not know what they were voting for, that could be considered undemocratic.”

EU politicians won’t want to offer too many compromises in negotiations with the British, however, in case it creates a domino effect. With Far Right parties pressurising European governments to hold their own referendums, an entirely pain-free withdrawal might not be in the EU’s best interests.