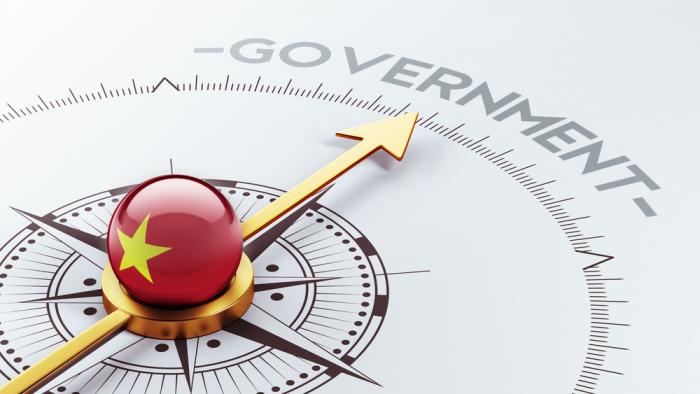 Human rights — chiefly political and religious freedoms — have been on the American agenda since Washington and Hanoi resumed direct dialogue about a quarter of a century ago. Though bilateral ties have grown vastly broader, US prodding on civil liberties still piques Vietnam’s one-party regime. Scepticism that Vietnam would live up to labour rights promises was prominent in the US debate over the pending Trans-Pacific Partnership trade pact. The Obama administration has insisted that the US embargo on the sale of lethal weapons to Vietnam will not lift until there is ‘significant progress’ on human rights.

In the absence of spectacular lightening up on civil liberties by Hanoi, the Americans are unlikely to shelve their criticism no matter how close US–Vietnam ties may become in other respects. With some justification, Hanoi can complain that Washington holds it, among America’s friends, to a uniquely high standard. There is a subjective element at work here: Vietnam’s intolerance of domestic dissent is a significant impediment to the resolution of America’s Vietnam War trauma. Americans want their former foes to be like America. If, like Germany and Japan, the Vietnamese become exemplary world citizens, the sting of defeat eases, the spilt blood and treasure somehow justified.

Eighteen months ago, a US diplomat in Hanoi gave me a wallet-sized summary of American human rights objectives. The United States, the card said, ‘supports a strong, prosperous and independent Vietnam that promotes human rights and the rule of law’. It listed five ‘prisoners of concern’ (only one remains in goal; two moved to the United States).

The card also listed a number of specific objectives. Among them is one that Hanoi must wish it did not agree to, the July 2014 visit of UN Human Rights Commission’s Special Rapporteur on Religion, Heiner Bielefeldt. Someone, perhaps in the Foreign Ministry, did heavy lifting to get Bielefeldt’s mission approved. It went badly. In several towns, internal security personnel harassed the believers that Bielefeldt had arranged to meet. Furious, the special rapporteur aborted his mission and filed a damning report.

Was the fiasco the result of sabotage by die-hard ideologues? Was it just a bungle traceable to a lack of coordination between centre and province, or party commission and ministry? Alternatively, was it evidence of the regime’s fundamental aversion to values that the West asserts are universal?

In May, for the 19th time, American and Vietnamese officials discussed Hanoi’s performance in the sphere of human rights. By some accounts, the bilateral dialogue has become more cordial in recent years: ‘US officials describe the two-way discussion as being more straightforward …. Vietnamese officials, pointing to progress being made on human rights, call on the US side to show more patience’.

The Americans, aiming to leverage Hanoi’s keen interest in escaping the middle income trap, press the notion that political pluralism and proliferation of civil society institutions are essential foundations of a just and prosperous society. These are thoughts that resonate with the 61 retired Communist Party members who, a year ago, published an open appeal to current leaders. To the extent, that online advocacy is a reliable index; they also resonate with politically aware Vietnamese who are not party members.

Apparently, the American officials do not press for specific change. Revision of Vietnam’s criminal code is not among the nine bullet points on the US summary mentioned. They say nothing about Article 258, which prohibits citizens from abusing democratic freedoms to infringe on the interests of the state; Article 79, which prohibits activities aimed at ‘overthrowing the people’s administration’; or Article 88, which criminalises ‘propaganda’ against the Socialist Republic of Vietnam. Nor, for that matter, is there anything on the card about free elections or multiple parties.

Hanoi listens politely, because it knows that stonewalling would jeopardise things it really wants: access to US markets, US support in international forums, American defence technology and knowhow and backup against an overly aggressive China. That’s common sense. But within Vietnam’s regime, there is no discernible constituency for the sorts of rights featured in the annual US political and religious rights reports. Lack of news to the contrary suggests that in its dialogue with the United States, Hanoi has not volunteered much, save the expulsion of an occasional incarcerated dissident.

The Vietnamese party-state as a whole is simply not interested in according its citizens absolute political rights, particularly not the right to organise outside the orbit of the Communist Party or to advocate anything they please. Though it has become perceptibly more sensitive to internet-enabled public opinion and seems tacitly to have accorded more ‘space’ to civil society, the Hanoi regime is dead-set against reforms that would dilute the political monopoly of the Communist Party.

Yet, Hanoi recognises that evolution is essential; successful participation in the global economy does require institutional transparency, formal limits on the exercise of arbitrary power and an efficient and predictable judicial system. These are attributes that give confidence to foreign investors and to homegrown entrepreneurs. Thus for the last quarter of a century, Vietnam has been striving to adapt the ideological underpinnings of the Communist regime, a theory of ‘socialist law’ based on a Leninist Russian model, to suit its current objective of blending successfully into a global, capitalist economic system.

That quest has led to a muddle of legislation that welds principles and rules appropriate to a growing economy and widening world-view to what’s left of the Marxist-Leninist ideology. Hanoi aims to overhaul its laws so that its citizens — and prospective foreign investors — understand clearly what is permissible and what is not. Its experts have consulted widely, and ultimately Vietnam’s legal code may reflect influences from eight or ten countries. On political rights, however, it is not hard to escape the conclusion that the Vietnamese party-state’s model is not the United States or other pluralist democracies, nor is it China. It is Singapore, the city-state that has perfected ‘authoritarian legalism’.

There are thoughtful Vietnamese who argue that authoritarianism is not an inevitable end. They hope to persuade the regime that sustaining its legitimacy, and hence its grip on power, requires political reform, a sort of Vietnamese perestroika. If large numbers of citizens know their constitutional rights and constantly assert them, they say, the regime will have no choice but to repair its shortcomings.

The regime is wary of such talk. Party ideologues warn against the Eastern European colour revolution scenario that toppled communist regimes in Prague, Warsaw, Budapest, Belgrade and elsewhere.

As also happened in Singapore, there has been substantial expansion of individual liberties and of the civil society sphere in Vietnam in recent years. This evolution is attributable not so much to party-state initiative as to its forbearance, grounded in recognition that tight curbs on travel, association, access to information and permissible speech are incompatible with an efficiently functioning market economy. Still missing in Vietnam, however, is the internal discipline that makes the Singapore regime unique.

On human rights, US and Vietnam still talking past each other is republished with permission from East Asia Forum