•
Economics
•
by
The Conversation 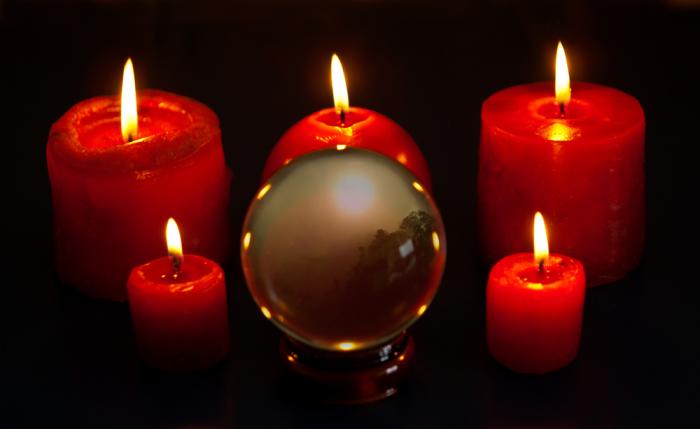 Anybody who has seen a convertible caught in a rainstorm understands the importance of weather forecasts. In addition, the expectation is that the forecast is in fact accurate and reliable. Economies, like weather systems, are complex. Instead of having a foundation based on predictable laws of physics, they are built on human behaviour. Some would argue predictable human behaviour.

With all the information available to Homo Economicus, one naturally wonders how he (according to this Latin name, he is male) makes choices. Being completely rational and unbiased, which is the entity most likely to guide his decisions?

He is most likely, being rational and unbiased, to follow the forecasts of the entity that is reliable and has been consistently accurate over a period of time. In the New York Times bestseller Predictably Irrational, Professor Dan Ariely explains that most people are very unlike Homo Economicus. If anything, they are completely irrational. Despite this, they behave in a predictable fashion.

Predictability builds confidence and certainty in an economy. Individuals feel more optimistic. Their decisions become more efficient. Inaccurate forecasts, whether they underestimate or overestimate, incur additional costs. They lead the economy astray. Forecasts are therefore crucial for all economic and business activity. Looking into the future involves uncertainty and risk and the fact that forecasts may be inaccurate creates a serious dilemma for policy makers. As a recent headline so aptly infers, economists’ crystal balls are cracked.

The national treasury in any country is, among other things, responsible for managing the government’s finances and allocating funds to the relevant departments. When Homo Economicus listens to the budget speech and the national treasury forecasts, he forms his expectations, which determine his behaviour. This is regardless of his occupation. The quality, accuracy and reliability of these forecasts are therefore of utmost importance.

The challenges of forward-looking forecasts

The forward-looking nature of policy deliberations stems from the fact that there are lags associated with the response of economic activity to variations in macroeconomic policy changes.

Forecasting accuracy, especially over longer horizons, is equally important for fiscal policy credibility. The role of forecasting becomes crucial. The primary focus for forecasters should not be making highly specific or detailed numerical forecasts. Rather they should provide a general indication of the likely environment in which forward-looking policy needs to be formulated.

Macroeconomic forecasts done by any entity – private sector companies like Thompson Reuters, agencies such as the International Monetary Fund or the national treasury office – begins with an internal forecasting process. These preliminary estimates can be generated through:

* pure judgement based on the perturbations of recent events.

For example, if central banks want to achieve a target for inflation they need to be able to forecast inflation and adjust policy accordingly.

The “official” forecasts of the National Treasury of South Africa are usually made biannually. The first, just before the start of the financial year, coincides with the day the finance minister delivers his budget speech. The second happens when the medium term budget is reviewed towards the end of the year.

A common practice is to provide estimates of revenue and expenditure for the current year as well an extra three years. In addition, the treasury includes its own estimates of broad macroeconomic indicators such as GDP growth and inflation. For the current year, the forecasts of these indicators take the form of a point estimate. For years beyond the budget year, these broad macroeconomic parameters take the form of projections rather than definitive estimates.

Before publishing, the preliminary projections are frequently compared to those made by the private sector, namely Consensus, Reuters and Bloomberg. If they differ significantly, they are often reconsidered and updated.

Without a crystal ball, the forecasts are ultimately a mixture of science that has been generated through carefully evaluated econometric systems and a healthy dose of artful judgement and revision.

While the private sector in most industrial countries generates dozens of macroeconomic forecasts, official forecasts generally only emanate from two or three government agencies. Thus, the quality, accuracy and reliability of the forecasts by central banks and the treasury become paramount.

Getting it wrong more times than getting it right

Studies reveal the inability of forecasters to correctly or timeously predict outcomes. Based on a sample of 63 industrial and developing countries, a study by Prakash Loungani at the International Monetary Fund is revealing. It showed that private sector forecasters were only able to predict two of the 60 recessions that occurred over the sample while the majority remained undetected.

Professor Philip Tetlock also spent many years researching the accuracy of forecasts – specifically in a political realm. After collecting and analysing 28 000 predictions from 284 experts, he found that the average expert’s forecasts were only slightly more accurate than random guessing.

This ubiquitous failure to make predictions in an uncertain world has called to question the reliability of “official” forecasts generated by government and inter-governmental institutions as well as those from the private sector.

A fundamental component of the global environment is uncertainty. Rather than expecting forecasts to foresee events, Homo Economicus should rationally accept that uncertainty exists. As Makridakis et al suggest, use forecasts to estimate the uncertainty, and then double the range. This is because people are conditioned to underestimate uncertainty and should therefore not believe any predictions about the future. Rather develop plans that will be sensitive to surprises.

Despite their poor track record, forecasters still play a vital role. They are integral to establishing even a general sense of the future. The practice of forecasting can therefore not be relegated.

It’s sort of like preparing to set sail across an ocean. You would never claim to be able to predict the weather or conditions you might encounter, but you can understand your path, potential weather patterns and how your vessel operates so you can increase the odds that you will make if there in one piece.

Economic forecasting: why it matters and why it’s so often wrong is republished with permission from The Conversation