A Tumultuous Week Quiets with Some Optimism 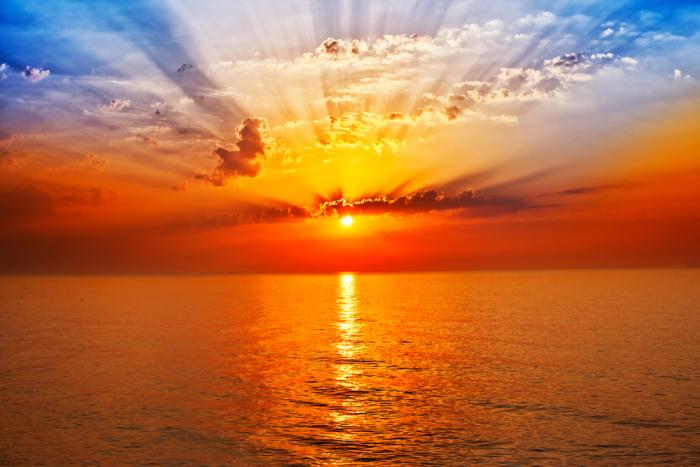 There is a growing sense of optimism that Greece and its creditors will strike a deal.  There is also a sense that although nearly half of China's stocks are still frozen, that the dramatic sell-off is over.

Although we detected the first shift in psychology on July 8, developments over the past 24-hours have now become recognizable to all.  This has spurred a significant market reaction.  The euro is at its best level since June 30 and is nearing $1.12.  Sterling and the Swiss franc are up with it.  The yen is giving back its haven-inspired gains seen earlier this week.  The next hurdle is in the JPY122.70 area.  The dollar-bloc currencies are slightly firmer.

European stocks are higher with the Dow Jones Stoxx 600 up 1.8% near midday in London, led by a more than 2% rally in the financials.  Peripheral bonds have rallied strongly while core bonds are under pressures, and the Grexit trades are unwound.

While much has been said of Greek Prime Minister Tsipras, he continues to keep European officials off-balance.  Tsipras quickly moved to dismiss his controversial and divisive finance minister, gained wide support for rejecting the creditors' conditions for new funds, and secured support from opposition parties (though Samaras quit as leader of the opposition New Democracy).  Apparently, with France's assistance, he has submitted a new proposal that is very similar to the one rejected prior to the referendum.

The official creditors will review the proposal today, but the preliminary signs are favorable, even if there is a bit more haggling to come.  Assuming the creditors can agree, the Euro group of finance ministers will decide on Saturday whether it can recommend re-opening negotiations, which would include a bridge loan to make meet this month's obligations.  They may avoid a special EU-wide heads of state meeting on Sunday if the Euro group decision is positive.

There appear to be two key issues now.

First, over the last couple of weeks the Greek economy has deteriorated, though it is difficult to know with any precision.  This means the need for more savings to reach the same objectives as the previous June 26 deal that Tsipras appears willing to accept now.  Estimates suggest this cost could be another 3.5 bln euros.

Second is the thorny issue of debt relief.  Here the form is just as important if not more so than the function.  The function is to ensure that Greece's debt is sustainable.  A haircut seems to be the most obvious measure, but this is politically difficult and apparently unacceptable.  There are three other measures that can achieve a similar result in real terms: extend maturities, reduce interest rates, and lengthen the debt servicing time interval.

What does this mean for the bank holiday and capital controls?  Capital controls will likely have to remain in place longer than the bank holiday.  The closure of Greek banks is nearing a modern record.  The ECB meets on Monday, and depending on the developments over the weekend, may offer to unfreeze liquidity for Greek banks.  The deposit withdrawals and deterioration of the loan book may force not only a recapitalization of the banks but also some combination.  It is possible that Greece goes from four large banks to two.  There are a number of forms that ECB assistance can take, but the key point is that provided that negotiations for a third assistance program can be initiated, the ECB can resume the functions usually associated with a central bank's lender-of-last-resort functions.

As many as six national parliaments, including Germany, need to sanction new negotiations.  However, this is largely a formality if the heads of state and creditors give their approval.  Investors need to keep in mind that a formal deal is not under discussion, so much as exploring whether a basis for new negotiations exists.  We expect an affirmative answer, and this will suffice to take a big step away from the abyss that was opening. In our assessment, what the pessimists and cynics got wrong was misunderstanding the incentive structure facing both the creditors and Greece.  They also under-estimated the power of the political will to maintain the irrevocable nature of monetary union.

Meanwhile, the other major disruption to the global capital markets has been the precipitous decline in Chinese stocks.  The Chinese government tried several measures to stabilize the market. Although nearly half the stocks remain frozen, it appears to bolstered sentiment.  Several large foreign investors have indicated they were buying Chinese shares.  The fund trackers also suggest that Chinese equity ETFs are experiencing substantial inflows.

The other important development has been the jump in Norway's CPI.  The headline rose by 0.3%, whereas the Bloomberg consensus was looking for a 0.4% decline.  This pushed the year-over-year rate to 2.6% from 2.1%.  The underlying rate (adjusts for tax changes and excludes energy) jumped to 3.2% from 2.4%.  This is the highest since 2009.  This is important because many had expected that the Norges Bank would follow up its recent rate cut with another one in September. Today's data makes this somewhat less likely, and the krone has been rewarded with a nearly 2% advance against the dollar and nearly 0.75% against the euro.

While European developments will continue to command much of the focus in North America today, many will watch Fed Chief Yellen's speech on the US economy (with Q&A) closely for hints into next week's Congressional testimony.  We expect Yellen to give nothing away.  The Fed's assessment that the headwinds that led to the US economic stagnation in Q1 were temporary looks valid.

Yellen has engineered a shift from a date focus to a data-dependent path.  A July move never seemed likely, but we expect her not to close the door on a September move. Yellen will likely specify the conditions, which as we know are continued improvement in the labor market and 'reasonable confidence' of meeting the inflation target over the medium term.  While recognizing the risks emanating from Greece and China, as the FOMC minutes showed, we expect Yellen express some optimism of avoiding the worst of these.