A Cyberspace Lesson from South Korea 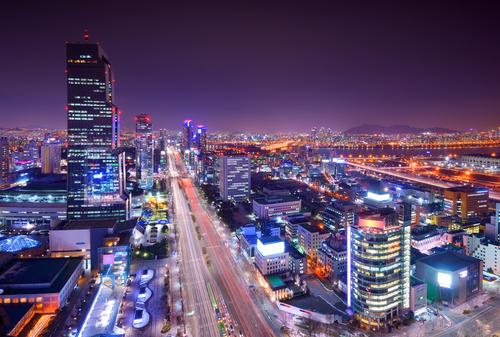 Over 3 million South Koreans have downloaded a Germany-based smartphone messenger app, Telegram, while 400,000 users of Kakao Talk — the nation’s most widely used messenger app — terminated their account, in protest against government attempts to crackdown on dissenters.

The mass boycott of Kakao Talk occurred in response to the public prosecutor’s initiative to impose surveillance on personal messaging services. Kakao Talk is an integral part of everyday life of Koreans; of the country’s population of 50 million, 35 million use the smartphone application. By terminating their user accounts, these ‘cyber exiles’ asserted their right to privacy and freedom of expression and attracted domestic and international attention regarding the state’s intrusion and control of cyberspace. In response, Daum-Kakao hurriedly announced that the company would not in the future cooperate with the public prosecutor’s warrants for wiretaps or access to stored messages, and would adopt appropriate technology to prevent government screening.

The state control and manipulation of cyberspace and online platforms has been a growing concern since the National Intelligence Service’s systemic involvement in online commenting became evident in the last presidential election. The government access to personal messaging services is a particularly alarming move; it substantiates the concern that the government is determined to monitor private communications in order to protect the president. It began with President Park Geun-hye’s remark on 16 September ‘not to neglect debunking remarks which bring about social polarisation’ in the context of a prolonged debate over the president and the government’s response to the sinking of Sewol. In response to this remark, the public prosecutor demanded four major domestic IT companies to cooperate with the prosecutor’s request to ‘gain real-time access, share information and delete messages’ that are considered ‘groundless rumours on socially controversial issues, false statements, and debunking statements’.

But it was revealed that government surveillance on private messaging services had occurred in the past. In the first half of this year, Daum-Kakao received 61 warrants to wiretap user accounts and 2131 requests to release user information, and the company had cooperated with more than three quarters of the requests. This means ‘near real-time’ surveillance as well as a large-scale screening of completed contents had already been made. It was further revealed that the number of police searches of e-mails and mobile messengers has doubled under President Park’s administration.

This raises a further concern that government agencies can gain access to the servers of the companies and can freely collect information even without search warrants, as the United States’ NSA and FBI did in cooperation with nine IT companies under the PRISM program.

So how did Telegram come about as an alternative? Kim Å-joon, the host of an internet-only show Papa Is, introduced Telegram as a safe alternative on 1 October, thanks to its commercial-in-confidence chat function which does not save records on the servers, and a delete function which allows users to erase messages forever on both sides of the conversation. What was further attractive about Telegram was its philosophy, reflected in the app motto, ‘Taking Back Our Right to Privacy’. Kim commended the founder, Pavel Durov’s, refusal to release VK (Russia’s largest social network) user information upon the request of the Russian Federal Security Service, which was contrasted with Kakao Talk’s docile response to the demands of the South Korean government. The software used in Telegram were considerate choices based on the founder’s consciousness about privacy protection. Within one week of the release of the show, 1.5 million Koreans registered as Telegram users.

This mass action taught South Korea’s IT companies and engineers an important lesson: that the rights of the user should be the foremost priority. The cyber exiles also taught the government that any further moves to violate privacy and curtail freedom of speech would damage its reputation and would attract critical international attention and scrutiny. But most importantly, it taught technology users that they themselves had a responsibility to be ‘technology-literate’ to protect their own rights.