Fool for Gold: Why the Precious Metal Remains a Barbarous Relic: Nouriel Roubini

•
Commodities and Currencies
•
by
Nouriel Roubini 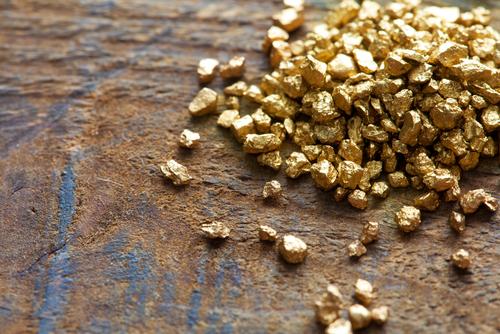 Gold prices tend to spike when there are serious economic, financial and geopolitical risks. But now that the global economy is recovering, prices are expected to trend lower over time as the financial crisis mends itself. As John Maynard Keynes rightly pointed out in 1924, gold remains a “barbarous relic” with no intrinsic value, and is used mainly as a hedge against mostly irrational fear and panic.

VENICE – The run-up in gold prices in recent years – from $800 per ounce in early 2009 to above $1,900 in the fall of 2011 – had all the features of a bubble. And now, like all asset-price surges that are divorced from the fundamentals of supply and demand, the gold bubble is deflating.

At the peak, gold bugs – a combination of paranoid investors and others with a fear-based political agenda – were happily predicting gold prices going to $2,000, $3,000, and even to $5,000 in a matter of years. But prices have moved mostly downward since then. In April, gold was selling for close to $1,300 per ounce – and the price is still hovering below $1400, an almost 30% drop from the 2011 high.

There are many reasons why the bubble has burst, and why gold prices are likely to move much lower, toward $1,000 by 2015.

First, gold prices tend to spike when there are serious economic, financial, and geopolitical risks in the global economy. During the global financial crisis, even the safety of bank deposits and government bonds was in doubt for some investors. If you worry about financial Armageddon, it is indeed metaphorically the time to stock your bunker with guns, ammunition, canned food, and gold bars.

But, even in that dire scenario, gold might be a poor investment. Indeed, at the peak of the global financial crisis in 2008 and 2009, gold prices fell sharply a few times. In an extreme credit crunch, leveraged purchases of gold cause forced sales, because any price correction triggers margin calls. As a result, gold can be very volatile – upward and downward – at the peak of a crisis.

Related: The Gold Outlook For 2013

Second, gold performs best when there is a risk of high inflation, as its popularity as a store of value increases. But, despite very aggressive monetary policy by many central banks – successive rounds of “quantitative easing” have doubled, or even tripled, the money supply in most advanced economies – global inflation is actually low and falling further.

The reason is simple: while base money is soaring, the velocity of money has collapsed, with banks hoarding the liquidity in the form of excess reserves. Ongoing private and public debt deleveraging has kept global demand growth below that of supply.

Thus, firms have little pricing power, owing to excess capacity, while workers’ bargaining power is low, owing to high unemployment. Moreover, trade unions continue to weaken, while globalization has led to cheap production of labor-intensive goods in China and other emerging markets, depressing the wages and job prospects of unskilled workers in advanced economies.

With little wage inflation, high goods inflation is unlikely. If anything, inflation is now falling further globally as commodity prices adjust downward in response to weak global growth. And gold is following the fall in actual and expected inflation.

Third, unlike other assets, gold does not provide any income. Whereas equities have dividends, bonds have coupons, and homes provide rents, gold is solely a play on capital appreciation. Now that the global economy is recovering, other assets – equities or even revived real estate – thus provide higher returns. Indeed, US and global equities have vastly outperformed gold since the sharp rise in gold prices in early 2009.

Fourth, gold prices rose sharply when real (inflation-adjusted) interest rates became increasingly negative after successive rounds of quantitative easing. The time to buy gold is when the real returns on cash and bonds are negative and falling. But the more positive outlook about the US and the global economy implies that over time the Federal Reserve and other central banks will exit from quantitative easing and zero policy rates, which means that real rates will rise, rather than fall.

Fifth, some argued that highly indebted sovereigns would push investors into gold as government bonds became more risky. But the opposite is happening now. Many of these highly indebted governments have large stocks of gold, which they may decide to dump to reduce their debts. Indeed, a report that Cyprus might sell a small fraction – some €400 million ($520 million) – of its gold reserves triggered a 13% fall in gold prices in April. Countries like Italy, which has massive gold reserves (above $130 billion), could be similarly tempted, driving down prices further.

Related: Bundesbank to Repatriate Gold from Vaults in NY and Paris

Sixth, some extreme political conservatives, especially in the United States, hyped gold in ways that ended up being counterproductive. For this far-right fringe, gold is the only hedge against the risk posed by the government’s conspiracy to expropriate private wealth. These fanatics also believe that a return to the gold standard is inevitable as hyperinflation ensues from central banks’ “debasement” of paper money. But, given the absence of any conspiracy, falling inflation, and the inability to use gold as a currency, such arguments cannot be sustained.

So gold remains John Maynard Keynes’s “barbarous relic,” with no intrinsic value and used mainly as a hedge against mostly irrational fear and panic. Yes, all investors should have a very modest share of gold in their portfolios as a hedge against extreme tail risks. But other real assets can provide a similar hedge, and those tail risks – while not eliminated – are certainly lower today than at the peak of the global financial crisis.

While gold prices may temporarily move higher in the next few years, they will be very volatile and will trend lower over time as the global economy mends itself. The gold rush is over.