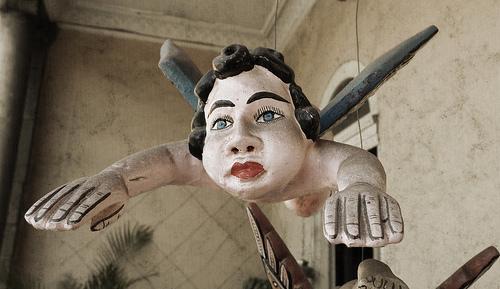 Time is running out for the eurozone. Unless a euro-bond regime of one kind or another can be reached, the euro will break down. As the EU’s largest and best-rated economy, Germany has a critical role to play in Europe’s future. But the Germans are not willing to accept any level of responsibility. Till the day they do, Europe is headed towards a breakdown of the euro that will precipitate a banking crisis beyond the control of global financial authorities.

NEW YORK – Financial markets abhor uncertainty; that is why they are now in crisis mode. The governments of the eurozone have taken some significant steps in the right direction to resolve the euro crisis but, obviously, they did not go far enough to reassure the markets.

At their meeting on July 21, the European authorities enacted a set of half-measures. They established the principle that their new fiscal agency, the European Financial Stability Fund (EFSF), should be responsible for solvency problems, but they failed to increase the EFSF’s size. This stopped short of establishing a credible fiscal authority for the eurozone. And the new mechanism will not be operative until September at the earliest. In the meantime, liquidity provision by the European Central Bank is the only way to prevent a collapse in the price of bonds issued by several European countries.

Likewise, Eurozone leaders extended the EFSF’s competence to deal with banks’ solvency, but stopped short of transferring banking supervision from national agencies to a European body. And they offered an extended aid package to Greece without building a convincing case that the rescue can succeed: they arranged for the participation of bondholders in the Greek rescue package, but the arrangement benefited the banks more than Greece.

Perhaps most worryingly, Europe finally recognized the principle – long followed by the IMF – that countries in bailout programs should not be penalized on interest rates, but the same principle was not extended to countries that are not yet in bailout programs. As a result, Spain and Italy have had to pay much more on their own borrowing than they receive from Greece. This gives them the right to opt out of the Greek rescue, raising the prospect that the package may unravel. Financial markets, recognizing this possibility, raised the risk premium on Spanish and Italian bonds to unsustainable levels. ECB intervention helped, but it did not cure the problem.

The situation is becoming intolerable. The authorities are trying to buy time, but time is running out. The crisis is rapidly reaching a climax.

Germany and the other eurozone members with AAA ratings will have to decide whether they are willing to risk their own credit to permit Spain and Italy to refinance their bonds at reasonable interest rates. Alternatively, Spain and Italy will be driven inexorably into bailout programs. In short, Germany and the other countries with AAA bond ratings must agree to a eurobond regime of one kind or another. Otherwise, the euro will break down.

It should be recognized that a disorderly default or exit from the eurozone, even by a small country like Greece, would precipitate a banking crisis comparable to the one that caused the Great Depression. It is no longer a question whether it is worthwhile to have a common currency. The euro exists, and its collapse would cause incalculable losses to the banking system. So the choice that Germany faces is more apparent than real – and it is a choice whose cost will rise the longer Germany delays making it.

The euro crisis had its origin in German Chancellor Angela Merkel’s decision, taken in the aftermath of Lehman Brothers’ default in September 2008, that the guarantee against further defaults should come not from the European Union, but from each country separately. And it was German procrastination that aggravated the Greek crisis and caused the contagion that turned it into an existential crisis for Europe.

Only Germany can reverse the dynamic of disintegration in Europe. That will not come easily: Merkel, after all, read the German public’s mood correctly when she made her fateful decision, and the domestic political atmosphere has since become even more inhospitable to extending credit to the rest of Europe.

Merkel can overcome political resistance only in a crisis atmosphere, and only in small steps. The next step will likely be to enlarge the EFSF; but, by the time that step is taken, France’s AAA rating may be endangered. Indeed, by the time Germany agrees to a eurobond regime, its own AAA standing may be at risk.

Related: Europocalypse: Are The Days of The Eurozone Numbered? : Nouriel Roubini

The only way that Europe can escape from this trap is by acting in anticipation of financial markets’ reactions, rather than yielding to their pressure after the fact. This would require intense debate and soul-searching, particularly in Germany, which, as the EU’s largest and best-rated economy, has been thrust into the position of deciding the future of Europe.

That is a role that Germany has been eager to avoid and remains unwilling to accept. But Germany has no real choice. A breakdown of the euro would precipitate a banking crisis that would be beyond the global financial authorities’ ability to control. The longer Germany takes to recognize this, the higher the price it will have to pay.

George Soros is chairman of the Soros Fund Management, which functions as the primary advisor for the Quantum Group of Funds – started in the early 1970s by Soros and Jim Rogers. Soros is famously known as “the man who broke the Bank of England” in 1992, when the Quantum Fund forced the United Kingdom to devalue the pound. Soros is also known for his philanthropic work, mainly in support for liberal ideals and causes.