Is A Broader Financial Derisking Cycle At Hand?: Nouriel Roubini 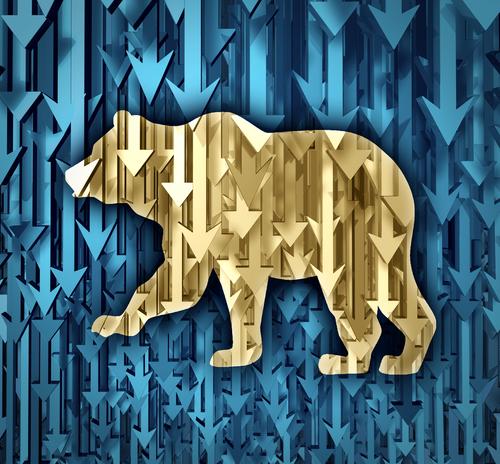 The prices of a wide range of risky assets have been rising, despite sluggish GDP growth worldwide. This discrepancy reflects a new period of financial-market volatility – one that could mark the beginning of a broader de-risking cycle for financial markets.

NEW YORK – Until the recent bout of financial-market turbulence, a variety of risky assets (including equities, government bonds, and commodities) had been rallying since last summer. But, while risk aversion and volatility were falling and asset prices were rising, economic growth remained sluggish throughout the world. Now the global economy’s chickens may be coming home to roost.

Japan, struggling against two decades of stagnation and deflation, had to resort to Abenomics to avoid a quintuple-dip recession. In the United Kingdom, the debate since last summer has focused on the prospect of a triple-dip recession. Most of the eurozone remains mired in a severe recession – now spreading from the periphery to parts of the core. Even in the United States, economic performance has remained mediocre, with growth hovering around 1.5% for the last few quarters.

And now the darlings of the world economy, emerging markets, have proved unable to reverse their own slowdowns. According to the IMF, China’s annual GDP growth has slowed to 8%, from 10% in 2010; over the same period, India’s growth rate slowed from 11.2% to 5.7%. Russia, Brazil, and South Africa are growing at around 3%, and other emerging markets are slowing as well.

This gap between Wall Street and Main Street (rising asset prices, despite worse-than-expected economic performance) can be explained by three factors. First, the tail risks (low-probability, high-impact events) in the global economy – a eurozone breakup, the US going over its fiscal cliff, a hard economic landing for China, a war between Israel and Iran over nuclear proliferation – are lower now than they were a year ago.

Second, while growth has been disappointing in both developed and emerging markets, financial markets remain hopeful that better economic data will emerge in the second half of 2013 and 2014, especially in the US and Japan, with the UK and the eurozone bottoming out and most emerging markets returning to form. Optimists repeat the refrain that “this year is different”: after a prolonged period of painful deleveraging, the global economy supposedly is on the cusp of stronger growth.

This massive wave of liquidity searching for yield fueled temporary asset-price reflation around the world. But there were two risks to liquidity-driven asset reflation. First, if growth did not recover and surprise on the upside (in which case high asset prices would be justified), eventually slow growth would dominate the levitational effects of liquidity and force asset prices lower, in line with weaker economic fundamentals. Second, it was possible that some central banks – namely the Fed – could pull the plug (or hose) by exiting from QE and zero policy rates.

This brings us to the recent financial-market turbulence. It was already evident in the first and second quarters of this year that growth in China and other emerging markets was slowing. This explains the underperformance of commodities and emerging-market equities even before the recent turmoil. But the Fed’s recent signals of an early exit from QE – together with stronger evidence of China’s slowdown and Chinese, Japanese, and European central bankers’ failure to provide the additional monetary easing that investors expected – dealt emerging markets an additional blow.

These countries have found themselves on the receiving end not only of a correction in commodity prices and equities, but also of a brutal re-pricing of currencies and both local- and foreign-currency fixed-income assets. Brazil and other countries that complained about “hot money” inflows and “currency wars,” have now suddenly gotten what they wished for: a likely early end of the Fed’s QE. The consequences – sharp capital-flow reversals that are now hitting all risky emerging-market assets – have not been pretty.

Whether the correction in risky assets is temporary or the start of a bear market will depend on several factors. One is whether the Fed will truly exit from QE as quickly as it signaled. There is a strong likelihood that weaker US growth and lower inflation will force it to slow the pace of its withdrawal of liquidity support.

Another variable is how much easier monetary policies in other developed countries will become. The Bank of Japan, the European Central Bank, the Bank of England, and the Swiss National Bank are already easing policy as their economies’ growth lags that of the US. How much further they go may well be influenced in part by domestic conditions and in part by the extent to which weaker growth in China exacerbates downside risks in Asian economies, commodity exporters, and the US and the eurozone. A further slowdown in China and other emerging economies is another risk to financial markets.

Then there is the question of how emerging-market policymakers respond to the turbulence: Will they raise rates to stem inflationary depreciation and capital outflows, or will they cut rates to boost flagging GDP growth, thus increasing the risk of inflation and of a sudden capital-flow reversal?

Two final factors include how soon the eurozone economy bottoms out (there have been some recent signs of stabilization, but the monetary union’s chronic problems remain unresolved), and whether Middle East tensions and the threat of nuclear proliferation in the region – and responses to that threat by the US and Israel – escalate or are successfully contained.

A new period of uncertainty and volatility has begun, and it seems likely to lead to choppy economies and choppy markets. Indeed, a broader de-risking cycle for financial markets could be at hand.