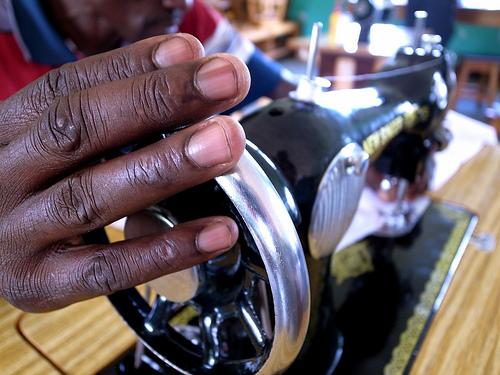 The world has changed markedly since East Asia began its remarkable developmental transition more than a half-century ago: Their development policies worked while all too often, those that followed the neo-liberal “Washington Consensus” policy prescriptions failed miserably. In the decade to come, African countries will benefit from reflecting on these successes and failures, and on what they mean for their own development strategies.

NEW YORK – On June 1-3, Japan is hosting the fifth meeting of TICAD, the Tokyo International Cooperation on African Development. The meeting is a reminder that, while the rest of the world obsesses over Europe’s economic travails, America’s political paralysis, and the growth slowdown in China and other emerging markets, there remains a region – Sub-Saharan Africa – where poverty is almost the rule, not the exception.

Developed countries have repeatedly broken their promises of aid or trade. Yet Japan, still suffering from two decades of economic malaise, has somehow managed to remain actively engaged – not because of its strategic interests, but in order to meet a genuine moral imperative, namely that those who are better off should help those in need.

Africa today presents a mixed picture. There are some notable successes – from 2007 to 2011, five of the world’s ten fastest-growing countries with a population of more than 10 million were in Africa. And their progress has not been based solely on natural resources.

Among the best-performing countries have been Ethiopia, where GDP grew by roughly 10% annually in the five years ending in 2011, and Rwanda, Tanzania, and Uganda, where annual output has grown by more than 6% for a decade or more. But, while some sources indicate that there are now more middle-class families in Africa (defined as having annual incomes in excess of $20,000) than in India, the continent also contains countries with the world’s highest levels of inequality.

In Pictures: 12 Fastest Growing Economies for 2013

Most disappointing, even countries that have put their macroeconomic house in order and have made progress in governance have found it difficult to attract investment outside of the natural-resource sector.

Japan’s engagement is particularly important not only in terms of money and moral support, but also because Africa may learn something from East Asia’s development experience. This may be particularly relevant today, with China’s rising wages and appreciating exchange rate underscoring rapid change in global comparative and competitive advantage.

Some manufacturing will move out of China, and Africa has a chance of capturing some fraction of it. This is especially significant, given that, over the last 30 years, Sub-Saharan Africa has suffered from de-industrialization. Indeed, by the late 2000’s – owing partly to the structural-adjustment policies pushed by the international financial institutions – manufacturing as a share of GDP in developing African economies was lower than it was in 1980.

But a manufacturing boom will not happen by itself. African governments must undertake industrial policies to help restructure their economies.

Such policies have been controversial. Some argue that government is not good at picking winners. Some argue that it makes no difference whether a country produces potato chips or computer chips.

Both perspectives are misguided. The purpose of such policies is to address well-known limitations in markets – for example, the important learning externalities, as skills relevant to one industry benefit nearby industries.

The goal of industrial policies is to identify these spillovers, and governments have done a very credible job in this respect. In the United States, the government promoted agriculture in the nineteenth century; supported the first telegraph line (between Baltimore and Washington, demonstrated in 1844) and the first transcontinental line, thereby launching the telecommunications revolution; and then nurtured the Internet revolution. Inevitably, government – through its infrastructure, laws and regulations (including taxation), and education system – shapes the economy. For example, American tax and bankruptcy laws, combined with deregulation policies, effectively encouraged the creation of a hypertrophied financial sector.

With resources so scarce, developing countries cannot afford the luxury of such waste. They have to think carefully about the future direction of their economies – about their dynamic comparative advantages.

The world’s most successful developing countries – those in East Asia – did just this, and among the lessons to be shared are those concerning how they conducted industrial policies at a time when their governments lacked the sophistication and depth of talent that they have today.  Weaknesses in governance may affect the instruments of industrial policy, but not its use.

Japan has other lessons to teach as well. Key elements of its development strategy – including its stress on education, equality, and land reform – are even more important today in Africa. The world has changed markedly since East Asia began its remarkable developmental transition more than a half-century ago; and differences in history, institutions, and circumstances mean that policies must be adapted to local conditions.

But what is clear is that Japan and other East Asian countries followed a markedly different course from that recommended by the neo-liberal “Washington Consensus.” Their policies worked; all too often, those of the Washington Consensus failed miserably. African countries will benefit from reflecting on these successes and failures, and on what they mean for their own development strategies.