US vs. Russia: The ‘Game’ In Syria Has Only Just Begun 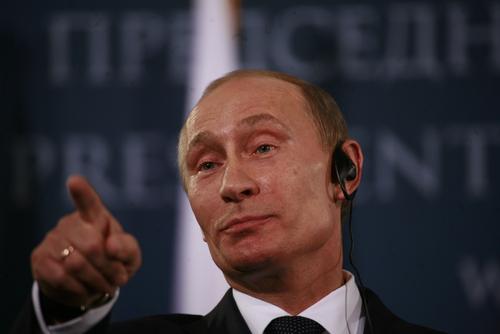 The crisis in Syria has quickly morphed into a U.S.-Russian confrontation. Russia's goal is to be seen as an equal of the United States, while Obama must tackle both domestic and international sentiment to dispel doubts about America’s preeminent global status.

In the wake of President Barack Obama's change of tack from a strike on Syria, the threat of war has not dissolved. It has, however, been pushed off beyond this round of negotiations.

The president's minimalist claims are in place, but they are under serious debate. There is no chance of an attack on chemical weapons stockpiles. Therefore, the attack, if any, will be on command and control and political targets. Obama has options on the table and there will be force in place for any contingency he selects. Nothing is locked in despite public statements and rhetoric in Washington, London, Paris or Moscow.

Remember that all public statements now are meant to obscure real plans and intentions. They are intended to shape the environment. Read them, but do not look at them as anything more than tactics.

The issue has morphed into a U.S.-Russian confrontation. Russia's goal is to be seen as an equal of the United States. It wins if it can be seen as a protagonist of the United States. If it can appear that Washington has refrained from an attack because of Russian manoeuvres, Moscow's weight increases dramatically. This is particularly the case along Russia's periphery, where doubts of American power abound and concern over Russian power abides.

This is not merely appearance. After all that has been said, if the United States buys into some Russian framework, it will not be seen as a triumph of diplomacy; it will be seen as the United States lacking the will to act and being pushed away out of concern for the Russians.

Related: Behind Syria’s Crisis: How Oil & Gas Limits Contributed To The Civil Unrest

The Russian ploy on weapons controls was followed by the brilliant move of abandoning strike options. Obama's speech the night of Sept. 10 was addressed to the U.S. public and Obama's highly fractured base; some of his support base opposes and some – a particular audience – demands action.

He cannot let Syria become the focus of his presidency, and he must be careful that the Russians do not lay a trap for him. He is not sure what that trap might look like, and that's what is unnerving him as it would any president. Consequently, he has bought time, using the current American distaste for military action in the Middle East. But he is aware that this week's dislike of war can turn into next week's contempt on charges of weakness. Obama is an outstanding politician and he knows he is in quicksand.

The Russians have now launched a diplomatic offensive that emphasizes to both the Arabs in the Persian Gulf opposing Bashar al Assad and the Iranians supporting him that a solution is available through them. It requires only that they ask the Americans to abandon plans for action. The message is that Russia will solve the chemical weapons problem, and implicitly, collaborate with them to negotiate a settlement.

Obama's speech on Sept. 10, constrained by domestic opinion, came across as unwilling to confront the Russians or al Assad. The Russians are hoping this has unnerved al Assad's opponents sufficiently to cause them to use the Russians as their interlocutors. If this fails the Russians have lost nothing. They can say they were statesmen. If it succeeds, they can actually nudge the regional balance of power.

The weakness of the Russian position is that it has no real weight. The limit on American military action is purely domestic politics. If the United States chooses to hit Syria, Russia can do nothing about it and will be made to look weak, the tables thus turned on them.

Related: Russia’s Return To The Middle East: Rebirth Of A Superpower?

At this point, all signs indicate that the domestic considerations dominate U.S. decision-making. If the Russian initiative begins to work, however, Obama will be forced to consider the consequences and will likely act. The Arabs suspect this and therefore will encourage the Russians, hoping to force the U.S. into action.

The idea that this imbroglio will somehow disappear is certainly one that Obama is considering. But the Russians will not want that to happen. They do not want to let Obama off the hook and their view is that he will not act. Against this backdrop, they can appear to be the nemesis of the United States, its equal in power and its superior in cunning and diplomacy.

This is the game to watch. It is not ending but still very much evolving.

Analytic Guidance: The Syria Crisis is republished with permission of Stratfor.

See also: Russia’s Return To The Middle East: Rebirth Of A Superpower?See also: Is A New US Foreign Policy Doctrine Emerging?: George Friedman