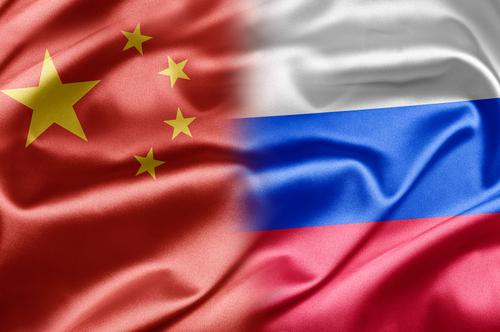 The standoff over Ukraine has seen Europe and the U.S. warn Russia of economic isolation. But this is unlikely to matter, as it would only accelerate a Russian pivot towards China – with an imminent multi-billion natural gas deal set be a centerpiece of that strategic shift.

The standoff between the U.S. and the EU on one hand, and Russia on the other, intensified pretty quickly late last week. The U.S. quickly slapped heavier sanctions on Russia after its annexation of Crimea, leading to a mutual escalation of retaliatory measures. However, it appears that the West gained a bit of leverage at the moment, as the Russian economy has shown some cracks amid uncertainty over how bad this is going to get.

The Russian stock exchange MICEX dropped 3 percent on March 21, after news that President Obama was considering widening sanctions to include broad sectors of the Russian economy, including the strategically and economically vital energy sector. Although it is unlikely to reach that level, the mere consideration of such a dramatic move has spooked some investors, who are beginning to pull their money out of the Russian economy. Visa and Mastercard reported that they will stop providing payment services for Bank Rossiya, a Russian bank, raising fears that more banks could be caught in Washington's sanctions net.

As of March 21, it was unclear how Moscow would respond. Days earlier, top Russian officials had scoffed at the initial round of U.S. and EU sanctions. But by the end of the week, the Kremlin appeared to be trying to downplay the conflict, using a more measured and conciliatory tone.

Vladimir Putin didn't seem to want the standoff to worsen. “I think we need to refrain from taking any retaliatory countermeasures for now,” he said, according to the Wall Street Journal. And Fyodor Lukyanov, a top Russian foreign policy official was quoted as saying, “[e]verything has happened so unexpectedly and so quickly. There's reason to end here.”

More intriguing is the prospect that the more or less severing of relations between Russia and Europe will accelerate a Russian pivot towards China. After all, one of the largest consumers of energy in the world sits adjacent to one of the largest producers of energy in the world – their marriage makes sense. Lukyanov hinted at such a shift in strategic thinking, “[t]he relationship with the West isn't a top priority anymore.”

Russia had probably hoped for a much more supportive response from China on the issue of Crimea, as both countries' interests often align in pushing back against U.S. meddling. However, that priority cuts both ways, prompting China to remain neutral – it sees Russia's annexation as flying in the face of China's policy of non-interference.

Nevertheless, the Russian-Chinese relationship could grow as a result of the brewing conflict between Russia and the West. For years, Russia and China have been unable to seal a natural gas deal that would benefit both. But the two sides are reportedly close to finally agreeing to terms, and with Putin scheduled to visit China in May, there is an added incentive there to finalizing a deal before then.

It wouldn't be surprising that with Russia much more eager to reach a deal, China may get its way in terms of pricing – China is hoping for a lower price for natural gas than what Europe receives, which is around $10.54 per million Btu in 2013. That had been a sticking point for years. Now, with Russia a little uneasy, they may bend on the pricing issue. China would stand to gain even more leverage if the U.S. moves towards sanctioning Russia's energy sector.

Gazprom has plans to export as much as 38 billion cubic meters of natural gas to China beginning in 2018. This would require the construction of a $23 billion pipeline in the east. In fact, there are four planned connection points that would tie the two countries intimately together.

Several market analysts had already predicted before the Crimean crisis that a deal would be finalized this year. The latest freeze in Russian-European relations is accelerating Russia's pivot towards China, and an imminent natural gas deal could be a centerpiece of that strategic shift.

Russia Eyes Crimea’s Oil and Gas Reserves is republished with permission from OilPrice.com.