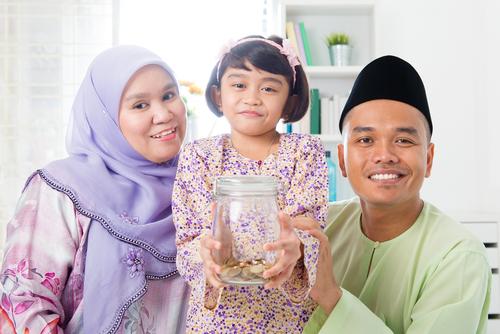 The Islamic finance sector is now worth close to $1.8 trillion. Not surprisingly, it is garnering the world’s attention. And despite the challenge Islamic banks will face once it begins challenging the much larger conventional players, their emphasis on financial stability can only help improve market conditions.

At the World Islamic Economic Forum in London, David Cameron has announced the UK is to become the first non-Muslim country to issue Shariah-compliant bonds and that a special Islamic index will be created on the London Stock Exchange. These moves represent a recognition of Islamic finance’s unique model, and of the important role it has to play in providing stable economic growth.

To understand why the UK is so keen to promote this investment, it is worth understanding exactly what sets Islamic finance apart from western models of banking and finance.

The relatively nascent Islamic finance industry finds itself sitting at the cusp of great opportunities but also confronted with major challenges. In the past few years, it has made great advances. Since 2006, the asset base has grown by 150% and is forecast to reach US$1.8 trillion this year. Given the stability Islamic banks offer, and the strict constraints under which they function, this is a tremendous achievement.

More importantly, this growth is accompanied by a promise of far greater stability than the conventional financial sector provides. This is because of the stringent conditions that Islamic products come with.

To begin with, in Islamic finance, one must work for profits, and simply lending money to someone who needs it does not count as work. Under Islamic law, money must not be allowed to create more money. Instead, a bank must provide some service to “earn” its profits.

Thus, instead of traditional accounts with given interest rates, Islamic banks provide accounts which offer profit/loss. The bank in turn purchases assets with your money, which generate returns for the bank. In particular, charging high interest rates to someone in need is considered unscrupulous, leaving no space for business models like Wonga.com’s.

Second, high degrees of uncertainty or gharar are not allowed. All possible risks must be identified to investors, and all relevant information disclosed. Islamic finance prohibits the selling of something one does not own, since that introduces the risk of its unavailability later on.

This rules out investments in conventional derivatives, which require speculation about the future subject to excessive risks. This is also the key reason why Islamic banks survived 2007 unscathed (caveat: while no exposure to derivatives saved them initially, weak risk controls meant that they were left exposed to declines in real asset prices as the real economy went into recession).

Third, Islamic finance requires you only invest in ethical causes or projects. Anything unethical or socially irresponsible, from weapons to gambling or adult entertainment cannot be invested in. This produces a very strong alignment between Islamic investments and socially responsible funds.

With their emphasis on equity and investment in the real economy, the principles of Islamic finance provide a stable and productive banking sector. Rather than providing a lucrative financial alternative to investing in the real economy, Islamic banking complements and strengthens the latter. It ensures that financial capital does not lead to artificially bloated asset prices. Instead, it is made to work in the real economy, on real projects.

But Islamic institutions pay for this responsible version of banking through incurring higher costs. For this reason, these banks have been confined to the Middle East and a few other Muslim countries for a long time. At home, they have usually been subsidised by indulgent states committed to Islamic banking.

International growth has also been limited due to the absence of well developed regulatory regimes abroad that are capable of understanding and monitoring Islamic transactions including ordinary accounts, mortgages, bonds and insurance.

However, with its expanding product range, rapid growth, and generally increased maturity, it has been drawing increasing interest from leading financial markets. On top of it is the desire to tap into the massive liquidity these institutions offer. This of course is a key reason for the UK government’s announcement that it will be issuing Shariah-compliant bonds (apart from London’s desire to cement its position as a leading financial market).

This has long been a demand of Islamic banks – to enter a market they need some AAA assets to invest in and such bonds will offer exactly that.

We are now likely to see more steps being taken by other markets to accommodate Islamic banking. These will remove some of the quirks that raise costs for Islamic products (for instance, Islamic mortgages that may be taxed twice because of double buying and selling of houses) and facilitate further expansion.

Related: What the West Can Learn From Islamic Banking

Expansion to the world’s major financial markets pits Islamic banks against much bigger and established players, but the greater size also enables them to standardise products and bring costs down to a level where they can compete head on with conventional banks.

But decades of functioning in well cushioned home markets means Islamic banks have become more relaxed and inefficient than their conventional rivals who operate in a more competitive environment. The coming five years will thus be extremely interesting.

Islamic banks will be making their way into new markets where regulators are increasingly open to accommodating this financial model. In doing so, they will attract many customers from conventional banks. But in order to retain them and make the most of this opportunity Islamic banks will need to develop far more robust risk management protocols than what they currently boast. They will also need to invest heavily in reorganisation and raise the level of human resource they depend on right now.

Naturally, some of them will be able to do all this better than others. But regardless of who wins these battles, their arrival on these shores can only be good for existing financial markets.

Kamal Munir is an Associate Professor of Strategy and Policy, Judge Business School at the University of Cambridge. He has acted as a consultant or trainer for several organisations, including the World Bank; the Department of Trade and Industry, UK; the Asian Development Bank; and the State Bank of Pakistan.

This article was originally published at The Conversation. Read the original article.