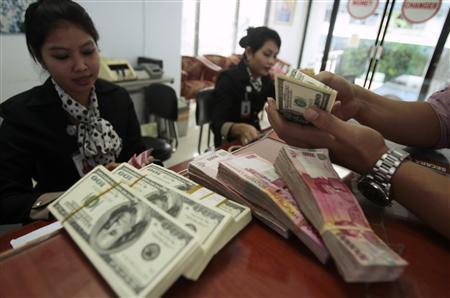 Since the mid-2000s, the South Asian region has witnessed an incoming wave of Chinese financial assistance. In some South Asian countries like Sri Lanka, China has overtaken traditional donors by highly engaging in post-war infrastructure development activities. So China’s engagement in South Asia creates both opportunity and uncertainty for India and its neighbours. The question remains: will intra-regional trade increase, if so, at what cost to the region?

China has been engaged in a number of bridge development projects in Bangladesh, as well as the development of power plants, communications and roads in Pakistan. It has also played a key role in developing sea ports in Pakistan (Gwadar), Bangladesh (Chittagong) and Sri Lanka (Hambantota). Such development work has gone a long way towards enhancing the production base, supply capacity and local connectivity of non-Indian South Asian countries.

The SAARC is the main body for governing South Asian regionalism. Over its 29 years, the SAARC has had some achievements, but in economic areas like trade and investment SAARC’s record remains far from satisfactory. Intra-regional trade still accounts for only 6 per cent of trade despite 10 years of regional trade stimulus by the SAARC Preferential Trade Agreement (SAPTA) and eight years by SAFTA. Trade in services is also low and the progress of SATIS (South Asia Trade in Services), which came into operation in 2010, has been uneven and slow. Further, intra-regional investment remains low — below 5 per cent — as smaller South Asian countries are yet to fully exploit the growing Indian market.

The role of Japanese foreign direct investment (FDI) in stimulating intra-regional trade in ASEAN in the 1980s is a useful example for China and South Asia. Japanese FDI funded the manufacture and assembly of industrial components and the final products in various ASEAN countries. In this process, the investment-trade nexus received a stimulus to generate greater intra-regional trade in ASEAN — currently hovering around 25 per cent.

South Asia was expecting a similar wave of Japanese investment in the 1990s to stimulate regional trade, but it never eventuated. Japanese investors considered the South Asian region too risky to do business. When Indian investment was flowing out in the 2000s, there was an expectation that neighbouring countries would benefit from large Indian investment, consequently stimulating intra-regional trade — but this did not eventuate either. Most Indian FDI went to destinations outside South Asia.

The current financial assistance based entry of China to South Asia has some similarities with the FDI based entry of Japan to East Asia in the 1980s. China’s investment in infrastructure projects, however, takes longer than FDI to deliver results in terms of increasing intra-regional trade. Still, from a SAARC regional perspective, Chinese financial assistance, in the absence of other large foreign capital inflows, is a welcome, long-term stimulant for regional integration.

Over the years, China has been involved in a number of key trade bodies in South Asia. Examples include China seeking ‘Dialogue Partner’ status in 2000 in the Indian Ocean Rim Association (IORA) and, in 2001, seeking membership in the Asia Pacific Trade Agreement (APTA). India, Sri Lanka and Bangladesh are all members of both IORA and APTA.

More recent examples include China seeking ‘Observer Status’ in SAARC in 2007, initiating the annual Kunming Trade Fair for South Asian trade promotion in 2007, and a dialogue with some SAARC countries to revive both the land and the maritime silk routes in 2013 and early 2014.

China’s involvement has allowed it to closely observe South Asia. This has increased its economic power in terms of trade and investment in the region, to the extent that today China is a larger trading power in the region than India.

Although it is debatable, it appears that India only became active in the SAARC after the bilateral economic ties between other South Asian countries and China started growing in importance. India’s unilateral gestures can be considered as some manifestation of this. Such actions include granting duty free market access to the Indian market for all SAARC ‘least developed countries’ in 2008, reducing the Indian ‘negative list’ to 25 items under SAFTA in 2011 and donating US$100 million to the ‘social window’ of the SAARC Development Fund in 2010. China’s engagement has spurred India into action, creating a new dynamic in the region.

However, the smaller South Asian countries should not overlook the political and security dimensions of China’s involvement. For centuries, South Asian countries have grown under the shadow of India and any external influence in the Indian geo-political space should be a concern for India. Already, there is a perception in India that China’s ‘string of pearls’ strategy and naval presence is encircling India. Smaller South Asian countries, while reaping the benefits of Chinese engagement, need to ensure that the geo-political scales are not tilted too much as to disturb the regional power balance. This remains the challenge for India’s neighbours in the coming years.

Saman Kelegama is Executive Director of the Institute of Policy Studies in Sri Lanka and Editor of theSouth Asia Economic Journal.

Chinese Financial Assistance to Boost Intra-regional Trade in South Asia is republished with permission from the East Asia Forum.