You Paid How Much for that Foreign Currency?

•
International Forex
•
by
The Conversation 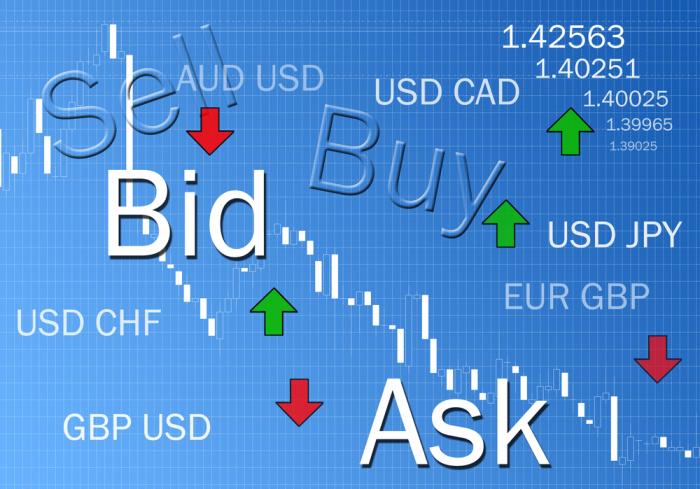 “If you ain’t cheating, you ain’t trying” were the words of one trader working in the foreign exchange market. They belie an attitude that was widespread among traders in this market between 2009 and 2013. Cheating was simply a normal part of a trader’s day job. In fact, not cheating would be to shirk your duties.

Widespread cheating in the foreign exchange market has turned out to be very costly indeed. In the past six months, six large banks around the world have paid out US$10 billion in fines over the manipulation of the global foreign exchange market. There have also been fines levied against banks for manipulating other over-the-counter markets such as LIBOR, the ISDAfix and the gold market.

In addition, there have been fines for other bad behaviour by banks like money laundering, their role in the sub-prime mortgage crisis, violating sanctions, manipulation of the electricity market, assisting tax evasion, and mis-selling payment protection insurance. This brings the total amount of fines, which banks have paid since 2008 to over US$160 billion. To put this in context, this is more than what the UK government spent on education last year.

Cleaning up their act

As the cost of misbehaviour mounts, banks are under increasing pressure to clean up their act. Despite widespread public cynicism, much has already changed within the banking sector. Banks have beefed up their risk function and increased oversight of traders.

They have also changed the “tone from the top”. Bankers who talk more about ethics, careful risk management and serving the customer have largely replaced senior managers of the boom years who promoted a hard-driving, risk-taking culture. A new legal regime is in place to hold senior bank employees personally responsible for wrongdoings on their watch. Banks are required to hold more equity on their balance sheets. There have been new laws that changed bankers’ compensation to emphasise long-term performance rather than short-term risk taking. Riskier trading and investment banking operations is being ring fenced from their more staid retail banks.

Problems with the market

All these changes might be making bankers safer, but will they do anything to make the markets, which they operate within, any less likely to reward bad behaviour? We usually assume a market like foreign exchange emerges from millions of individual decisions. Changing this might sound impossible.

However, each of these decisions falls within a particular set of constraints. These constraints are the product of deliberate policy design choices. Changing behaviour in a market like foreign exchange involves looking carefully at the design of the market and asking whether this actually does the job it is supposed to do.

As it currently stands, the foreign exchange market seems to create opportunities for bad behaviour:

* It is huge – US$5.3 trillion passes through the market every single day.

* It is extremely opaque – because it is an over-the-counter market, there is no centralised point where trades are cleared and recorded. What this means is that unlike the share market, there is no single point of information about how much trades and at what price.

* It is extremely concentrated. Although millions of people participate in the foreign exchange market every day, only four banks control over half the market. This effectively means that a couple of hundred people working for these big institutions trade over $2.6 trillion US.

* It is almost entirely self-regulated. Although there are many laws which apply in other financial markets such as shares, regulation is almost entirely absent in currency trading. The main body, which oversees the operation of the market, is a panel appointed by the Bank of England whose membership is comprised of mainly currency traders.

It is difficult to expect that a huge and opaque market, controlled by a small handful of players who self-regulate will produce angelic behaviour.

To change behaviour within this market, some of these design choices needs revisiting. If policy makers wanted to reduce the size of this gigantic market, they could place a small transaction tax on each currency trade. This would probably have the effect of driving out much of the speculative trading in currency (and related financial instruments) which makes up the great majority of the market.

To make the market more transparent, banks, which run large trading platforms, could be required to share information about the volume of trades as well as the price of trades they are making. This would reduce the information asymmetries between the large banks (who know what is going on) and others (who do not).

To make the market less concentrated, maybe create a centralised exchange similar to the share market for currencies. This would quickly erode the advantages that large banks trading currency have from their currency trading platforms.

To make the market more stringently regulated, then it is possible to replace weak self-regulation by insiders with more developed regulation by an independent body. This would mean there are clear boundaries between poachers and gamekeepers.

In the UK, the Bank of England is reflecting on some of these design choices. With its “fair and effective markets review”, it is looking at the design of FICC (Fixed Income, Currency and Commodities) markets. So far, financial firms and their representatives have mostly engaged with this, and some policy options are already off the table. For instance, there is little prospect of a centralised currency exchange or a Tobin tax on currency trading.

Many important choices remain, however. One big question is whether these crucial market design decisions will be ones made by market insiders and technocrats, or whether they will involve some degree of genuine democratic deliberation. This is an important question to ask. As my colleague Emilio Marti has recently argued, making decisions about the design of our financial markets in a more democratic way will lead to fair outcomes. Keeping the decisions on how to design the biggest market in the world in the hands of a small number of regulators, economists and currency traders may not lead to a fairer market.

‘If you ain’t cheating, you ain’t trying’ – how forex has changed is republished with permission from The Conversation