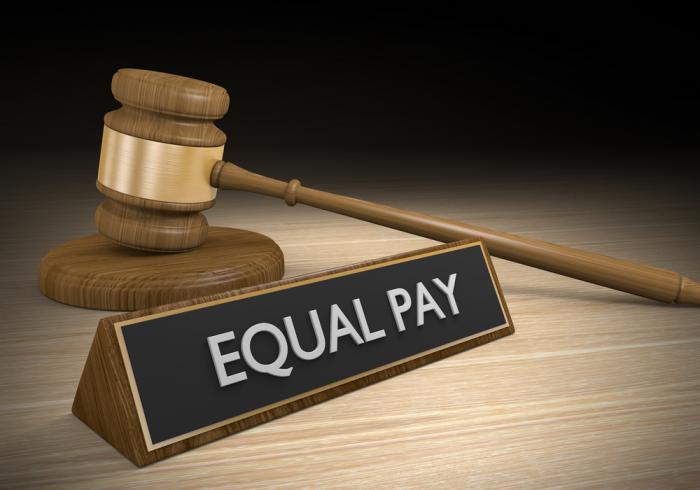 Beyond work-life balance, the gender pay gap is the biggest concern of women in Australian workplaces, according to a new survey of 9,500 women in G20 countries.

Just 31% of the Australian women surveyed said they were confident they earned at least the same salary as a man doing the same job.

In many cases, women simply do not know the salary of their colleagues, an issue the Greens are hoping to stop with their Bill to ban “pay gag” clauses, and ensure existing pay gag clauses are unenforceable. Some refer to the Bill as a Senate Education and Employment Legislation Committee, due to report by May 12 next year.

Pay gag clauses prevent employees from sharing information about their pay. The rationale for the Bill is to promote gender pay equity. Evidence in Australia and the US demonstrates that pay secrecy is associated with a higher gender pay gap.

Currently organisations in Australia have considerable discretion in setting pay, especially performance payments over those from any applicable award or agreement. Business is likely to oppose placing limits on pay secrecy.

One reason for pay secrecy is to minimise the potential conflicts between employees that might arise if pay were public. Organisations believe that employees cannot handle the truth about their value to the organisation relative to other employees. Employees are, however, still interested in pay even when there is no information provided by the organisation. Instead, they rely on rumour and “positional cues,” like the size of a colleague’s house, car, or lifestyle, to make estimates of others' pay. Moreover, workers can overestimate what their co-workers earn and end up being more dissatisfied than if they had accurate pay information.

By restricting access to information about others pay, employers are assuming employees are concerned with their absolute level pay. Researchers know relative pay is also important to employees and drives employee behaviours, such as the level of motivation and work effort.

Under pay secrecy, employees cannot be sure there is fair and equitable treatment, which can undermine employee engagement. The absence of pay information creates the impression among employees that management has something to hide, especially when organisations enforce their pay secrecy policy with threats of dismissal for employees who share pay information.

Another reason for pay secrecy is that employee productivity will be higher: higher performing employees may stem from the highest levels of pay. Pay secrecy, however, makes the performance pay system unpredictable: employees cannot predict the outcomes of the system. Pay secrecy is associated with lower employee performance. Pay secrecy indicates that the organisation does not trust its employees, reducing an employee’s motivation to contribute.

Pay secrecy covers up the relationship between pay and performance: employees cannot see the best performing employees receiving the largest pay rise and poor performers receiving small or no increases. In fact, open pay increases the effectiveness of performance pay: good performers do not quit when they know their pay is higher because of their higher performance. High performing employees are particularly sensitive than others when they perceive no link between performance and pay. Pay secrecy can therefore hinder an organisation’s ability to retain top talent.

Recruiting top talent can be more difficult with pay secrecy. Organisations cannot be sure of what to offer to good employees to lure them away from other organisations. When pay is public, the recruitment process can be shorter as pay is not a mystery. Moreover, employees who do not like negotiating their pay may be more willing to apply.

Keeping pay secret is becoming increasingly difficult with the development of websites where employees can easily share pay information.

Transparency makes for better pay decision making in organisations and provides employees with information that can enhance employees understanding of the business. Public pay only generates lower employee performance when the organisation is distributing pay unfairly. With pay secrecy, organisations can make poor pay decisions because they do not have to defend or justify them.

Designing and implementing a fair pay system takes a lot of work but the process can generate benefits for an organisation. Knowing how and why employees are paid can enhance employee understanding of the business. Hiding all the work behind a wall of secrecy reduces the effectiveness of the system and increases the risk of ad hoc decision making, which in turn can lead to legal challenges and reputational damage.

If you want high performers, kill pay secrecy is republished with permission from The Conversation