Without Government Support, the UK's Steel Industry Will Continue to Fade Away

•
Steel Industry
•
by
The Conversation 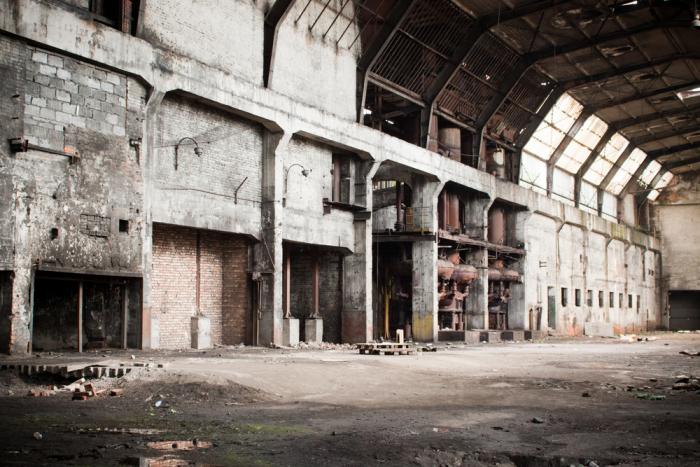 Despite cries of foul play, it should not come as a surprise to anyone that the UK steel industry has lost its edge – it was actually lost a while ago. The official line – low prices and a global glut brought on by excess Chinese supply and low demand – is true to some extent. However, it tells only part of the story.

The UK steel industry is simply not in shape to compete without the support of its government, and that support may never come. Regardless of political leaders' promises to do all that they can to keep the industry going, we may need to steel ourselves for a UK without this industry.

The UK does not manufacture as much as it did in the past, which means the country does not use as much steel as it used to. This suggests that the steel industry needs to export more steel if it is to remain viable, rather than just depend on local demand for specialised steel products. The demand for steel is strong globally so there might be opportunities out there. However, there are a couple of major obstacles to exporting more.

First, exporting is difficult when one’s own costs are so high. Labour is expensive here and so is energy. It is difficult to make labour cheaper – steel mills in the UK are already quite efficient and so the only way to spend less on labour is to make people redundant, which has the side effect of reducing capacity (this is vividly apparent in the current scenario). The problem is the accumulation of hourly wages required for a tonne of output, and not how many people make that wage. Any gains made in efficiency are also offset by the cost of energy. It is true that oil and gas prices have taken a plunge, but they have plunged everywhere and so the UK’s relative position has not changed.

The portion of the public both physically and emotionally distant from the steel industry may feel sorry about the job losses, but the truth is that nobody wants a major polluter in their back yard. With the European Union also in the mix, there is not much hope of energy costs being low enough to provide the industry with a lifeline without risking the UK’s carbon emission targets.

Second, one might consider who really loses if the UK’s steel demand is satisfied by imports. True, there is a large labour pool benefiting from the existence of the industry itself.  A systems view would consider long-term impacts such as increases in benefits claims from those losing jobs and higher costs of managing the prison population and the NHS.  This is because higher unemployment is linked to increased crime and diseases such as obesity, the UK’s reduced ability to defend itself, and long-term spikes for steel prices which might risk further job losses.

However, looking outside the industry, it also seems cheaper for most of the economy to source steel from abroad. The Chinese, for example, make good steel at low cost, and when one buys steel from there, the emissions do not count here. Thus, given the goal of reducing UK scope 1 carbon emissions, buying steel from somewhere else makes perfect economic and environmental sense. Scope 1 carbon emissions are simply the emissions arising from the UK’s direct production activity, which is the main measure of concern in international environmental agreements such as the Kyoto Protocol. So if we consume in the UK a tonne of steel that was produced in China and delivered here by ship, the production and logistics emissions, which are not primarily incurred in the UK, do not count towards the UK’s reported impact.

This is why it is natural to suspect, as some do, that politicians might not try that hard when “raising the issue” with the Chinese, even if a rare opportunity has presented itself while China’s president, Xi Jinping, is in town, glad-handing the royal family. The cheaper steel contributing to the UK’s economy would all be fine if the benefits reaped by those buying the cheaper steel were shared with the rest of the economy so that those hurt by the move (for example those losing their jobs) could take advantage, and if we cared about our emissions outside of Scope 1. However, the world does not work that way, and it is likely that benefits have shifted from the UK steel industry to other parties both inside and outside the UK.

Given the above, what is happening to the UK steel industry seems to be the natural order of things. There are just too many system-wide impacts of the industry, creating multiple constraints that prevent it from competing in the global stage, and other countries are simply willing to work harder to keep their steel industries afloat. It feels to many that the UK steel industry has been “sold out”, but whether a fair price was received is yet to be seen.