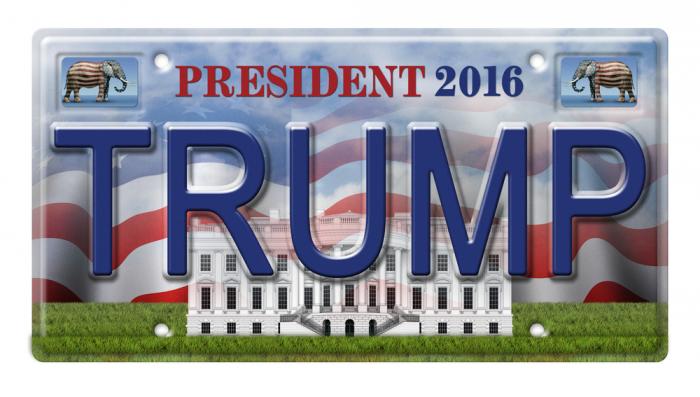 The major political legacy of the billionaire Donald Trump could be to drive the Republican Party so far to the right that it becomes unelectable for a generation. By insulting every minority group in the United States, the frontrunner in the 2016 Republican presidential primaries has alienated a large and fast-growing proportion of the electorate.

“The main damage he is doing with his extreme views is to the Republican Party,” said Cas Mudde, an associate professor of international affairs at Georgia University and authority on right-wing politics. “Lots of minority people growing up now will become successful and be drawn to the Republican Party, but they’ll think ‘this party hates me’. Even if it changes in 10 years, they won’t join it.”

Trump’s principal election strategy has been to blame minorities for all America’s social problems. He has suggested building a big wall to keep out “criminals, drug dealers and rapists” from Mexico and claimed the US is a “dumping ground” for undocumented migrants. After the Paris terrorist attacks in November, he called for a federal database of Muslims and surveillance of mosques. At various times, he has made disparaging remarks about Jews, blacks, the disabled and even women.

His targeting of Hispanics, in particular, could have serious long-term consequences for the Republican Party. As recently as 2004, 44% of the Hispanic vote went to the GOP. There are around 56 million Hispanics in the US, making them the largest ethnic group after whites and big enough to sway elections. By comparison, the black community has felt under attack for decades from far-right Republicans. In the last two general elections, just 4% and 6% of the black vote went to the GOP. Trump has guaranteed that this sense of alienation will intensify.

“Trump is banking on a ‘white man strategy’ and studies of changing American demographics show this is the last time it’s possible to win with such an approach,” said Professor Mudde. “But politicians are short-term thinkers and Republicans see the ‘angry white male’ as their solid base for now. It’s not easy, as every time they reach out to other groups their core base gets angry. They are caught between short- and long-term strategies that are in opposition.”

A study of voting patterns by Langer Research confirms Trump’s over-reliance on the white vote. The white voters’ impression of Trump is split with 48% favourable and 49% non-favourable. However, that is still far better than for Hillary Clinton, the likely Democrat candidate. Only 34% of white voters view her favourably, whereas 65% have a negative impression. Non-whites, however, have a very negative view of Trump with only 17% in favour of his politics and 79% against him.

Trump’s ‘white man’ strategy bears similarities to the manoeuvring of extreme right-wing politicians in Europe, including the French National Front’s Marine Le Pen and Geert Wilders, the leader of the Dutch Party for Freedom. There is the same appeal to uneducated angry white male voters by blaming immigrants for their declining socio-economic status. “These people feel their countries are being taken away from them and want someone to blame,” said Professor Mudde. “In the US, Trump is especially popular among whites without college degrees. They are incredibly marginalised economically. Over the last decade well-paid jobs for less educated people have almost disappeared as union power has been slashed and the 1% has taken a larger and larger share of profits.”

Despite commonalities, there are significant differences between Trump and the European rightwingers who tend towards a ‘populist’ strategy. “Some people label Trump a populist politician, but I don’t think so. A real populist is the ‘vox populi’, or ‘voice of the people’. In the UK, the nationalist UKIP leader Nigel Farage follows a populist strategy by portraying himself as a man of the people. Trump is much more elitist. He says ‘vote for me because I am special. I know best because I am phenomenal. I am the Donald’!”

Neither should Trump be seen as a fascist like Adolf Hitler and Benito Mussolini. This claim has been widely made in the media, but Professor Mudde categorically rejects it. “It’s incredibly ignorant to say someone who hurts people’s feelings is the equivalent of a man who mass-murdered millions,” he said. “Fascism was inherently violent, which Trump isn’t, and the context in Weimar Germany was totally different. Germany had been defeated in war and was economically bankrupt. In the US, there’s not even a crisis anymore.”

Trump is more accurately placed in the long American tradition of anti-immigrant ‘nativist’ politicians dating back to the 1850s when the Know Nothing Party was formed. The KNP claimed the US was being overwhelmed by German and Irish Catholic immigrants who were hostile to Republican values. “The scapegoating of immigrants has been going on for 160 years in the US so we don’t need to go back to European fascism,” said Professor Mudde.

Another peculiarly American aspect to Trump’s rise is his proclamation of his own wealth as evidence of his business acumen. In the UK, for example, the wealthy background of Prime Minister David Cameron is an inconvenient subject about which he avoids speaking. However, Trump resides happily in an American tradition of super-rich businessmen who use their wealth to launch political careers. The list includes Ross Perot, Mitt Romney, Steve Forbes and Carly Fiorina. “Poor Americans don’t care if you’re rich. It’s seen as a positive as long as you’re one of them in terms of morality and emotionality,” said Professor Mudde.

Trump has made some efforts to fabricate an ‘American Dream’ story, but has fallen into absurdity by saying his dad only gave him a ‘small loan of a million dollars’. “That’s condescending to regular people, but they don’t care as he is seen as ‘one of them’ in his hatred of the establishment,” said Professor Mudde.

Though Trump is one of several right-wing politicians propagating anti-immigrant views, he receives a disproportionate amount of media attention and there is some evidence that his rhetoric has provoked hate crimes. In August, two men in Boston said they had ambushed and brutally beaten a homeless Latino man because they were “inspired” by Trump, who later said his supporters “are very passionate” and “love this country”. Attacks on racial minorities have been commonplace at Trump rallies. “He is a strong voice for a discourse of intolerance that is already pretty widespread, particularly among the right, and so a lot of Muslims and Hispanics feel increasingly unsafe,” said Professor Mudde.

The extremity of Trump’s views has even had a distorting effect on Republican politics. It has caused rival leadership candidates to shift further to the right on immigration. Two years ago, Marco Rubio authored a comprehensive immigration reform bill, which included a pathway to citizenship for undocumented immigrants. However, his official policy is now to end protections for undocumented immigrants whose parents brought them into the US illegally.

Trump’s intolerance has also had the effect of making the views of the other Republican candidates appear less crazy than they actually are. “Without Trump, people like Ted Cruz would sound totally mad. He defends conspiracy theories that are popular among the far right, such as claiming communists have infiltrated Harvard Law School and Islamic Sharia law is an ‘enormous threat’ to the US when it’s barely mentioned in legal proceedings,” he said.

Another of Trump’s warping effects on US politics is that his scathing attacks on rival candidates have handed a lot of ammunition to the Democrats. “The nastier the primaries the easier it will be for the Democrats in the general election. It’s all about mudslinging and no one slings mud like Trump. He has a huge team of researchers and lots of money to dig up dirt. Every time he finds a way of attacking - for the sake of argument - Rubio, the Democrats write it down for future reference,” said Mudde.

As well as doing the Democrats work for them, Trump’s anti-Muslim rhetoric plays into the hands of ISIS. The terrorist group wants to see Western nations persecuting Muslims so they are driven into extremism. “ISIS wants to eliminate the gray areas between the Muslim and non-Muslim world. Their goal is to create a ‘non-Muslim’ society where Muslims feel unwelcome. Trump is doing his best to help them fulfil that goal. This is a real contrast to George W. Bush who always explicitly stated that Muslims and non-Muslims are part of the same community,” he said.

At this stage, it is hard to predict whether Trump’s popularity will fade. A mid-December poll showed his share of the Republican vote had risen to 41% far ahead of Ted Cruz on 14%. However, polls have often proved an unreliable indicator of success a year ahead of primary elections. Professor Mudde says that if Trump succeeds and stands in a general election, he could repeat the spectacular failure of Barry Goldwater, the Republican candidate who lost the 1964 election to the incumbent Democrat Lyndon B. Johnson by one of the largest landslides in history.

It is more likely, Mudde argues, that a rival candidate, such as Rubio, will have a late surge and overtake Trump next year. If that happens, Trump will fade quickly from the political limelight.  “I think he will implode and disappear leaving virtually no institutional trace. He has no structure around him. The Republican Party is not really his party. He isn’t the voice of a larger movement, such as the Christian Right or the Tea Party,” said Professor Mudde.

“It’s just him and his money and enormous media attention. When Marine Le Pen loses the 2017 presidential elections, the French National Front will still have an enormous number of seats in the regions and even in Parliament. However, Trump is just a businessman who went into politics as a rich man’s hobby. He won’t spend any dimes building an organisation to do it again. He will just go back to business.”

See also: Is The US Economy Heading Into Dangerous Territory?