What's Bad for Russia is Bad for Former Soviet Satellites

•
Russia
•
by
The Conversation 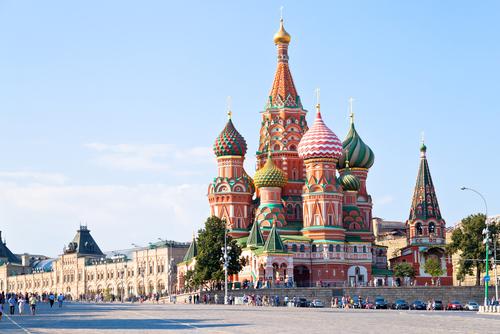 Plummeting oil prices, conflict over Ukraine and the West’s imposition of sanctions have contrived to send the Russian economy into a tailspin. But it is not just Russia that is suffering – the economic downturn is having a ripple effect well beyond its borders. A group of 15 countries that once formed the Soviet Union, with a collective population of nearly 300m, are all suffering due to the slowdown in Russia.

Since the end of 2014, the economic crisis in Russia has spread to a number of former members of the Soviet Union, with Armenia, Belarus, Kyrgyzstan and Moldova most severely affected.

Belarus’s currency, the Belarussian rouble, has lost around 40% of its dollar value in the space of only a few months. During this period, the country’s foreign exchange reserves fell by around 20%. A recession is now forecast in 2015.

Similar developments have occurred across the former Soviet space. Foreign exchange reserves have dropped in Armenia, Azerbaijan, Kazakhstan, Kyrgyzstan, and Moldova – all of these countries are also experiencing significant exchange rate depreciation. This is turn is causing inflation to rise and living standards to fall, and is pushing the region towards recession. The latest growth forecasts by the European Bank for Reconstruction and Development all indicate that the region’s economies are either slowing down or likely to experience recession.

Clearly economic links between Russia and the countries of the former Soviet Union remain strong, even if they have weakened since the dissolution of the USSR in 1991. As a result, their economies move in tandem.

In the area of trade, Russia is a major trading partner for all its former satellite states. While some countries, most notably Estonia and Tajikistan, have diversified their trade relations, Russia remains the single largest trade partner for Armenia, Belarus, Moldova and Uzbekistan. Russia is still Lithuania’s largest trade partner, perhaps surprising for a country that is now a member of the EU and the Eurozone. And even where Russia is not the largest, it occupies a spot near the top of the list of most important trade partners for all its former satellites.

This helps explain why the countries of the region are so susceptible to any economic slowdown in Russia. When growth in Russia slows, demand for goods and services from former Soviet partners’ falls, too. And, as their economies slow down, so their demand for imports from Russia falls, intensifying the decline in economic activity across the region.

But it is not just trade that binds the countries of the region so closely to Russia. Cross-border flows of people also matter a great deal. Many economies of the region – especially Armenia, Georgia, Kyrgyzstan, Moldova, Tajikistan and Uzbekistan – rely on migrants from their countries working in Russia to send back billions of dollars in remittances each year. These remittances account for around a quarter of Armenia and Moldova’s GDP, a third of Kyrgyzstan’s and nearly half of Tajikistan’s.

Finally, the weakness of the economies of the region can be explained by a widespread failure to achieve economic modernisation. More than two decades after the collapse of the Soviet Union, most of the economies of the region have failed to build modern industries to replace the archaic Soviet-era industrial structure that was built during the post-World War II period. Without new dynamic sectors of the economy, these countries remain dependent on exports of natural resources, especially oil and gas. This makes them susceptible to any decline in global hydrocarbon prices of the sort that has occurred since last summer.

This helps explain why the economies of the region tend to move in line with Russia: the countries either have similar distorted economic structures to their former patron, or rely on Russia performing well. As a result, the Soviet legacy and commodity prices continue to determine the fortunes of large swaths of the former Soviet Union.

The Soviet Union is dead! Long live the Russian economic union is republished with permission from The Conversation UK