Wall Street is Getting Smaller, but Will the Trend Continue? 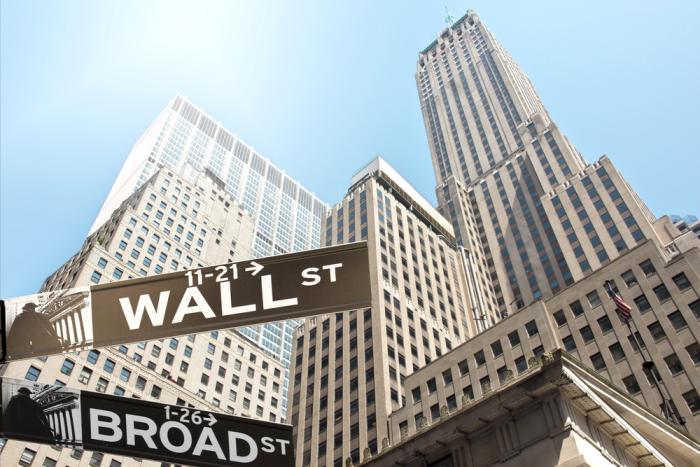 The New York Times recently reported on sluggish growth in the financial industry.  It described a nascent trend of business students and executives opting for jobs in the manufacturing and service sectors rather than on Wall Street.

As one who has long argued that the dominance of the financial industry potentially damages long-term economic sustainability, I view this as a salubrious development. It is far too early to tell whether or not this trend will last, but it does call for an examination of why finance grew from a tool to aid economic growth to a master that dominated that growth.

While space constrains me to the outline of the story, it is worth at least a quick look so we can better understand how we let the finance industry drive the economy rather than the other way around. Studying this history allows us to pinpoint the developments that enabled the financial crisis and the near collapse of the global economy.

First, some simple facts.  The size of the financial services industry in the United States almost doubled from 1980 to 2007.

By the time the financial crisis hit, more than 30% of the profits of American corporations classified as “industrial” came from financial transactions rather than the production of goods and services. Financial assets constituted almost 48% of the assets of non-farm, non-financial corporations. How did this happen?

The groundwork for this growth lay early on, when the American public stock market developed during the great merger wave that lasted from 1897 until 1903. But modern development begins in the early 1950s.

The stock market remained essentially moribund following the 1929 crash and the Great Depression. As one historian described it, stockbrokers on the floor of the New York Stock Exchange were so bored that they played baseball with rolled-up quotation sheets.

Enter new NYSE President Keith Funston in 1951. The exchange commissioned a study from the Brookings Institution a year later that showed that only 4.2% of the American population owned stock. Determined to improve business, Funston embarked on a comprehensive advertising campaign for the NYSE, “Own Your Share of American Business,” complete with a hilarious television cartoon created by famous animators.

The campaign worked. By 1958, share ownership had almost doubled. By 1960, more than 10% of the population owned stock. By the turn of the century, more than half of American families owned stock in some form.

As important as this development was to the growth of the financial industry, so was the changing goal of investors, which shifted from an expectation of dividends in the 1950s to a desire for capital gains from the late 1960s on. The conglomeration movement of the 1960s showed how stock ownership could result in fast profits, as did the takeover decade of the 1980s.

But while the NYSE linked stock investment to the creation of productive capital – industrial development – the truth is far different.

Careful analysis of the market from about the turn of the 20th century to today demonstrates that American public stockholders have taken far more out of the market than they ever put in, with funds devoted to stock buybacks exceeding corporate investment in productive capital for several significant periods just prior to 2008.

The upshot was that the public stock market largely became a tool of financial manipulation. American corporations responded accordingly, privileging short-term growth over long-term sustainability, even at the risk of corporate damage.

The dominance of institutional investors

Parallel to this development was a significant change in how people invested.

From 1950 to 1957, pension funds increased in value from $11 billion to almost $40 billion. By 1959, mutual funds were adding $4.5 billion a year, compared with virtually nothing a few years earlier. By 2007, institutional investors owned more than three-quarters of the equity of America’s 1000 largest corporations.

While this new player in the financial industry was growing, significant changes were taking place in a more traditional sector. Prior to 1953, the NYSE required member investment banks to operate as partnerships. This meant exposing each partner’s personal assets to the firm’s losses, creating incentives for careful investment and prudent management.

The rule changed in 1953, permitting investment banks to incorporate. This meant that the partners – now shareholders – were liable only to the extent of their investments in the firm, removing at least some of the incentives for caution. In 1970, Donaldson, Lufkin and Jenrette – then an upstart investment bank – violated exchange rules and issued its stock publicly, opening the door to others to follow.

The exchange rapidly capitulated to allow public offerings, and investment banks rapidly became public companies, ending with Goldman Sachs' IPO in 1999. Now banks were able to play with other peoples' money, rather than only the funds of their partners, as was the case before the rules change. The partners could then compensate themselves with huge salaries, instead of investment returns. In short, they were able to enjoy the benefits of high leverage with limited risk.

The repeal of the Glass-Steagall Act in 1999 – which separated commercial and investment banking – paved the way for the outright competition between the two areas that led to the explosion in proprietary trading and the creation of risky securities that brought down the economy in 2008. Most troubling, perhaps, is the weakened relationship between these activities and productive capital. Proprietary trading, which involves a firm using its own money to trade stocks and bonds for a profit, is often frowned upon because it can put a bank’s interests against those of its customers.

Touting many of these products as providing liquidity, that liquidity was largely for the purchase of other financial products, not for investment in the productive economy. Finance had taken on a life of its own.

There is far more to the story.  I have in this space, only been able to provide some highlights. But there is an important lesson to be learned from these developments: nobody planned them. There was no vast conspiracy.

Rather, we failed to observe the way parallel developments were combining to create a perfect storm, one that if not controlled, could threaten the long-term sustainability of the American economy. We must be more mindful as the future develops.

Wall Street has finally begun to downsize, but how did we ever let it get so big in the first place? is republished with permission from The Conversation