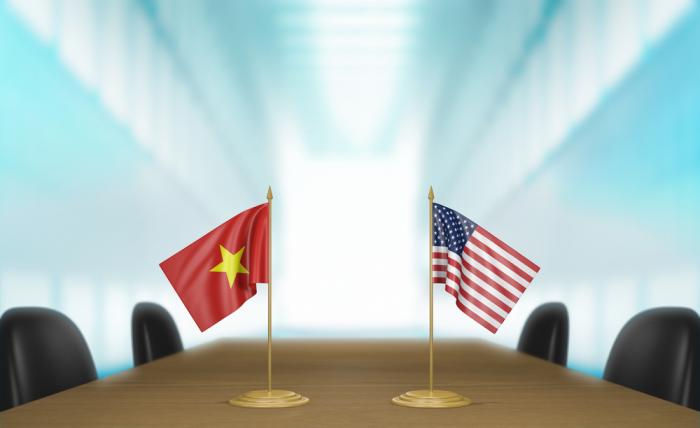 The United States’ complete lifting of the decade-long embargo on arms sales to Vietnam marked a historic milestone in US–Vietnam relations, paving the way for a strategic partnership between the two former foes. So what will this mean for Vietnamese security and domestic politics?

The removal of the embargo will not immediately lead to large Vietnamese procurements of weapons platforms or systems. Rather, Vietnam will focus on procuring surveillance and reconnaissance technology related to maritime security, sophisticated communications systems and intelligence. The key challenge for Vietnam is whether it can afford these technologies.

Human rights activists maintain that the policy is a miscalculated effort by the United States to enhance human rights protections in Vietnam. Although ideological differences have been an impediment to the advancement of US–Vietnam relations, the removal of the arms ban has been driven by the superpower’s strategic interests. To help dispel fears among Vietnam’s conservative elite that growing bilateral relations are designed to bring about regime change, the United States has been conscious not to let human rights issues appear to be the price for the removal of the ban.

The Trans-Pacific Partnership (TPP) agreement is a more effective channel to influence the structural and institutional features of Vietnam’s human rights regime, especially in the realm of labour rights.

In addition to Chapter 19 of the TPP, the United States has concluded another bilateral agreement — the Consistency Plan for the Enhancement of Trade and Labor Relations —, which requires Vietnam to implement specific legislative and regulatory reforms as a precondition for securing trade, benefits with the United States. The plan includes a provision requiring Vietnam to authorise the formation of independent unions.

If Vietnam fails to comply with this provision within five years after the agreement comes into force, the United States will withhold or suspend its ongoing tariff reductions. As Vietnam’s economic recovery is heavily reliant on its access to the US market amid an ongoing slowdown in growth, this could allow the United States to win substantial human rights concessions from the ruling Communist Party of Vietnam (CPV).

Some Chinese critics argue that the decision to lift the embargo will inflame the prevailing antagonism of the two countries against China. Both Vietnam and the United States recognise that any significant progress in the normalisation of ties will inevitably infuriate Beijing. However, both countries do not want the ‘China factor’ to hinder the development of their bilateral relations.

From Hanoi’s perspective, Vietnam does not want to get deeply involved in the US–China power struggle. Vietnam wants to avoid either of two extreme scenarios: one in which the United States and China engage in direct military confrontation, which would be detrimental to Vietnam’s national interests; and the other in which the two powers compromise at the expense of other small countries in the region.

The best way to avoid these scenarios is to take advantage of the United States or China to strengthen its self-help (military power) in an anarchic international order. Accepting the current position will send a clear message that Hanoi is not a pro-China government, thereby minimising the likelihood that the United States may compromise with China at the expense of Vietnam’s interests.

The lifting of the embargo gives Hanoi more leeway to boost its defence capabilities without deviating from its long-standing national defence policy based on the ‘Three Nos’ principle: no military alliance with any country, no allowance for any country to establish military bases on its territory, and no reliance on military support from any country when fighting other countries.

Vietnam aims to upgrade its national defence to protect its territorial sovereignty and become a responsible ASEAN member on regional security, rather than to constrain China’s rise. The removal of the embargo also serves to facilitate the CPV’s strategy of diversifying sources of military equipment and weapons, and reducing Vietnam’s reliance on Russian arms supply.

In March this year an international port facility at Cam Ranh Bay was inaugurated that is capable of receiving foreign aircraft carriers and submarines that seek maintenance, repair and refuelling services. Prior to the opening ceremony, Vietnam and Japan reached an agreement permitting Japanese vessels to make port calls.

For the United States, lifting the arms ban creates a new opportunity for its navy warships to make port calls or even secure access to Cam Ranh Bay as a quid pro quo. Although the United States has declared that it has no intentions to use the seaport at the moment, if they wish to counterbalance China on the South China Sea, Cam Ranh Bay’s strategic position will provide natural defence against attacks and abundant resources to refuel and repair US fleets.

In the long run, Vietnam will be integrated into a regional hub-and-spoke defence network that includes US allies and its strategic partners. This special regional club will allow the US to serve a much broader objective: institutionalising multilateral defence activities that would advance training possibilities and foster commitment to collaborative engagement in the Asia Pacific.

See also: Getting Creative in Vietnam to Sustain Economic Growth