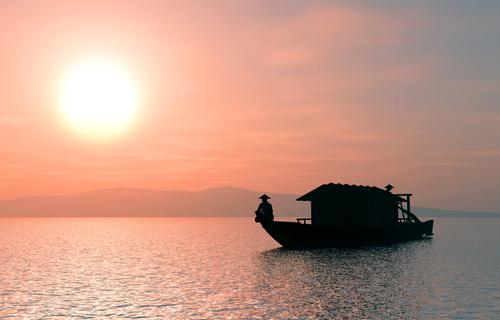 Vietnam will begin 2015 on a fairly sound economic footing. The national economy has largely recovered from Hanoi’s ill-advised efforts to mitigate the impact of the 2009 Great Recession. That sobering experience exposed structural weaknesses which, left unfixed, could condemn Vietnam to languish in a middle-income trap, unable to realise the potential of its relatively young and well-educated population.

2015 will be an intensely political year. The Vietnamese Communist Party’s 12th Congress will convene in January 2016 to renew the nation’s leadership. Aspirants to top positions are already canvassing district and provincial party organisations for support. For the most part, it’s the usual snake oil: you support me and I’ll take care of you. Patronage is the lifeblood of the Party.

Even so, the 2000 delegates who will converge on Hanoi may just set Vietnam on a new course. Inside and outside the Party, there’s pervasive hope that once again real structural changes may result. The nation’s professional and managerial class wants to see a more open political discourse, economic policies that foster entrepreneurial activity and more space for voluntary organisations.

In 1986, the 6th Party Congress abandoned efforts to run a command economy modeled on the USSR in favour of ‘market socialism’, a compromise that allowed entrepreneurs to colonise spaces not filled by state-managed enterprises. The 7th Congress five years later (the Soviet Union having imploded in the meantime) ratified policies aimed at integrating Vietnam into regional and global systems. These changes — collectively called doi moi (renewal) — released a burst of entrepreneurial energy that enabled Vietnam’s economy to grow by 7 or 8 per cent annually for nearly two decades.

2007 was another inflection point. Vietnam was admitted to the World Trade Organization, and foreign banks queued to lend funds to Vietnam. Then, as the worldwide recession cratered Vietnam’s export markets, the government kept steering funds to domestic borrowers, particularly state-owned companies. The result was not further growth but rather two bouts of inflation, boom and bust in the property market, the failure of a US$4 billion government effort to make Vietnam a shipbuilding power, and belated acknowledgment that Vietnam’s state companies absorb (or monopolise) resources without creating appreciable wealth.

It has taken several years for the Hanoi government to dig out of the mess. But by 2014 it was evident that inflation was under control, the nation was again running a healthy trade surplus and blue chip foreign companies were betting on Vietnam as a high-tech manufacturing base. Though the banking system remained hobbled by non-performing loans, Vietnam’s credit ratings improved. In November Hanoi was able to refinance a substantial chunk of government debt on relatively favourable terms.

But not all is well. Prime Minister Nguyen Tan Dung has vowed that by the end of 2015 nearly all of the nation’s state owned enterprises would be ‘equitised’ and subject to market disciplines. It doesn’t look as though he can pull that off. A decade ago, shares in Third World state enterprises were easy to sell. That’s no longer so. Foreign investors seem uninterested in buying minority stakes in Vietnam’s SOEs. Stronger medicine is necessary.

At a more fundamental level, faith in the party’s capability to deliver reforms is shaky. An anti-corruption campaign led by Secretary-General Nguyen Phu Trong has taken down dozens of wrong-doers in the state sector. Even so, crony capitalism and rent-seeking remain such pervasive features of the regime that it is difficult to imagine a party consensus for doing away with the ‘socialist market economy’.

Historically, the party has dominated Vietnam’s decision-making. That seems no longer to be the case. It is now the government apparatus at central and provincial levels that deploys the more capable officials and normally takes the initiative in policy formation and follow-through. Whether this is a significant shift or not will be tested in the run-up to the 12th Party Congress.

Party congresses are only superficially about policy. Chiefly they concern people and patronage: who gets promoted, who doesn’t, and how that ripples through the system. Care is taken to preserve a factional and regional balance in the selection of delegates and the allotment of seats on the Politburo and the Party’s Central Committee.

The 12th Party Congress could be exceptional. Analysts are already debating if postponement of a Central Committee plenum scheduled for early-December 2014 signals disarray. When the Congress convenes a year from now, 10 of the Politburo’s 16 members will have reached retirement age. Among those eligible for promotion to the Politburo and to top government positions, there are sharp differences in policy orientation.

Economic choices and how to deal with corruption are of course objects of intra-party contention. Vietnam’s international posture is just as contentious. Midway through 2014, aggressive Chinese moves to establish Beijing’s hegemony in the South China Sea dealt a severe blow to those in Vietnam’s regime who advocate close and deferential ties with the Chinese Communist Party and Chinese government. Where delegates stand on Chinese bullying — whether to endure it with clenched teeth or to resist it by seeking closer alignment with the United States — will thus also sway votes at the 12th Congress.

Political liberties are a wild card. The regime stepped up arrests and prosecution of political bloggers during 2014, typically on charges of ‘abusing democratic freedoms to infringe upon the interests of the State’. Although some within the party doubt the practical utility of the police-state methods employed against radical dissent, few members will speak up for fellow citizens whose fondest hope is an end to one-party rule.