Understanding the Challenges in the Asian Bond Market 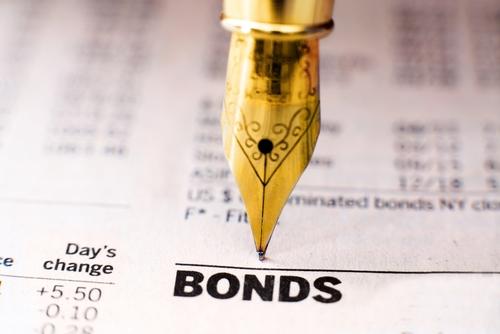 As 2015 gathers pace, the world seems to be entering a more uncertain and unpredictable phase. With the end of the quantitative easing by the Federal Reserve, we are entering an era of tighter global liquidity.

However, this might be offset to a certain extent by more aggressive monetary policy actions from the Eurozone and Japan. The plunge in oil and other commodity prices should help reduce inflationary expectations but could also presage a weaker economic environment. All these point to a more volatile environment, making it a more challenging year for Asian bond markets. Several key developments in the bond markets to watch out for are:

1. US interest rates may increase later than expected

It is widely expected that following the end of quantitative easing, the Federal Reserve will raise interest rates. Current market sentiments point to an increase in the first half of the year, possibly as early as April. But the Federal Reserve has indicated that it will be patient in normalizing interest rates. The US economic recovery has been gaining momentum and the unemployment rate has been coming down. However, some of the gains have been due to people leaving the workforce. The improved economic conditions may tempt some of them back.

With inflationary pressures muted and the economic recovery still tentative, the Federal Reserve may prefer to see more sustained growth before raising rates. This could mean a rate hike may not happen until the latter part of the year. This is positive for the region’s bond markets as it gives them more time to prepare.

2. Further monetary expansion in the Eurozone

While the US economy is recovering, the Eurozone is still struggling to recover. The deflationary risk is rising, especially with lower oil prices. Expectations are that the European Central Bank (ECB) will soon undertake much more aggressive actions to stave off deflation and help stimulate the economy. With interest rates already close to zero, the ECB is expected to resort to quantitative easing and commence large-scale bond purchases. This could spur European investors to search for yields outside Europe. The Asian bond market could potentially benefit from those flows, which can help offset some of the outflows due to tighter monetary policy in the US.

As global economic conditions become more volatile, investors are likely to be more discerning. This will result in wider spreads between the high quality and low quality bonds. We saw funds flowing out of some of the riskier bond markets toward the end of last year. Yields will likely remain stable in countries with strong fundamentals or may even fall as some countries take advantage of the lower inflation rate to cut policy rates. Countries with large fiscal and current account deficits are likely to be under pressure to raise interest rates despite mild inflation continuing to attract inflows to fund the deficits.

In 2014, foreign currency issuance in emerging East Asia surged to a record of almost $200 billion. But 2015 is likely to see enthusiasm wane for foreign currency bonds given the strengthening US dollar.

The recent strength of the US dollar has highlighted the risk of borrowing in foreign currency. The default of a Chinese property company has also put the spotlight on risks in the real estate sector in the People’s Republic of China (PRC), which was a large issuer of US dollar bonds last year. The ample liquidity situation in the PRC and booming stock market may see more Chinese firms turn to the domestic bond market. With a rising perception of risk among global investors, Asian firms are going to find it more expensive and difficult to issue dollar bonds this year.

Offshore renminbi bonds (dim sum bonds) could become a more attractive source of financing. While there was a lot of initial enthusiasm when dim sum bonds were first introduced, interest has waned somewhat as it has become easier to access the onshore market. Nevertheless, the PRC is continuing its efforts to internationalize the Chinese yuan. There are large pools of renminbi funds offshore that are looking for opportunities to invest. As access to US dollar funding becomes more difficult, issuers could start turning more to the offshore renminbi market. With Chinese interest rates likely to be falling, the dim sum bond market could start looking very attractive.

See also: The Benefits of Lower Interest Rates Over a Currency War