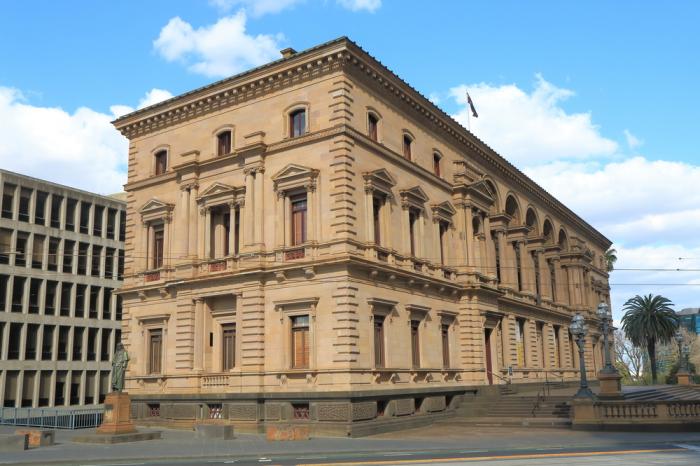 Federal treasurer Scott Morrison’s diagnosis of the risks and challenges confronting the Australian economy, as set out in his Bloomberg Address in Sydney, is hard to fault.

There’s also a growing risk of a liquidity crunch, against which China’s substantial foreign exchange reserves may not provide adequate insurance.

Australia’s terms of trade continue to fall - unwinding much of the massive upswing that occurred during the commodities boom of the preceding decade. We are also seeing very low levels of inflation across the developed world, much of the developing world and more recently here in Australia as well.

All of this means that we now have what the treasurer calls “an earnings problem”.

The growing pressure around the world (and here in Australia) for greater control by national governments over the movement of goods and services, capital and people across national borders – reversing the general trend of the last three decades – does represent a genuine threat to the global and national policy settings which have helped make it possible for Australia to enjoy 25 years of more or less continuous economic growth.

And, partly as a result of the inability of successive Australian governments to fulfil their undertakings to return the budget to surplus, Australia is now less well-placed to use fiscal policy to respond to any economic shocks that may emanate from abroad than we were at the onset of the global financial crisis.

For a different set of reasons, which Glenn Stevens outlined in his final speech as Reserve Bank governor, we are also less well placed to deploy monetary policy to the same end than we were then.

Thus, the treasurer made a solid case for action to ensure the budget is returned to surplus, and the level of public debt reaches a peak and begins to come down.

The taxed and the taxed nots

The treasurer is also right to identify as a problem the fact that, as he put it:

more Australians today are likely to go through their entire lives without ever paying tax than for generations. More Australians are also likely today to be net beneficiaries of the government than contributors.

That’s partly a consequence of an ageing population. However, it is also the direct result of a whole series of decisions made during the last two terms of the Howard government.

That’s when a raft of new status-based (as opposed to needs-based) entitlement programs were introduced, and when a wider range of individuals (including people over the age of 60, small business operators, people with significant superannuation balances, and people earning income in the form of capital gains) were granted preferential income tax treatment compared with wage and salary earners. This continued under the Rudd and Gillard governments.

In addition, while both the previous Labor government and the Abbott and Turnbull governments have sought to unwind some of this largesse – indeed, that’s what the superannuation measures in Scott Morrison’s first budget were partly about – none of them has been willing fully to acknowledge this reality.

According to forecasts set out in the 2016-17 federal budget, government spending is set to be fully 1.5 percentage points higher as a proportion of GDP in the current financial year than the 24.3%, which it was, on average, during the Howard-Costello years.

In addition, the Turnbull government has no plans to return it to that level: the longer-term projections in the 2016-17 budget envisage government spending declining as a share of GDP to 25.2-25.3% of GDP over the next decade.

Yet if what the treasurer refers to as Australia’s “earnings problem” persists, it will be on the revenue side of the budget that the reasons for the inability to return the budget to surplus will reside, at least in the first instance.

Against that background, it scarcely makes sense that the government’s two most significant initiatives – in terms of their long-term impact on the budget – are a big increase in government spending (on defence procurement) and a big reduction in taxes (in the form of phased reduction over ten years in the company tax rate).

Both of these measures make it harder, not easier, to return the budget to the position where the treasurer rightly wants it.

It’s encouraging to see the treasurer seeking to lead the sort of hard-nosed conversation that Glenn Stevens called for last month in his valedictory speech as governor of the Reserve Bank.

However, a conversation is a two-way exercise. If Morrison is to achieve the goal he seeks, he will need more flexibility on how to get there than was displayed today.

Scott Morrison has correctly diagnosed the problem, but needs to be flexible about solutions is republished with permission from The Conversation

See also: The Highs of the Australian-Chinese Relationship