•
Mortgage Finance
•
by
The Conversation 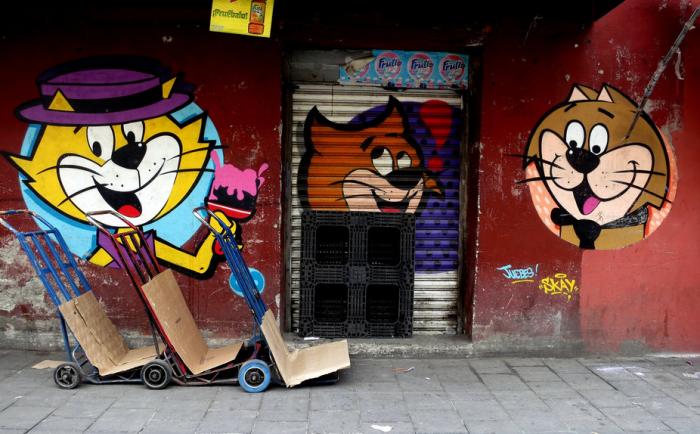 Marketers are supposed to be inventive folk – and attempting to interpret their thinking can sometimes invite a descent into the futility of literary criticism. Even so, Halifax’s decision to build its latest mortgage-lending campaign around Top Cat deserves attention, as it might just tell us something about the changing terrain of the UK home-buying landscape.

Let’s first remind ourselves who Top Cat is. He’s the streetwise leader of a gang of New York moggies. He lives in a back-alley dustbin and spends much of his time courting the wrath of the local constabulary. He’s a loveable rogue, of course, but he’s a hustler and a huckster. His day-to-day routine usually consists of trying to make a quick buck, avoiding arrest, arriving home on the back of a milkfloat just before midnight, draining a bottle of stolen milk, lobbing the empty bottle over the fence, donning his pyjamas and going to sleep.

It’s tough to imagine someone would want such an individual as a neighbour, let alone be prepared to give him a two-year fixed cashback deal at an initial rate of 1.94%. Maybe there’ll be a follow-up ad in which he moves in next to Officer Dibble.

A new icon for aspirational home-buyers?

It’s also worth bearing in mind Top Cat’s origins, given that a popular school of thought is that the character was based on Phil Silvers’ Sergeant Bilko, arguably the most determined conman in television history. Remember that Maurice Gosfield not only played Bilko’s principal stooge, Private Duane Doberman, but also voiced Top Cat’s chief foil, Benny the Ball.

So is our mortgage-seeking role model a police-dodging near-itinerant inspired by a barrack-room chancer with a chronic gambling addiction? Is this really the message the Halifax’s marketing machine wanted to convey? The official line is that Top Cat’s involvement shows Halifax “as the uniquely human face of banking”. Noble enough, but unabashed marketing-speak.

Frankly, it’s unlikely that would-be customers are encouraged to identify with Top Cat simply because he shares their cash-strapped plight. Instead, it could just be that this is more a question of era.

After all, Top Cat is a product of the 1960s. It’s true that the show still occasionally surfaces on the Cartoon Network, and was even re-screened by the BBC only a few years ago, but the fact is that it most readily strikes a chord with those of us for whom childhood is a distant memory. If Halifax wants to appeal to first-time buyers in their 20s and 30s – the millennial generation – then why aren’t Ren and Stimpy, He-Man and Skeletor or Beavis and Buttheadon our screens, hunting for attractive fixed-rate deals?

Recent initiatives in the mortgage market offer some clues. Earlier this month, for example, in response to what it described as “the evolving needs of our customers”, Halifax raised its age limit for borrowers to 80, thus making it possible for a 55-year-old to take out a 25-year loan.

Nationwide duly responded by upping its own limit to 85. Henry Jordan, the company’s head of mortgages, spoke of customers who “are often asset-rich, with significant equity in their home, and wish to have the flexibility to borrow against it”.

So are borrowers getting older? Yes and no. Tellingly, Nationwide conceded its new facility could serve “a range of mortgage-borrowing needs”.

Who are you, kitten?

Could this be where our feline friend really fits into the bigger picture? Top Cat’s starring role might not signify that lenders have given up on millennials per se, but it could well hint at a nascent acceptance of how their parents or grandparents are helping fund their home-buying dreams. Does Hanna-Barbera’s finest actually represent some sort of subliminal rallying cry for the so-called “Bank of Mum and Dad”? ‘What do you mean you don’t have enough for a deposit?’ Monkey Business Images/Shutterstock

Detailed Council of Mortgage Lending (CML) figures are dispiritingly tricky to obtain – trickier, say, than securing a mortgage if you’re a cat that lives in a bin. If you want to see the nitty-gritty – the percentage of mortgages backed by guarantors, for instance – you have to be a fee-paying member.

Yet such data as the CML makes freely available clearly show the buyers in the years since the financial crisis. In tandem, various surveys, including one recently published by investment broker plan, have underlined the scale of the home-ownership challenges facing millennials, many of whom fear they might never be able to set foot on the housing ladder without assistance from their families.

Generally speaking, the bottom line is that many millennials have a fair bit of debt and many millennials’ parents (or grandparents) have a fair bit of cash. This is the thinking behind Barclays' Family Springboard mortgage, which allows a customer to buy a home without a borrower deposit if his or her loved ones – and how deeply loved they must be – are able to provide 10% of the property’s price as a security.

Top Cat, you scamp, have you fooled us again after all these years? Are you really just tapping into the generosity of generation X? Beneath that trademark waistcoat and straw boater, are you no more than a pitchman for benevolent baby-boomers? Or have we simply become too cynical in our old, offspring-bankrolling age? It’s hard to say for sure; but it’s certainly something worth being animated about.

See also: A Brexit could be Bad News for Your Mortgage Payment