Today is the BOE's Day to Surprise or Disappoint 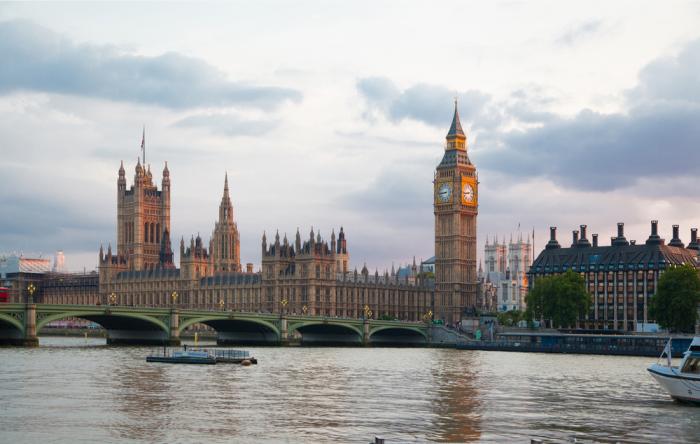 The Bank of England Governor did seem to be exaggerated when he claimed that the UK economy was slowing in the spring due to holding the referendum in the first place.  We have subsequently seen the preliminary estimate of Q2 GDP, which show that the economy activity had increased a little over Q1.

However, what that risk scenario that the BOE is presented is now more or less the base case.  The forecasts will be updated today, but the sobering surveys (PMI and CBI) and NISER projections are fairly consistent with what the BOE had anticipated.  There must be some calibration between the forecasts, even given a confidence interval around them, and the actions the BOE takes or suggests it can take.

That said, the inflationary pass-through of sterling's depreciation (import and consumer prices) is unlikely to deter significant action.  The impact from sterling is temporary and price pressures are beginning (when the Brexit shock hit) was just above zero.

First is the base rate itself.  It stands at 50 bp.  The failure to cut it would be a major disappointment to the market at this juncture.  Most look for a 25 bp cut.  In the past, Carney (though perhaps it is also an institutional judgment) has shown a reluctance to cut rates too close to zero, let alone negative interest rates.  There are some calls for a larger than 25 bp cut; we suspect the BOE is not persuaded that the additional marginal rate cut will have much impact.

Second are asset purchases.  The market is nearly split on whether the BOE announces a new asset purchase program (QE).  Those that do expect QE are mostly anticipating a GBP50-GBP75 bln program over several months.  There has been some talk that the BOE could buy corporate bonds.  Here too we think the odds do not favor innovation when it is not necessary.

Third is a funding-for-lending scheme (FLS).  This facility provides long-term funding to banks and building societies.  The amount and rate is linked to their actual lending.  The program has been in existence since 2012 and has repeatedly been renewed, most recently late last year.  Currently, borrowing is allowed until January 2018.  This program may be broadened.  If it were not, it would not be a significant disappointment.

Given that some easing by the BOE has been well telegraphed, in order to get the most impact from today's decision may require that market participants are given the impression that the BOE is prepared to do more; that it has not exhausted monetary policy.  That might translate into holding back.  Perhaps it could be intimating it can renew asset purchases, but stopping short of launching a program now.

Arguably, and this is what the shadow MPC at The Times argued, the economic fallout from the referendum is not something that monetary policy can address when interest rates are already low.  This might be a job better performed by fiscal policy.  It may be more a question of political will than technocrat turning of a dial or pulling a switch.

We suspect there is a greater risk that the market is disappointed or that there is a sell the rumor buy the fact type of activity that the BOE surprises the market with its aggressiveness.   Sterling rose to around $1.3370 yesterday, and this could be retested today.

A move above there will target the $1.35 area, which is technically significant.  A trendline drawn off the lows comes in near $1.3160 today.  In addition, we note, that the bookmakers in London have tightened the odds that Article 50 is not triggered until 2018 or later.

There are a few other developments to note today outside of the Bank of England.  Regarding economic data, the highlight has been Australian retail sales.  June sales rose 0.1%, half of the may increase and a third of what was expected.  In real terms, retail sales rose 0.4% in Q2 after a 0.5% increase in Q1.  It is the weakest quarterly advance since Q2 14.  The market looked past it, and the Australian dollar is the strongest of the major currencies today, rising a little more than a third of a percent.  Despite the rate cut earlier this week, and the lower trend in commodity prices, the Australian dollar has proven quite resilient.  It has advanced nearly 1.5% over the past five sessions, making it the strongest currency after the Japanese yen (3.8%).

Japan's Ministry of Finance reported that last week foreign investors bought JPY1.091 trillion of Japanese bonds.  This is the second highest weekly figure this year.  The buying spree was also surpassed once in 2015.  These late longs hit a rough path as yields have backed up sharply this week.  The generic 10-year bond yield, for example, has finished last week at minus 19 bp.  Today it closed near minus eight bp.  The BOJ's Iwata today seemed to play down the likelihood of a new move next month by saying that there is no specific policy direction in mind.

Oil prices staged an upside reversal yesterday as participants put more weight on the sharp decline (nearly 10x larger than expected) of gasoline inventories than the build of crude stocks.  There was initially follow through gain, but they were marginal, and oil prices are slightly lower on the day presently.

After the flurry of UK activity, the market may briefly turn its attention to the US data.  Today's calendar features weekly initial jobless claims, which are little significance ahead of tomorrow's national jobs report.  June factory and durable goods orders.  These are June reports.  They could impact projections for revisions to Q2 GDP (recall that weakness in construction spending reported earlier this week gives an initial lower bias for revisions).

The euro has seen some follow through selling after yesterday's losses in North America.  While support near $1.1100 may be frayed, only a break of the $1.1065 would be technically significant. A move now above $1.1160 would stabilize the tone.  Like yesterday, the dollar continues to trade within Tuesday's range against the yen.

The BOE Owns Today, but Tomorrow is a Different Story is republished with permission from Marc to Market