Today Most Likely will not be a 'Ratepocolypse' 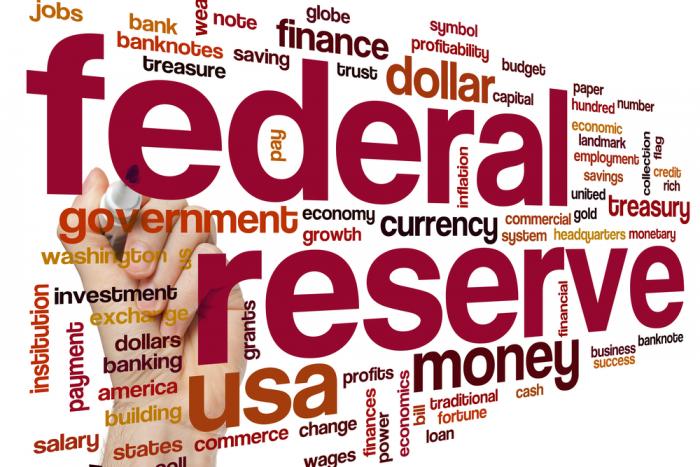 The much-awaited FOMC meeting is here. Discussions appear to revolve around to main questions.  What should the Fed do and what will they do?  The two are often confused.

Everyone has an opinion about the former.  It is like watching a sporting event.  We do not let our lack of experience prevent us from being critical of players or coaches and offering unsolicited advice (even if through a TV) on how to win. What should the coach do?

The betting person spends little time on "oughts," and considers the most likely outcome.  They will evaluate various factors and place their wager accordingly.  Investors must do the same thing.

What the Fed ought to do can be debated ad nauseum.  There are as many opinions as people.  It is of little bearing on investment outcomes.  The market will respond to what the Fed does.  The response is shaped as a combination of expectations and positioning.  Admittedly, it is in the expectations component that the confusion between what the Fed ought and will do is most pronounced.

We have been anticipating a rate hike today for more than six months.  The guidance from the Fed's leadership, and evolving economic data led us to that conclusion.  We recognize that economic uncertainty has risen, and financial conditions have deteriorated, by some measures, over the past four to six weeks.

Developments in China seem to be at the center of the concern.  On one hand, the pace of Chinese growth has become more suspect, and the knock-on effects may be more serious than recognized when one confines the inquiry to the bilateral Sino-American ties. Many other US trading partners may also be adversely impacted.  China accounts for around a third of global capex.  Its demand for raw materials is among the key drivers of numerous commodity prices.

The Federal Reserve has three mandates:  full employment, price stability, and financial market stability.  In effect, the idea is that even if the first is well on the way to happening, and from the Fed's view that is the key to the second goal, events in China, may have jeopardized the third, financial stability.

However, it is more complicated.  China is taking monetary and fiscal measures to support the world's second-largest economy.  House prices have stabilized and have turned slightly higher in recent months.  The global capital markets have stabilized.  The "fear indicator", the VIX, which had spiked to over 50% in late August, is now just above 21%.  Its five-year average is about 20.2%.   Indeed, some investors argue that the financial stability considerations favor a rate hike.

We have noted an apparent contradiction in the Fed's stance.  On one hand, it argues that investors are over-emphasizing the exact timing of the lift-off, while the pace of the moves and the terminal rate is more important.  Here various Fed officials stress a gradual pace, and that the cyclical peak in Fed funds will be considerably lower than the past peak.  On the other hand, they have seemingly tied the decision to some high frequency data and short-term market consideration. This seems to recognize the importance of its decision.

There has long been a gap between what the market is pricing in, looking at the Fed funds futures, for example, and the results of opinion surveys.  The market pricing was never as convinced of a hike as the survey results.  At the same time, we recognized that this gap was partly a function of a key unknown:  Where will the effective Fed funds rate (an average weighted by size of transaction) trade relative to the target.

In past cycles, the Fed had a fixed-point target, like most other major central banks.  During the crisis, the Fed introduced a target range.  It complicates matters.  Most models assume it averages around the middle of the range, but this need not be the case.  Another key difference in this cycle is that the Fed pays interest on reserves.  The rate it pays is the upper end of the Fed funds target range. Interest on excess reserves is one of the key tools the Fed anticipates relying on to control the monetary conditions.

The widest spread possible between the effective Fed funds rate and the interest on excess reserves may give Fed officials the maximum control.  There has been some suggestion that the Fed could announce today a reversion back to a fixed point Fed funds target, say of 25 bp, the upper end of the current range.

This would ostensibly drive home the point of a gradual process, while at the same time taking some action, which could lift the effective Fed funds rate around 10 bp (which could end up to be consistent with what some have advocated a 12.5 bp hike instead of the customary 25 bp).  While a provocative idea, we suspect that the spread between the Fed funds and the interest on excess reserves is not a tool that Fed wants to jettison, especially this early in the process.

If the Fed hikes the Fed funds target range, we expect Yellen's press conference to emphasize the gradual pace it anticipates.  The dot plots will likely point in that direction too.  Fed officials will likely give up on the idea of two rate hike this year, and by doing so, lower the projections for the appropriate Fed funds target for next 2016 (and probably 2017 too even if by a lesser extent).

If the Fed does not hike rates today, Yellen's press conference may take on a somewhat more hawkish bent.  They will keep the door to a hike this year wide open.  We have argued that the Fed ought to have a press conference after every meeting, like the ECB and BOJ.  This would avoid the operational challenge to calling an impromptu press conference to explain a rate hike, such as in October.  There is a small chance that Yellen pre-announces a press conference for next month's meeting.  That would also send the message that a hike foregone today may still come shortly.

Counter-intuitively, a decision to hike rates could spur a relief rally.  They did it.  It is behind us. It would not be surprising to see risk assets, such as equities and emerging markets to rally.  The dollar would ease in such a scenario.  The hike is out of the way.  The Sword of Damocles no longer hangs over the market.  The uncertainty over Fed policy would be resolved.  It would be out of the way.  US monetary policy setting would still be highly accommodative.

If the Fed does not hike today but provides guidance to expect a hike later this year, the uncertainty would not lift sufficiently.  Risk assets could fall and the dollar strengthen.  A couple of years ago, a Polish foreign minister quipped that German inaction scares him more than German action.  In a similar vein, we suspect that Fed inaction would be more destabilizing than Fed action at this juncture.

One takes the independence of a modern central bank for granted.  But independent of what? Often people mean independent of politicians.  The same official that makes momentous military and political decisions somehow we cannot trust to make the right monetary decisions.  There is another dimension of independence that may be even more important, and very relevant now.

Fed policy comes from Washington.  It is independent of the decisions made in Beijing. The pace at which China implements reforms it has long promised should not dictate whether there is a compelling case to lift the Fed funds rate above its emergency setting six years after the economic contraction ended.  The Fed's decision also needs to be independent of the decisions in Riyadh about how Saudi Arabia and OPEC responds to the technological innovations that allow extracting oil from shale.  The Fed's decision must also be independent of the short-run vagaries of the stock market, where new participants (high frequency traders) and algorithms may inject additional volatility.

A Fed rate hike not followed by the Apocalypse could go a long way toward bolstering confidence and the animal spirits.

See also: What if the Fed does not Raise Rates?