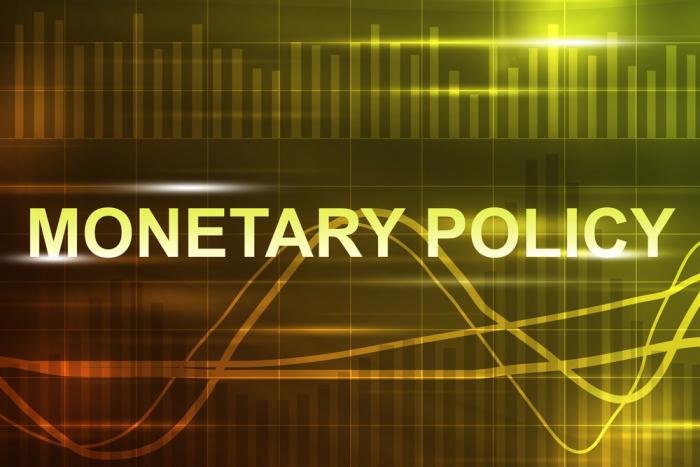 Whatever force had gripped the global capital markets since the start of the year has been broken.  This simple characterization is rich.  It is not clear if, or what, macroeconomic considerations were driving the markets.

The markets had taken the unsurprising Fed rate hike in mid-December in stride. The dramatic moves in the market did not begin until this year.  Some have suggested China was at the crux of it, but the global impact seemed out of proportion.

Others suggested it was the collapse in oil prices, but that too seemed as much a cause as effect. Investors were well aware of the likelihood that Iranian oil would hit the markets, and some of the sell-off late last year was thought to reflect this anticipation.

Blanchard, formerly of the top economist at the IMF, opined that the sharp market moves were the result of "herding."  One sold because others were selling.  That strikes us as under-appreciating risk and money management challenges.  Nevertheless, it is instructive because it suggests the answer may not be found in the macro-narratives, but in the micro-market structure.  By the time most returned from their New Year's holiday, the markets were already swooning.  The Nikkei, DAX and S&P 500 gapped lower in the very first session of the year.

With scar tissue from the summer swoon still fresh, many buyers remained on the sidelines. There were a couple of failed attempts to bottom, but the selling pressure did not exhaust itself until the middle of last week.  Strong rallies in commodities, many emerging markets, and dollar-bloc currencies were seen.

Part of this was surely short covering by momentum traders, and in the emerging market space, it is expensive to be short currencies, such as the Brazilian real or South African rand, given the interest rate differentials, with downside momentum.  However, anecdotal reports suggest some value investors may have trickled in while some asset managers may have begun putting some of their high cash levels to work.

The week ahead features three major central banks, the Fed, the BOJ, and the RBNZ.  We do not expect fresh action from any, but we concede that a rate cut by the central bank of New Zealand would be the least surprising.  It is already in an easing mode.

Last week, a 0.5% decline in Q4 CPI was reported.  This was twice the decline that market expected and brought the year-over-year rate to 0.1% from 0.4% in Q3.  Falling milk prices are an additional headwind.  We suspect officials prefer to avoid policy changes given market conditions, and the 6.5% decline of the New Zealand dollar on a trade-weighted basis since the start of the year buys some time.

This is not a live meeting for the Federal Reserve in the sense no change in policy can be reasonably expected.  Whatever the Fed means by gradual, it does not mean a rate hike at consecutive meetings.  On top of that, recent developments can only renew the concerns expressed last September when the Fed opted not to hike rates.

Since the FOMC met last month, it has become more evident that the US economy nearly stagnated in Q4.  When the Fed met last month, the Atlanta Fed GDPNowcast suggested economy was tracking around 2.0% annualized growth in Q4, which is about what is regarded as trend.  The Atlanta Fed's model now says around 0.7% annualized.  The FOMC will not have Q4 GDP in hand when it meets.  It will be reported at the end of the week, but they will know as investors do, that it was poor.

In addition, there are market-based measures of inflation, such as difference between the yields of conventional and inflation-protected bonds.  The 10-year break-even fell to its lowest level since 2009, some 30 bp lower than where it finished last year.  The University of Michigan will update its survey of inflation expectations.  The one-year fell to 2.4%, its lowest in since September 2010 in the preliminary reading.  However, the longer-term (5-10 years) expectations have firmed since 2.5% seen in October.  In addition, at 2.7%, it matches the 12- and 24-month averages.

The Federal Reserve may draw some comfort from only employment report since last month's meeting.  The nearly 300k net increase in nonfarm payrolls was the second best of the year.  Fed officials will likely recognize, as many private sector economists do, that such job growth will be difficult to sustain as full employment has been approached.

Not only may there be some payback in January for the large increase jobs in December, but also initial jobless claims have been rising.  Seemingly unnoticed by many, the four-week moving average, used to smooth out the volatility of this high-frequency report, has risen to 285k, last seen in eight months ago.

At the same time, investors need to be cognizant of two things.  First, despite the rising dollar and falling oil prices, core CPI trended higher last year to reach 2.1%, the highest since mid-2012. Second, market expectations for March could not get much lower.  Consider that Fed funds have been averaging a little below the middle of its 25-50 bp range.  The March contract implies an average rate 40 bp.

The Bank of Japan is in a different position.  It is aggressively expanding its balance sheet, which includes buying, among other things, ETFs.  At last week's lows, the Nikkei was 20% off the high from early-December.  The yen appreciated by more about 4.5% over the same period.

The economic performance leaves much to be desired.  The BOJ estimates trend growth to be around 0.5%.  Normal economic variability means that negative prints will be common.  The economy expanded (0.3% quarter-over-quarter) in Q3 after contracting 0.1% in Q2.  It looks like it contracted slightly in Q4.

The BOJ insists that it is making progress in lifting inflation. Although it targets the rate excluding only fresh food, BOJ officials have been guiding investors to focus on the metric that does not include energy as well.  The BOJ's two-day meeting will conclude the day after the December CPI figures are published.  The key measure is expected to be unchanged at 0.9%.  It has been trending higher since reaching 0.4% last April and May.

There has been talk in recent days that the BOJ may extend what it calls Qualitative and Quantitative Easing, but we demur.  Instead, we suggest the key issue for investors will be the BOJ's inflation forecasts.  There are two elements to note.

First is the inflation forecast for the fiscal year that begins 1 April.  It is currently set at 1.4%.  Trimming it is not significant, but pushing it below 1% would be important.  It would increase the likelihood of more action, perhaps as early as April.

The second element is the forecast for FY2017.  It currently stands at 1.8%.  The BOJ's target is 2%. A cut in this would signal fading confidence of reaching the target.  That too could signal the likelihood of additional measures.

Like other central banks, the BOJ wants to signal that it monitoring developments but does not want to feed investors anxiety by panicking.  It will likely find some solace in the fact that in the second half of last week, the yen surrendered half of the gains recorded on a trade-weighted basis since the start of the year.  It remains nearly 4.75% above the early-December low.  We note, though that it was government officials and not the BOJ who signaled their discomfort with the strength of the yen last week.

Investors will continue to monitor developments closely in China.  The central bank is injected large sums of liquidity into the market, ostensibly ahead of the New Year holiday in early February. Through overt action, and possibly covert as well, Chinese officials have, at least temporarily succeeded in stabilizing both the onshore and offshore yuan.  This helped it, least tentatively, to keep the spread between the two at relatively low levels.  The Shanghai Composite looks poised to bounce from a technical perspective.  It finished last week near 2915.  A move above 3000 would be constructive.

There will be interest in the Q4 GDP reports of several European countries including the UK, France, and Spain.  UK and French growth may slowed slightly while Spain continued to motor ahead (0.8% quarter-over-quarter).  Spain is expected to slow this year.  It political drama reached new proportions before the weekend when former Prime Minister Rajoy refused the offer to try to form a government, signaling he lacks a majority.  This puts pressure on Socialists who may need Podemos to form a government but does not want to accept its apparent demand for a referendum for Catalonia's independence.

The Eurozone's preliminary estimate of January CPI will be released.  It is inconsequential, even if it rises to 0.3%.  The March ECB meeting is clearly in play following Draghi's press conference last week.  The prospect of at least another deposit rate cut and the possibility of more bond purchases will likely deter a sustained move higher by the euro in the intervening period.

Week Ahead: Picking Up the Pieces is republished with permission from Marc to Market

See also: Meeting the Mandate Still a Priority for Draghi