The U.S. Dollar's Decline Goes Against the (Fed) Grain 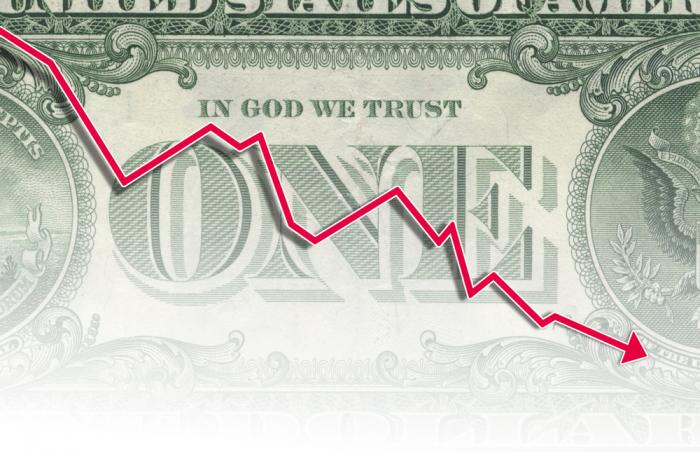 The US dollar has fallen against all the major currencies this month. Even the pound has gained about 0.3% against the heavy greenback.

What is most striking about the dollar's decline is that is has taken place despite a modest upgrade of the odds of a Fed hike.  Consider on the broadest level, the Dow Jones polls that found 71% expect a rate hike before the end of the year compared with about 50% in the July survey.

The odds implied by the pricing of the Fed funds futures have also increased.  They increased after the stronger than expected employment report early in the month but fell back off after the disappointing retail sales report and some seemingly dovish comments by a few regional Fed presidents.

However, look at what has happened over the past ten days.  On August 12, the odds that Fed funds target will be 50-75 bp in September, November and December respectively, were 16%, 17.5%, and 36.8%, according to Bloomberg calculations.  Now, after some robust data and seemingly more hawkish comments by Fischer and Dudley, two-thirds of the Fed's Troika (Yellen speaks at the end of the week at the Jackson Hole confab) that odds have increased to 26%, 30.1%, and 41.9%.

There is precedent for the Fed to adjust policy in September of a national election year, but there is no precedent for a November move.  Everyone seems to recognize this.  We think it is a misreading of the odds to suggest that there is a greater chance of a hike in November than September.

The November contract may be more of the same, with two additional considerations.

First, the reforms of US money markets are to be completed by the middle of October.  This adjustment is a factor has lifted the Fed funds average effective rate 40 bp, a few basis points above where it was in the first part of the year.

Second, insurance companies are expected to announce an increase in premiums in late-October or early-November.  It is not clear why the latter would have an impact on the expectations for the effective Fed funds rate in November, but we see some references to it.

The US-German 2-year interest rate, which over time, does a reasonably good job of tracking the euro-dollar exchange rate, has widened to 136 bp from a low of 125 bp earlier in August. The 100- and 200-day moving averages converge at 130 bp.  In our experience, the rate differentials often lead the currency movement.

More recently, it has been popular to turn this argument on its head.  Because of the wide interest rate differentials (and swap rates), it is expensive to hedge dollar-denominated investments for Japanese and other investors.  Indeed, the TIC (Treasury International Capital) report showed that China and Hong Kong sold $28 bln and $11 bln of US Treasuries respectively in June.  Japanese investors sold $13 bln.

However, what is the most striking element in the TIC data was that all of the Treasury selling came from officials (central banks), not the private sector.  Specifically, the data showed that $32.9 bln of Treasury bonds and notes were sold in June, and officials sold $33.5 bln.

See also: The Dollar, What to Watch For, and Jackson Hole