The Three Rules of the Dodd-Frank Law 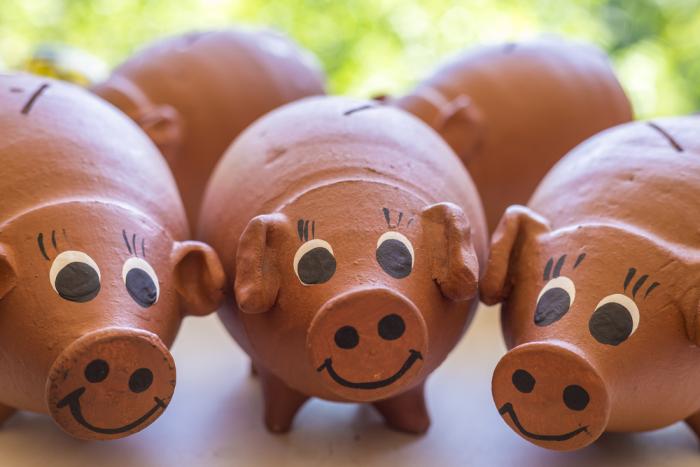 Dodd-Frank turned five last month and once again, the debate around some of its rules sparked many discussions by politicians and economists, but less by the public. According to a poll conducted in 2015, only 4 percent were ‘very familiar’ and 30 percent were ‘somewhat familiar’ of the Dodd-Frank law. Those who were aware were asked “Thinking about financial regulation, which comes closer to your view?” The results revealed that 45 percent believed that the government had gone too far and “made it difficult for economy to grow” while 47% believed that not enough was done and there could be another financial crisis.

Dodd-Frank is a lengthy law running 2000 plus pages with around 400 proposed rules, many still in the pipeline needing finalization or implementation. Some rules in Dodd-Frank still face long delays and many remain far from completion. These rules are aimed to regulate big banks and financial firms that had posed huge systemic risk to the economy in 2008. The rules include separation of banks’ activities (Volcker Rule), credible plans for big banks incase of bankruptcy (Living Wills) and restrictions on incentive compensation by financial executives (Banker Pay Reforms)

The Volcker rule is, by far, one of the most argued laws introduced in the Dodd-Frank Act. The rule was finalized last month and bans ‘proprietary trading’ by banks. While one school of thought is of the opinion that the rule helps in addressing the speculative trading by banks from their own accounts, another school of thought thinks otherwise. The supporters of Volcker rule argue that the rule helps addressing the problems faced in the financial crisis, ‘at least in part.’ The prohibition of proprietary trading can create huge losses making cleaning up failing banks difficult for financial authorities. By separating such activities the authorities will be able to regulate the risky activities by banks. Therefore, even if Volcker rule may not prevent another financial crisis, it will definitely help in controlling it.

On the other hand, the opponents of Volcker rule feel that the rule can decrease liquidity and make the financial system more vulnerable to another crisis. The combination of no proprietary trading, enhanced capital and liquidity requirements can lead banks to avoid market-making activities, which resultantly can lead to reduced liquidity. A liquidity gap, caused by reduced market making activities by banks, or by reduced trading volume, could trigger the next financial crisis. But supporters state that the Volcker Rule is designed to move liquidity from one firm to another outside the banking safety net. This in turn will create more competition and ensure that liquidity is not concentrated in a few large banks that have access to the safety net.

Not only the Volcker rule but also section 165 of Dodd-Frank, that highlights the ‘living wills’ of banks, remains disputable. The rule deals with the problem the financial authorities faced during the fall of Lehman Brothers. In 2008, Lehman Brothers had no advance planning for bankruptcy or a reliable plan to deal with billions in losses. Under Dodd-Frank, 130 banks are required to have ‘living wills’, in case of bankruptcy. Living wills are credible plans to exhibit that these banks will not spread financial contagion to other banks and cause a financial crisis. But in 2014, both the Federal Reserve and Federal Deposit Insurance Corp. (FDIC) found the submitted ‘living wills’ to be flawed. Following the dissatisfaction by these two financial authorities, the banks were asked to simplify their plans. But in 2015, the documents submitted by the banks covered thousands of pages with unrealistic assumptions and if these banks entered into insolvency, they could trigger a crisis. The opponents of ‘living wills’ have argued that the process of preparing a credible plan is expensive. Barclays has already spent $150 million to develop a plan for its US operations. Noted bank analyst, Dick Bove feels that ‘living wills’ weaken the confidence in the banking system. With very little public disclosure of the ‘living wills’, the rule remains full of confusion and murky to many.

One of the biggest issues in 2008 financial crisis was that while the public suffered huge losses due to the negligence of the financial regulatory system, big firm executives at Bear Stearns and Lehman Brothers took home millions in salary. Section 956 of Dodd-Frank deals with the restriction of excessive incentive compensation but on the fifth anniversary this rule seemed far away from implementation. The rule could also expose the firms to financial losses due to excessive risk taking. Public Citizen documented the delayed rules in the Dodd-Frank Act in 2014. The rule requires agreement between the Securities and Exchange Commission, the Office of the Comptroller of the Currency, the Federal Reserve, the Federal Depository Insurance Corp., the National Credit Union Administration and the Federal Housing Finance Agency. But since the last meet in 29 March, 2011 nothing much has been done about the rule. However, another rule adopted by SEC, helped in getting a step closer to the banker pay reform. The new rule requires public companies to disclose money earned by CEOs in comparison to ‘typical’ employees. But the drawback of the rule is that comparison of the CEO’s pay is done with the median employee compensation instead of the mean. Besides this every company is permitted to use its own methodology to classify the median employee. But disclosure of salaries, itself could help create some transparency within the organization and the public, especially during an economic downturn.

With many complexities and delays, the promise made by Dodd-Frank is yet to be delivered.  The above-mentioned rules are only three rules of the 400 ones that make up the Dodd-Frank Act. While Volcker rule is mostly in force, the other two, namely ‘living wills’ and ‘banker pays reform’ still seem to be distant from the finish line.