The Potential in Splitting Australia's GST into Two 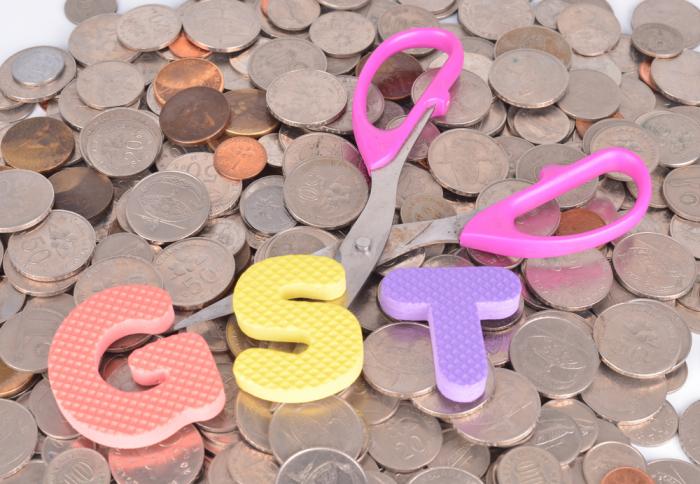 The overflowing rubbish tips of Lagos, the Pacific Ocean garbage patch, and the huge electronic graveyard of Guiyu, China might seem irrelevant to Australia’s current debate over reforming the Goods and Services Tax. Yet all three of these far-flung places are testament to the world’s incessant habit of buying stuff and then later throwing it away – and Australian consumers are just as culpable as any.

It is not hard to see why the world is awash with trash. In the United States, for instance, 80% of all goods are non-reusable, and more than 90% become waste within six weeks. Australians, meanwhile, currently produce the second most waste per person in the world.

The take-make-waste economy, premised on an imagined infinite supply of resources, has flooded the world’s shopping shelves with cheap, mass-produced products, designed for only a short life cycle and destined to end up as landfill or litter.

One response to this problem has been to promote recycling, but this fails to address the issue of household consumption itself. It has also given rise to an international waste trade that lets affluent countries ship their recyclable waste to Asia, Africa, and South America, where it can be difficult to track what happens to it.

What’s more, China’s recent move to limit the recyclable materials it accepts shows that financial incentives are not a powerful measure in keeping recyclables out of landfill anyway.

Combine that with the growing volatility and scarcity of resources used to manufacture goods, and it is clear that we need a less materialistic and less wasteful way of consuming. How can we encourage this? One way is to tax material goods at a higher rate than services.

In most countries, economic growth closely links to growth in waste generation. However, recent moves by the European Union have shown how the two can potentially decouple by investing heavily in a service economy rather than one based on the consumption of tangible goods.

In Australia, taxable goods and services group together under the same broad-based 10% sales tax. However, with the future of the Goods and Services Tax now under debate, there is an opportunity (as pointed out by accounting firm KPMG in a submission to Treasury) to acknowledge that not all consumption is equal.

Goods-based businesses focus on selling tangible items, whereas service-based ones rely mostly on selling a good’s function. The bed in a hotel room, the landscaper’s lawnmower, and increasingly the cars of Uber drivers and other assets involved in the sharing economy – the life cycles of these goods go beyond a one-off transaction by a single consumer, creating a recurring income to the service provider along the way. They are examples of how to drive economic growth without driving up the consumption and output of raw materials.

Australia’s economy is already largely service-based – 82% of all business incomes are for services rather than goods. This is fairly typical of developed economies, which have distanced themselves from the manufacturing competitiveness of China.

At the same time, though, these developed economies also have the highest overall goods consumption, and international free trade agreements are likely to expand the flood of cheap imported goods to Australia.

A revamped GST should seek to nurture our future service industries, while reflecting the environmental and social burdens of consuming disposable (mostly imported) goods – not to mention the economic burden of running waste management services. Lumping goods and services together and taxing them at the same rate does not do this.

We are already comfortable with the idea of imposing higher taxes on items deemed harmful. Taxes on alcohol, cigarettes, and luxury cars have all been successful in indicating to consumers the external costs to society of these consumption choices.

Sending a similar signal about the negative impacts of owning single-use goods will encourage Australians to embrace the de-materialised functional economy. Examples of similar incentives include the Swedish-based white goods manufacturer Electrolux, which offers a “pay per wash” scheme instead of consumers buying a washer outright. The decline in car purchases by the Millennials and the rise of Uber and other digitally driven sharing models also show this shift in motion.

Splitting the GST into a goods tax and a services tax would allow more flexibility to increase the tax rate for non-necessity, single-use goods. The extra revenue could still be distributed to the states (as the current GST is), and from there to regional and local governments that deal with waste management, encouraging investment in new state-of-the-art resource recovery facilities.

The industrial revolution relied on a strong partnership between industry and government, with many manufacturing and production achievements made possible by government subsidies, support, and infrastructure. The service revolution will require the same public policy support.

Yes, let us reform the GST, but let a vision of a sustainable Australia guide the reform.

Why do we tax goods and services at the same rate, when goods are so much less sustainable? is republished with permission from The Conversation