The Portion of the Singaporean Opposition Party in Power will Matter 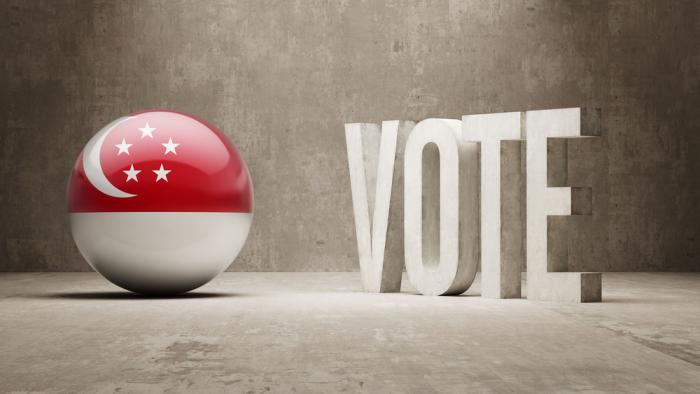 Singapore’s 2015 general elections will be the most widely contested since independence. Eight opposition parties and a handful of independents will vie for 89 parliamentary seats. A tactical question hangs over many of the 2.46 million eligible voters as they go to the polls on 11 September: do they reward the ruling People’s Action Party (PAP) for its recent implementation of several redistributive policies or credit the Workers’ Party (WP), the main opposition party, for making the government more responsive to the public?

Public discontent leading in to the 2011 elections was palpable. Liberal immigration policies contributed to overcrowding on public transport and rising housing prices. Infrastructure did not keep up with population growth. And the long queues for public flats saw many young couples delaying marriage, while the shortage of childcare centres in satellite towns made child-rearing inconvenient for young families. The unprecedented numbers of foreigners also triggered fears of a diluted national identity.

Singapore’s widening wage gap was a major concern too. Despite recovering quickly from the 2008 financial crisis and recording high economic growth, fears lingered that the bottom 20 percent were being left behind. Families in need found themselves in a vicious circle of poverty, with the elderly especially vulnerable. Underlining this was the perceived disconnect between the ruling elite and ordinary Singaporeans.

As a result, in 2011 the ruling party received its lowest share of the vote since independence, while seven WP members entered parliament. The introduction of a slew of corrective policies came quickly. Immigration flows tightened. Senior citizens were given health and transport subsidies. Construction of public flats hastened while transportation infrastructure received greater public fund investment to reduce overcrowding. Then the introduction of universal and life-long health insurance came along. In an effort to target middle-income voters, children from middle-income families received subsidies and the there was a lifting of the income ceiling for public housing eligibility.

There was a positive reception of these policy measures, and the perception of who is responsible will have bearing on the polls.

This time around, Prime Minister Lee Hsien Loong is raising the stakes by bringing the elections forward to the 50th anniversary of Singapore’s independence. It comes barely six months after the passing of Lee Kuan Yew and shortly after the 9 August National Day celebrations.

Clearly, the PAP seeks to ride on the memory of the late Lee and the ‘feel good’ factor of these celebrations: it may stem the incumbent’s steady decline in popular votes from 75.3 percent in 2001, 66.6 percent in 2006 and 60.1 percent in 2011. Despite these relatively high figures, the PAP worries that these percentages may drop below 60 or even to the mid-50s, closer to the norm in other pluralistic democracies. In light of all its advantages, anything other than a reversal of this downward trend will disappoint the incumbent.

A lack of credibility and visibility means these parties do not stand a realistic chance of entering parliament. Parties like SingFirst, RP and PPP are personality-driven with little organisational structure and zero presence on the ground. Many of them have ambiguous messages, with the exception of SDP and RP who call for greater personal freedoms and government transparency, respectively. Others, like NSP and SDA, have simply become irrelevant because of in-fighting or poor quality candidates. These parties make the assumption that dislike for the incumbent will translate into a vote for the opposition. Yet previous by-elections have shown the party’s brand is crucial to the voter.

The contest will thus come down to the PAP and WP.

The PAP wants the elections boiled down to two issues: urgent national leadership renewal and the WP’s handling of its town council in the Aljunied constituency. The former has been a perennial issue, with the PAP habitually conflating party renewal with national leadership. While voters traditionally accept this, the rejection of two ministers and a potential minister in the last elections suggests that there is a limit to such conflations. As for the government’s charge of WP’s mismanagement of its town council, it remains to be seen if the latter’s explanations, both in parliament and to its residents, will be sufficient for it to hold on to the constituency.

Politics, like true love, never did run smooth: other issues will play a part in determining the vote. The first will be over country’s pension funds and the perceived lack of transparency over how to invest the money in the fund. A portion of lower-income, Singaporeans are disgruntled over the ever-rising minimum age for funds withdrawal and some parties will capitalise on this unhappiness at rallies. Although consumer prices have fallen amid tumbling oil prices, the cost of living and calls for a minimum wage will also be major campaign issues, especially for lower-income voters whose wages have lagged behind inflation rates. Finally, the stuttering public transportation system will receive ample airtime.

The most crucial long-term outcome of the 2015 election will be the size of opposition presence in parliament. If this presence increases from the current 10 members, the trend that began in 2011 will continue and the country will inch towards, perhaps not a two-party state, but a more pluralistic democracy. If it shrinks then the ruling party can claim to have adapted, evolved and come back stronger.