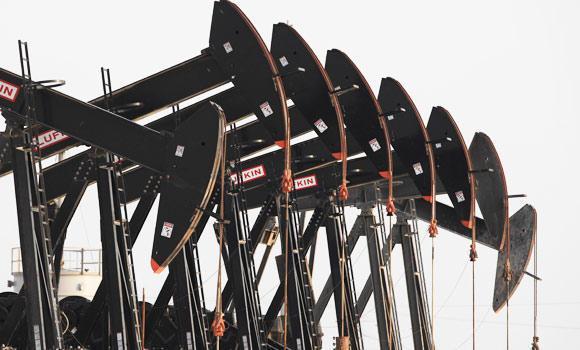 The EIA continues to project higher production, even as the price has fall.  The World Bank cut is world growth forecasts for this year and next earlier this week.

This forecast seems to be at some risk of a revision lower.  However, there is an important lag here.  Some new wells are only now being exploited.  Shale production, which accounts for about a third of US output typically have short lives than conventional production.  Capital budgets are being cut, and this will impact futures exploration and development.

The other point that we made before and worth repeating in this context is that US oil production is not just a function of OPEC trying to maintain too high a price in the past, which gave rise to competition and alternatives, but also access to cheap credit.  Capital is not as cheap as it was. However, the debt acts like a fixed cost.  Producing at a loss is an incentive to businesses with high fixed costs.  We expect the squeezing of debtors in this space and the fragmented industry to rationalize through failures and mergers.  Regionally, Texas and North Dakota are particularly vulnerable.

The increase in production has come despite the decline in the number of oilrigs.  The number of operating oil rigs in the fell by 61 last week to 1421, which is the lowest in a year.  The oilrig count peaked early last October at 1609.  In past dramatic bear markets for oil, the US has lost between a third and half of its rigs.  A comparable decline now should not be surprising.  It may take a couple of quarters. Due to technological advances that boost efficiency, like horizontal drilling, the correlation between rig count and production is looser.

Output is still exceeding demand.  This translates into higher inventories.  Crude inventories rose by 5.39 mln barrels, which in the US is about a little more than half a day of production.  According to EIA figures, US crude inventories stand at 387.8 mln barrels.

US refineries continue to operate at more than 90% capacity.  Gasoline inventories rose 3.17 mln barrels to 240.3 mln.  Distillates (e.g. heating oil) inventories rose 2.93 mln barrels to 139.9 mln.   The average price of retail gasoline has fallen to $2.10, the lowest in nearly six years.  The decline in gasoline prices expects to boost household discretionary consumption.  US December retail sales, especially the core rate, which excludes gasoline, autos, and building materials, was disappointing,  but generally US household consumption fairly strong.  Moreover, US consumption is taking place without the use of revolving debt.  We caution against reading too much into the disappointment with any one high frequency data point, if a trend were to develop, that would be a different story.

There are dozens of oil benchmarks.  Brent and WTI are simply the most important.  The West Canada Select benchmark fell to about $33.30 recently.  The combination of new pipelines (not the Keystone yet...) and new rail capacity has boosted Canada's shipments to the US.  In early January, Canada was shipping 3.2 mln barrels a day to the US.  This is displacing others, including Saudi Arabian oil, and is challenging Mexico.  The premium for Canada Select over Mexico's Maya has fallen to four-year lows.  In early January, the US imported about 533k barrels a day of Mexican oil.

Another important development has been the convergence between WTI and Brent.  There are several factors at work.  Some participants expect the US output to slow faster than the rest of the world's production.  OPEC wants Brent to fall below WTI.  Over time, this will encourage US refineries to process Brent over domestic output, squeezing US producers more.  At the same time, there appears to be growing speculation that the US will lift, or at least modify, its ban on crude exports.  This is relatively supportive for WTI over Brent.

Participants are also watching storage capacity.  Europe has less unused storage capacity than the US.  Extra storage capacity may help underpin prices in the face of insufficient demand (relative to supply).  Storing oil on ships is expensive. Estimates put it around $1.20 a month per barrel.  Storage at Cushing, where delivery of WTI futures takes place, costs about a third as much.

Oil Update is republished with permission from Marc to Market