The Next APEC Summit Presents Many Challenges for China 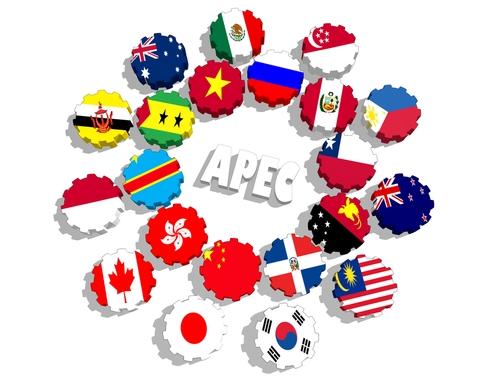 But, at its fundaments, APEC is a political construct, committed to those cooperative goals in concert, including with North America. So it’s not surprising that, once elevated to a leader’s level summit, APEC has served on the side to sort out political and diplomatic issues among its members — it provided the first venue for a meeting between a Chinese and US president after Tiananmen; it brought China and Taiwan together routinely before relations developed under their new framework; and it served as a vehicle to sort issues between Australia and Indonesia over the troubles in East Timor, for example.

This year there is intense focus on the APEC opportunity to begin to fix the political relationship between China and Japan, or more particularly the terms that might enable a handshake between the Chinese and Japanese leaders to take the first steps.

There are a number of issues that play into the current tensions between China and Japan.

The first has to do with the baggage of history. There will have to be understandings on how to manage the Yasukuni shrine and the other history issues that offend China and Japan’s other Northeast Asian neighbours if there is to be a beginning.

The second has to do with territorial disputes which, Sourabh Gupta says in this week’s lead essay, dominate manoeuvring around the upcoming meeting between the Chinese president and Japanese prime minister. At this point, Gupta says both Japan and China need to agree on political restraint and moderation to avoid further conflict and assume responsibilities to reassert maintenance of the status quo.

‘The East China Sea has historically been a sea of peace, cooperation and commerce as ideas and goods have regularly crossed its shore’, writes Gupta. ‘In 2008 the then leaders, Hu and Fukuda, sought to restore the sea and the wider China–Japan relationship — which had been damaged by Koizumi’s repeated visits as prime minister to Yasukuni Shrine — to this historical norm. Setting the politically sensitive issue of maritime delimitation in the East China Sea aside, the two leaders agreed to jointly develop the sea’s bounty in overlapping zones without prejudice to their respective sovereign rights and jurisdiction claims. Rather than focusing on the sovereignty dispute itself, Beijing and Tokyo should concentrate on the opportunities arising from the islands’ sovereign rights and jurisdiction by jointly prospecting for oil and gas in seabed areas in the islands’ vicinity’.

There is a third important issue, one that is unstated but at the crux of the current diplomatic stoushes between the two countries.

The past two decades have seen huge changes in the scale and pace of global economic growth, driven importantly by what has been happening in Asia. The change in scale and structure of the Asian economy since Japan and Australia together helped frame the first institution for trans-regional cooperation — APEC — has been enormous. New players like China and India have changed the shape of regional economic and political affairs and the region’s growth has defined what many now call the Asian century.

Asia’s economic success has changed its place in the world and how it’s now perceived in global economic as well as political affairs. Old conceptions of the regional economic order are outmoded and Australia, Japan, China, South Korea, and Indonesia all have to re-think their place in the region and how the region relates to the global economic system. This is a process on which we all have been somewhat reluctant to embark, in part because there was a lack of comprehension of the speed and enormity of the changes as they unfolded, and also in part I fear because old dreams are difficult to let go and limit the imagining of designs and strategies that attend to the future beyond ideas that are rooted in the past.

Japan, of course, was the leading edge of Asia’s trade and industrial transformation but the other countries in Northeast Asia, ASEAN, China and India signed on. The 1980s and 1990s were the heyday of Asia’s first and second waves of golden growth. These were the days when Japan was at the centre of regional trade and economic growth. Asia was turbo-charged, with growth of around 7 or 8 percent a year, lifting its share in global output and trade. Japan was number two in the world economy, edging up briefly on number one.

Perhaps no country’s geo-political and economic position in the region has changed more dramatically than Japan’s since the 1980s. And it is still not clear that policy-making or thinking has caught up with these new circumstances. At that time, Japan’s conception of its leadership role and its vision for the region — a role and a vision of region-wide economic dynamism, with expanding frontiers stretching from its Northeast Asian neighbours through Southeast Asia and, of course, into China — comprehended both Asianism and internationalism. Times have changed. Japan, for example, now has South Korea as a major competitor and threat to many of its prized and symbolic brands globally. South Korea also challenges Japan’s former position in Asia as a dynamic player in regional and global affairs. The economic ascendancy of China and the emergence of India both mean that Japan’s position in the region is very different from what it was at the beginning of the 1990s.

Failure to accept and to integrate these circumstances into the framing of policy and to set national priorities accordingly is bound to leave us on the back foot in realising both Asia’s economic and political potential in this new international environment — with a dynamic China–Japan relationship as one of its central poles.