The FOMC's Statement is Unlikely to Provide any Fireworks 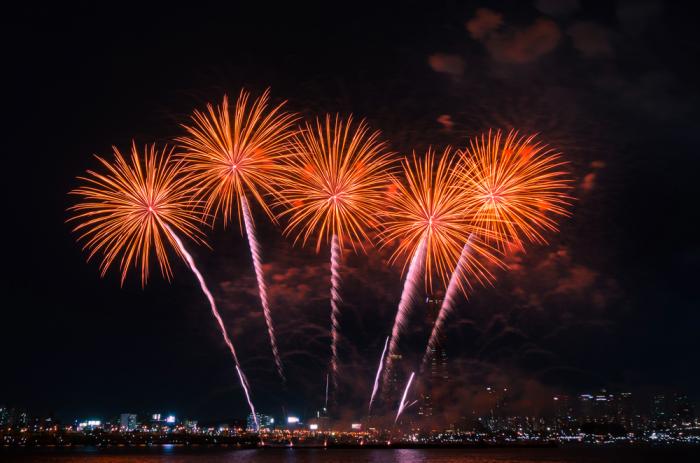 While the markets wait for no man, the FOMC is a different story.  Janet Yellen expects to lead the Federal Reserve into taking the first step toward normalizing monetary policy in the coming months.  Although the statement she crafts is unlikely to contain an overt signal of a hike at the next FOMC meeting in September, it is expected to acknowledge that the economy is moving toward the central bank's goals.

Indeed, last week, initial jobless claims fell to new cyclical lows.  There were the fewest filing for unemployment benefits since 1973, despite a significantly larger work force and population.  Tomorrow the government provides its first estimate of Q2 GDP, and a rebound is widely anticipated after the near-stagnation in Q1.

A press conference or new forecast will not follow today’s FOMC statement.  We regard the statement as the clearest signal from the Fed's leadership.  The minutes and forecasts have more noise as the cacophony of views and interpretations obscure the underlying signal.  Yellen has ushered the Fed from its date dependent guidance to a data focus.  There is no reason to abandon this and tip its hand.  There are still two employment reports before the September meeting.  By our calculation, the September Fed funds futures contract is pricing in roughly a 50% chance of a September.  We would attribute somewhat higher odds.

Yellen seemed clear in her recent Congressional testimony.  While the Fed is monitoring international developments, the knock-on effect from the Greek drama and the fall in Chinese shares is manageable.  The US economy has proven fairly resilient.  She also responded to the call in some quarters, including from the IMF, that lift-off should wait until next year.  Yellen argued that an earlier move might allow for a more gradual pace of normalization while waiting longer could force more dramatic action.

It is true that commodity prices, including energy prices, have weakened.  Unlike most central banks, the Fed looks through such weakness, arguing that its impact on inflation in transitory, and focuses on a core rate to set policy that excludes food and energy.  Of course, some weakness in commodity prices does bleed into the core measure, and the Fed takes this into account as well.  Ultimately, the Fed officials, like many economists, see labor costs as the key to core inflation, and that over time headline inflation converges to core inflation.

We note that ahead of today's FOMC statement, indirect bidders, which include foreign central banks and some US mutual funds, took down 54.4% of yesterday's 2-year note auction.  This is the largest share in six years.  The 2-year note is particularly sensitive to US monetary policy.  The two-year had built a concession that may have induced some buying.  The yield had backed up 15 bp this month.  The US will sell $35 bln of 5-year notes today and $29 bln 7-year notes tomorrow.

Chinese stocks rebounded today, ending a three-day decline, with the Shanghai Composite up 3.4% and the Shenzhen Composite up 4.1%.  Margin used fell by CNY31.9 bln to CNY887.5 bln on the Shanghai market.  This is the lowest use of margin in four months.  Shares remain suspended in 517 companies.  This appears to be four less than yesterday but still account for nearly 20% of Chinese shares.  They toyed with the 200-day moving average on July 8-9 and then again yesterday.  It has held above this moving average since the end of July 2014.  It is near 3541 now.

The failure to sustain gains on Monday and yesterday's sell-off appeared to have been sparked by a misunderstanding that Chinese officials tried to clarify, and this seem to underpin shares today.  China's Securities Financial Corp (CSFC) channeled public and private funds into the stock market.  It had borrowed funds from commercial banks.  Reports suggested that it returned some of those borrowed funds well ahead of when they were due, and it may have reduced its share holdings.  Officials suggest that it did not sell the shares but transferred the shares for technical reasons.  Officials reassured investors that it continued to support the equity market.

The news stream is otherwise extremely light.  Governor Wheeler of the Reserve Bank of New Zealand pushed against expectations for dramatic rate cuts but did reiterate the need for a lower New Zealand dollar and scope for additional rate cuts.  The mini-tightening cycle was worth 100 bp and half of it has been unwound.  We look for the other half to be unwound in the coming months.  Kiwi initially rallied to $0.6740, a little more than three-quarters of a percent, but gave it all back in subsequent activity.

Japan reported soft June retail sales (-0.8% month-over-month).  Even this may overstate the case as there was a 6% rebound in gasoline prices in Japan.  It accounts for 8% of the retail sales basket.  The year-over-year rate slowed to 0.9% (Bloomberg consensus was 1.1%).  It was 3% in May and 5% in April.  Tomorrow’s report of overall household spending is a better gauge of consumption.

There was little reaction to news from the UK that June consumer credit and mortgage approvals were a little stronger than expected.  Since earlier this month, sterling’s cap has been in the $1.5675 area.  We suspect the market will attempt to push through there ahead of next week’s BOE meeting in which the minutes and economic forecasts will be released at the same time.  There are widespread expectations that two or three MPC members will dissent from the majority to hike rates now.  The next sterling target is near $1.58.  The year’s high was set in mid-June near $1.5930.

While most central banks are in an easing mode, the central bank of Brazil is a notable exception.  It expects to hike rates another 50 bp later today.  The macro political and economic backdrop is deteriorating.  S&P lowered its outlook for Brazil’s credit worthiness to negative from stable.  It currently rates Brazil BBB-, the lowest investment grade status.  It cited faltering growth and political infighting.  Yesterday the dollar reached its highest level against the real since 2003 a little above BRL3.43.  In this environment, and as we saw recently from the South African rate hike, it may not be sufficient to stem the currency slide.