The Eurozone Focus on Germany, the U.S. on Yellen 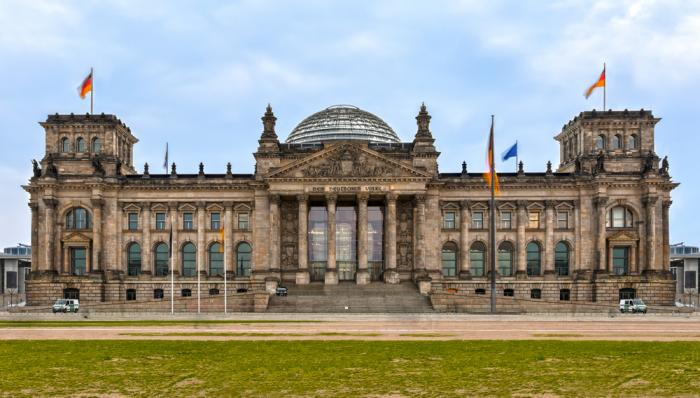 The US dollar remains heavy against most of the major and emerging market currencies today as the pullback that began at the end of last week continues.  The Australian and New Zealand dollars are leading the way, with 0.5%-0.6% gains.   Nevertheless, we expect to see the dollar stabilize over the next couple of sessions.

Despite some polls that still show a tight contest, sterling remains firm.  After a pullback to $1.4640 (from above $1.47 yesterday), sterling has been bid through the May 3 high of and the highest level since very early January. The high for the year was set on January 4 near $1.4815.   As North American participants prepare to return to their posts, sterling is higher on the year (0.25%).

The dollar slipped briefly below JPY103.60 in Asia, to approach the multi-year low set last week near JPY103.55 before rebounding to JPY104.60 by early European hours.  Only a move above yesterday's high (~JPY104.85) would begin healing the technical damage inflicted during the seven-day slide that may be ending today.  Beginning Monday, May 30 through yesterday, there have been 16 sessions.  The dollar has fallen in all but three of those sessions.

The euro is trading comfortably within yesterday ranges (~$1.1280-$1.1380).  There have been two news developments in the Eurozone.

First, the German Constitutional Court dismissed the suits that challenged the ECB's OMT program.  The Court provided indicated certain activities that must be done to minimize risk to the German budget, but nothing particularly onerous.

These conditions included things like monitoring the volume and risk structure, no pre-announcing purchases, providing a minimum time before sovereign issuance and ECB purchases, and limiting volume in advance.  The Germany Court also ruled that the sovereign needed to maintain access to the financial markets.  Perhaps, the condition with the most significant implication is that the bonds should not be held until maturity.

Second, the German ZEW investor survey was better than expected.  The assessment of the current situation increased to 54.5 from 53.1 in May.  This is second consecutive advance off from the fluke low of 47.7 in April (lowest since February 2015).  The expectations component rose to 19.2 from 6.4.  Many had expected decline, and instead now stands at its best level since last August.

Both the Reserve Bank of Australia and the Bank of Japan published minutes from their recent meetings.  The minutes tended to strengthen already existing views.  The RBA has adopted a neutral stance.  It is more upbeat on the economy than previously.  It would take a drop in inflation to bring a rate cut back on the table.  Note that Australia is holding national elections in early July, and in economic terms, the campaign is being fought over increased public investment or corporate tax cuts.

The take away from the BOJ minutes is that although most members agreed that QQE was having a clear impact, officials were still concerned about the downside risks to both economic activity and prices.  There is a risk that the BOJ takes new action at next month's meeting when it reviews it growth and inflation projections.  It would be six months since the BOJ's late-January surprise adoption of a negative deposit rate.

It is arguably in a position to evaluate it impact and, to address the tightening of financial conditions represented by the stronger yen and the decline in equities.

The main event in North America today is Fed Chair Yellen's testimony to Congress.  Given the proximity to last week's FOMC statement and press conference, she is unlikely to provide much in the way of new insight.  Yellen walks a fine line.  She acknowledges the weakness of the recent jobs data, but also shies away from letting one report challenge the general understanding that the economy is rebounding in Q2, with improved consumption, as the Fed had anticipated.

At her press conference last week, Yellen indicated that a July hike was not "impossible."  We see this as "damning by faint praise," suggesting that the bar to a July hike is high, and seems to require a strong rebound in jobs and continued expanding consumption.

Greenback remains soft is republished with permission from Marc to Market