The Economics of Reproductive Health 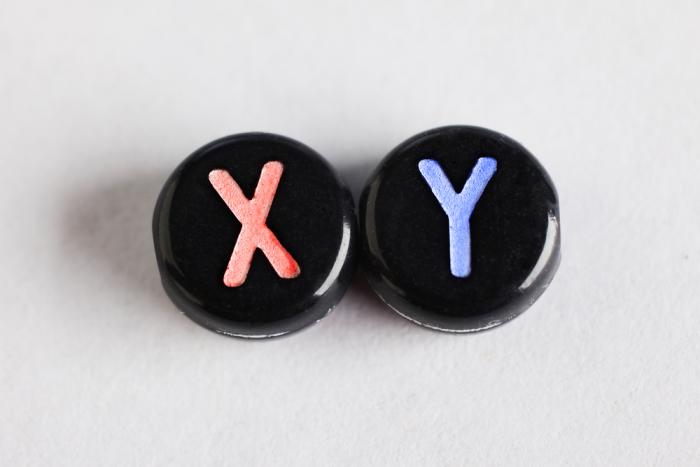 Such access lets women control the timing and size of their families so they have children when they are financially secure and emotionally ready and can finish their education and advance in the workplace. After all, having children is expensive, costing US$9,000 to $25,000 a year.

Moreover, that’s why providing women with a full range of reproductive health options is good for the economy at the same time as being essential to the financial security of women and their families. Doing the opposite threatens not only the physical health of women but their economic well-being too.

The Supreme Court acknowledged as much in 1992, stating in Planned Parenthood of Southeastern Pennsylvania v. Casey:

The ability of women to participate equally in the economic and social life of the nation has been facilitated by their ability to control their reproductive lives.

However, it seems that state and federal legislators, certain politicians running for president as well as some conservative Supreme Court justices have forgotten the meaning of this sweeping language.

Therefore, the right to control their reproductive health has become increasingly illusory for many women, particularly the poor. A CDC study suggested 99 percent of women have used birth control at one point or another. Joshua Roberts/Reuters

The economics of contraception

With some conservative politicians dead set on limiting access to abortion, you’d assume that they would be for policies that help women avoid unintended pregnancies. However, control are escalating, even though 99 percent of sexually active women have used some form such as an intrauterine device (IUD), patch or pill at least once.

In addition to its widely recognized health and autonomy benefits for women, contraception directly boosts the economy. In fact, research shows access to the pill is responsible for a third of women’s wage gains since the 1960s.

In addition, this benefit extends to their kids. Children born to mothers with access to family planning benefit from a 20 to 30 percent increase in their own incomes over their lifetimes, as well as boosting college completion rates.

Still, there is a class divide in contraception access, as evidenced by disparities in the 2011 rate of unintended pregnancies. While the overall rate fell to 45 percent (from 51 percent in 2008), the figure for women living at or below the poverty line was five times that of women at the highest income level (although also decreasing).

One reason for this disparity is the cost of birth control, particularly for the most effective, long-lasting forms. For instance, it typically costs over $1,000 for an IUD and the procedure to insert it, amounting to one month’s full-time pay for a minimum wage worker.

These costs are significant, given that the average American woman wants two children and will thus need contraception for at least three decades of her life. Unfortunately, planning meets only 54 percent of the need, and these funding streams are under constant attack by conservatives.

Not surprisingly, health insurance makes a difference, and women with coverage are much more likely to use contraceptive care. The Affordable Care Act is responsible for part of the drop in unintended pregnancies – it expanded contraception coverage to around 55 million women with private insurance coverage.

Yet this coverage is also at risk for millions of employees and their dependents who work for employers claiming a religious objection. In Burwell v. Hobby Lobby, the Supreme Court concluded that a for-profit company couldn’t only profess religious beliefs but also impose those beliefs on their employees by denying them certain forms of contraception. The regulations allowing religious employers to opt out of offering contraceptive coverage. Affected employees are then covered directly by their insurers.

This is not enough for some. In March, the Supreme Court heard oral arguments in the case of Zubik v. Burwell, in which several religious nonprofits assert that even the act of seeking an accommodation from the law burdens their religious consciences.

These religious groups argue in part that women can get their birth control from other sources, such as federally funded family planning centers. Yet at the same time, conservatives are on a mission to slash that funding, particularly for Planned Parenthood, which provides sexual and reproductive health care to almost five million people a year.

This makes no economic sense. Publicly funded family planning programs pregnancies a year and save the government billions of dollars in health care costs. The net savings to government are $13.6 billion. For every $1 invested in these services, the government saves $7.09. Hillary Clinton, who was endorsed by Planned Parenthood, has complained about the lack of attention paid toward abortion in the debates. Brian Snyder/Reuters

Sex education and the economic ladder

Another key to reproductive health – and one that isn’t discussed enough – is sexual education for teenagers.

For years, the public has spent over $2 billion on abstinence-only programs, which not only fail to reduce teen birth rates but also reinforce gender stereotypes and are rife with misinformation. Low-income minority teens are particularly subject to these programs.

Teens without knowledge about their sexual health are more likely to get pregnant and less likely to work, spiraling them to the bottom of the economic ladder.

President Obama’s proposed 2017 budget would eliminate federal funding for abstinence-only sex education and instead fund only comprehensive sexual education, which is age-appropriate and medically accurate. However, Congress has rejected the president’s prior proposed cuts and the same result is likely for 2017.

Then there’s the issue of abortion. Let’s start with the cost.

Half of women who obtain an abortion pay more than one-third of their monthly income for the procedure.

Costs rise significantly the longer a woman must wait, either because state law requires it or she needs to save up the money – or both. Studies show that women who cannot access abortion are likely to fall into poverty than women who obtained abortions.

In addition to the financial burden, laws designed to limit abortion access. These laws hit low-income women particularly hard. From 2011 to 2015, 31 states have enacted 288 such laws, including waiting periods and mandatory counseling sessions.

Moreover, 24 states have enacted so-called TRAP laws (targeted regulation of abortion providers), which medical experts say go far beyond what is needed for patient safety and impose needless requirements on doctors and abortion facilities, such as requiring facilities to have the same hallway dimensions as a hospital.

In March, the Supreme Court heard arguments in a case challenging a Texas TRAP law, Whole Women’s Health v. Hellerstedt. If the court upholds the law, the entire state of Texas will be left with only 10 abortion providers.

A lower federal appeals court stated in the Texas case that travel distances of more than 150 miles one way are not an “undue burden” and are thus constitutional. This, I would argue, shows a complete lack of understanding regarding the difficulties that poverty – especially rural poverty – imposes. Traveling long distances adds additional costs to an already expensive medical procedure.

The court’s decision is expected in June. Observers fear that the court could split 4-4, which would leave the Texas law intact. A Texas federal court said a new law that would reduce the number of abortion providers to 10 wasn’t an ‘undue burden’ for women. Kevin Lamarque/Reuters

Another way in which U.S. policy on abortions exacerbates economic inequality, especially for women of color, is through the ban on federal funding – which some aspiring politicians seem to have forgotten is still in place.

It has been so since the 1976 enactment of the Hyde Amendment, which prevents federal Medicaid funds from being used for abortions except in cases of rape, incest or when the life of the mother is at risk. The Affordable Care Act does many wonderful things for women’s health, but it also extends the Hyde Amendment through its expansion of Medicaid, and it allows states to ban abortion coverage in their private exchanges.

Denying poor women coverage under Medicaid contributes to the unintended birth rates that are seven times higher for poor women than high-income women.

In addition, as Hillary Clinton correctly noted recently, it’s an issue that deserves more attention in the presidential campaign – and hasn’t received enough.