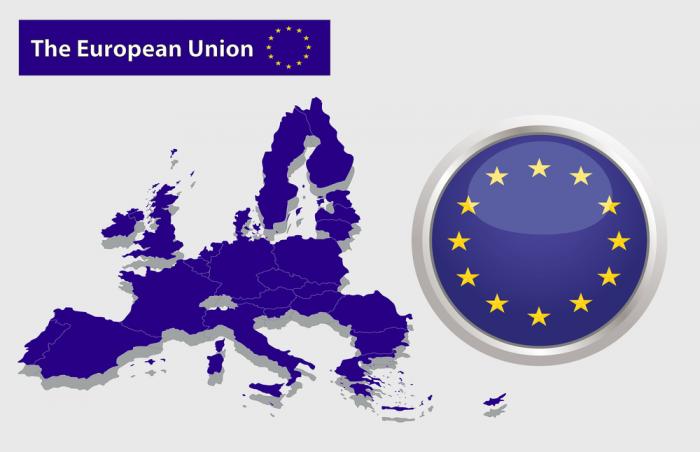 The European Union, still nursing wounds from its crisis over the euro and “Grexit,” is facing a much more severe threat that strikes at the very heart of the EU’s legitimacy. In addition, the problem concerns the very measures put in place to resolve the earlier crisis, which nearly led to a Greece exit from the Eurozone.

That threat concerns the EU’s legitimacy and is putting the bloc under tremendous pressure. It took on new urgency last month when the U.K. voted to exit the union, adding to the rising chorus across the continent demanding similar in or out referendums.

Those in favor of “Brexit” made a big part of their campaign how “unelected” bureaucrats in Brussels infringed on their sovereignty, with many celebrating the victory as the U.K.’s “independence day.”

The pressure could intensify in the coming months and years as European economies continue to stagnate and nationalist politicians in France, the Netherlands and elsewhere grow in popularity and call for their own “Frexits” and “Nexits.” They tend to repeat Brexit campaigners' claims that the EU has become overly intrusive and are ineffective.

When it comes to fiscal governance, they actually have a point. Fiscal governance is one of the most problematic areas for both the operation and legitimacy of the EU. Particularly troublesome are post-euro-crisis efforts to avoid another one by imposing tight limits on member state budgets and policies – and the haphazard way the EU enforces them. That includes this week’s decision to declare Spain and Portugal in breach of fiscal rules after ignoring violations for so long, exposing them to unprecedented fines.

While the focus of our research is on how the EU’s policies affect health care, we’ve also explored the broader impacts of the EU’s fiscal governance mechanisms. We’ve found that there is little reason to think fiscal governance will help spur growth or avoid future crises. In fact, it’s more likely to continue to sow division and lead to more problems in the coming years. The EU’s efforts to forestall Eurozone economic crisis started all the way back in 1992, when the Maastricht Treaty laid the foundations for economic and monetary union.

Back then, all EU members agreed to maintain, “sound public finances” (i.e., low deficits and debt). They tried to establish measures to enforce this five years later with the Stability and Growth Pact, which imposed fines when certain deficit, debt and other levels were breached.

The euro’s financial crisis, however, revealed that that pact wasn’t enough, since some countries such as Spain had healthy public finances, well within EU requirements, but imbalanced economies. To remedy the problem, in 2011 the EU created a new procedure to identify and punish imbalances.

The problem with procedures designed to take effect after there are problems, of course, is that the whole point is to prevent them in the first place. Measures designed primarily to punish are often doomed to failure. It is always easy for politicians to take the risk of (potential) punishment later in return for lower taxes or economic growth today (risking high deficits and problems in the future).

Over the years, EU leaders did create processes to monitor and intervene in member state policies of all sorts in order to keep them from choosing bad policies. However, none of them was quite as intrusive as the European Semester, also set up in 2011 as an annual review of macroeconomic conditions and fiscal policy.

This mechanism resembles nothing as much as a “Rube Goldberg machine,” referring to the cartoonist famous for inventing hilariously complicated ways to achieve simple goals, such as a dozen improbable steps required to comb hair or cut a loaf of bread.

EU fiscal governance, with its multiple, redundant, interlocking mechanisms all aimed at controlling government budgets, is at best a very complex way to achieve the simple goals of the Stability and Growth Pact. However, it is more likely that it will fail to foster stability, promote growth or prevent another financial crisis.

Here are four reasons why.

Just look back in time

First, a brief look back at history shows what happened when earlier mechanisms to this were breached.

The record of EU fiscal policies constraining member states since 1992 is very poor. The most dramatic incident was in 1995 when both France and Germany breached the Stability and Growth Pact and persuaded the other member states to rewrite it with more flexibility.

Less noted but equally interesting was Ireland’s decision to ignore a 2000 sanction. There were no real consequences for Ireland, a far less powerful state than Germany or France.

In addition, it already appears that the new fiscal governance system is being undermined. The Dutch finance minister in June complained that the European Council was showing favoritism to big countries when it let Spain, Portugal (not actually a big country) and France have more time to bring their budgets into compliance with the rules. Complex rules are no match for political agreement, it seems.

After the Brexit vote and Spanish elections, and with French elections next year, will member state resistance start to matter less?

Second, the EU was not the first to set up fiscal mechanisms intended to restrain democratic politicians from making unsound policy decisions.

Every U.S. state but one (Vermont) has similar rules. Their constitutions have balanced budget amendments that forbid deficit spending. Yet neither courts nor politicians like to enforce them. Courts are reluctant to delve into the details of budgets and often unsure how to enforce their rulings, while politicians often want to run deficits (if nothing else, to keep from cutting services during recessions). The result is budgetary trickery as politicians look for ways to invest without being constrained by balanced budget rules.

Do judges wish to risk their credibility and legitimacy, and spend their time, determining whether an elected government has written a legitimate budget?

Courts in the United States, over almost two centuries of balanced budget rules, have not. It is bond markets, rather than judges, that have been policing state deficits. It is unclear that European courts would act differently.

Third, the rules assume that bad finances and macroeconomic imbalances are the results of bad policies.

Rather, research shows that variation in deficits is driven by the economy more than policies. Plainly put, deficits grow when there is less tax revenue and more unemployed people. The mechanisms are “automatic stabilizers” such as unemployment insurance that stabilize economies in downturns through government expenditure.

This is a simple point but one that undermines the whole fiscal governance apparatus. If economic cycles, and the attendant revenue and expenditure changes, drive deficits, then enforcement of fiscal rules just means kicking countries when they are down.

Fourth, the experience so far shows just how political and occasionally inexplicable the decisions can be.

For example, in 2015 the French were advised that their limitations on medical school enrollment were a threat to the country’s fiscal future.

Most health economists have long agreed that training more doctors raises, rather than lowers, health costs. The potential demand for health care is enormous. More doctors can therefore create work for themselves even if it increases health care costs. ECB Chair Draghi is widely considered most responsible for the Eurozone’s successful (so far) navigation of its crisis. Francois Lenoir/Reuters

How, then, has it been that the EU managed to end the rout of its government bond markets and limp along since the debt crisis?

The answer is simple: the European Central Bank’s monetary policy decisions, which saved the Eurozone. The ECB made it clear that speculators would be betting against not a weak member state such as Spain but against the power of a central bank. Markets grew calm only after ECB head Mario Draghi promised the bank would do “whatever it takes” to defend the euro. The flapping bits of Rube Goldberg machinery (fiscal governance mechanisms) contributed little or nothing to the result.

It will be hard to rethink this system, entrenched as it is in EU law and an intergovernmental treaty, but the crisis over Brexit might make doing so worthwhile. An intrusive, dysfunctional system of rules that are impractical, intrusive and political hardly helps the EU get through this period of turbulence.

If this is what EU membership means, it is easy to see why some voters want no more of it.

From Grexit to Brexit, why EU’s mess of rules designed to prevent crisis is causing it is republished with permission from The Conversation