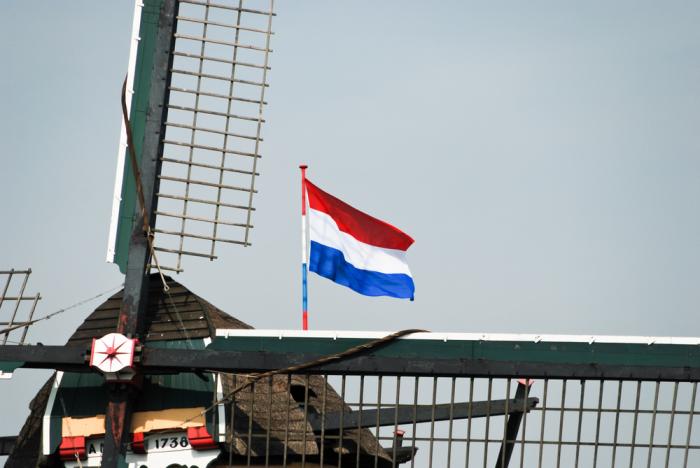 In what is possibly one of the under-appreciated political events of the year, the Netherlands holds a plebiscite today on an associational agreement with Ukraine already approved by the Dutch parliament, the European Parliament and all other 27 EU members.

When stated so baldly, it is difficult to see what is at stake. Yet the consequences of a no vote, which seems likely, will send reverberations throughout Dutch politics, the EU, and the geopolitical balance in central Europe.

Even though the referendum is not binding, the leading Dutch parties have agreed to accept the results.  Prime Minister Rutte has campaigned for to reaffirm the agreement.  A rejection by the people is tantamount of a vote of no-confidence in the government.  At a bare minimum, the governing coalition would be shaken.  It would be cast as an important victory for Wilders' anti-immigration and anti-EU Party for Freedom. It could even embolden it to campaign for a referendum on the EU, like the UK's.

The corruptness of the Ukraine government, with President Poroshenko's name appearing in the newly released "Panama Papers", has sometimes been cited by those who oppose closer ties with Ukraine.  However, the real issues are more about the Dutch elite than it is about Ukraine's corruptness.

Recall that in 2005 the Dutch people rejected the EU constitution.  It was nevertheless adopted in a slightly amended form, without voters' approval.  Like many in Europe, there is a segment of the Dutch electorate that is not happy with the direction the EU has taken and its enhanced powers post-crisis.  In addition to distrust for the Dutch government in some circles, there are also conspiracy theories that swirl around the shooting down of flight MH17 in 2014 with nearly 200 Dutch citizens aboard.

Inconveniently, the Dutch hold the rotating EU presidency.  Rather than provide leadership, the Netherlands can cause much mischief with a no vote. The European elite would likely find a workaround like the one they did with the constitution, which can only add to the democratic deficit.

Unfortunately, choosing this moment and this issue to punish the Dutch and European elite is to give an important victory to Russia's Putin.  Putin ejected Ukraine from Russia's customs union, forcing it to rely on the EU for trade.  A rejection of the association agreement by the Dutch could further isolate Ukraine, adding to its destabilization, and showing the Ukraine cannot depend on the West.

Putin has made his own gambles, like in Crimea and Syria.  His adversaries seem to be doing some of his heavy lifting.  The Dutch referendum will demonstrate to Ukraine that it remains squarely in Russia 's sphere of influence.  A UK vote to leave the EU in June would further weaken an important bulwark against the projection of Russian influence.

A Dutch rejection at today's referendum will likely be seized upon by the Brexit camp as additional fodder for its arguments that the EU has lost its way.  It need not be that way.  Part of the agreement with the Ukraine involves visa-free access into the EU.  It requires unanimity within the EU.  The UK’s veto within the EU still matters in many areas.  More deft British diplomacy could find ways to maximize this power, while of course; Brexit is the unilateral surrender of its veto.

The outcome of the Dutch referendum could send reverberations through Amsterdam, Brussels, and Kiev.  It would be another blow to the EU as is girds up for the possibility that a member leaves.  At the same time that Poland, Hungary. Czech and Slovakia begin pushing back as a bloc.  It could deliver Putin as low-cost and undeserved victory.  It further cast doubt on Europe's ability to deliver peace and prosperity.

Dutch Referendum: Devil is not in the Details is republished with permission from Marc to Market

See also: European politics dances to the drum of the far right