The Dollar, What to Watch For, and Jackson Hole 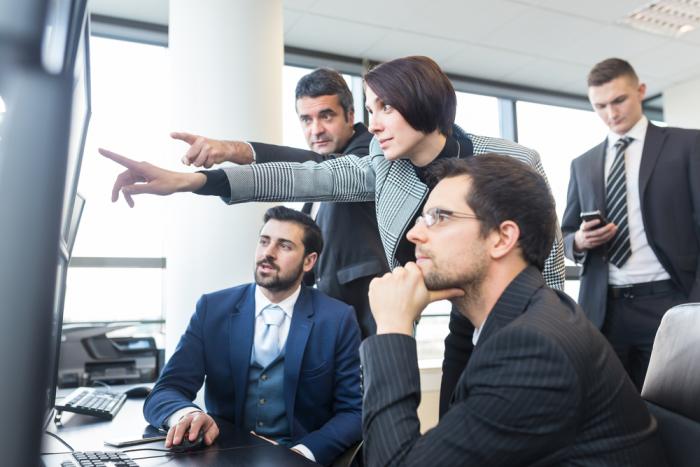 The US dollar lost ground against nearly all the major currencies last week. The sole exceptions were the Australian dollar, where pressure ahead of the weekend following Moody's decision to cut the outlook for five Australian banks wiped out the previous small gain, and the Norwegian krone, which was really flat with less than a 0.1% loss.

The euro, Swiss franc, yen and sterling gained around 1% against the dollar last week.  The magnitude of the move may have been exaggerated by the seeming lack of participation, but the direction seems to be the largely a function of technical factors and the market's wrestling with the outlook for the Federal Reserve.

The dominant technical force in the Dollar Index is the retracement of the rally from early May.  The 61.8% retracement is just below 94.10.  It was tested to the tick on August 18, and it held. It also corresponded with a trendline drawn off the May and June lows and the lower Bollinger Band. The RSI and fast Stochastics have turned higher, though the slower moving indicators like the MACDs and slow Stochastics have not.  The first objective is 95.00, but there may be potential toward 95.60-95.80.

The euro is the biggest constituent in the Dollar Index, but it is not nearly as constructive.  The euro has recouped more than 61.8% of its decline since early-May (~$1.1325).  It has risen in eight of the past ten sessions.  Despite the pullback before the weekend, it did not break the previous session's low once last week.  Moreover, it remains above the breakout from the downtrend line from early-May.  That trendline is found near $1.1230 at the start of the new week and $1.1210 at the end of the week.  Although it is bumping against the upper Bollinger Band, the technical risk may extend toward pre-Brexit high (~$1.1400-$1.1430).

The dollar slipped through the psychologically and technically significant JPY100 level. Although it traded below there in three of the past four sessions, the break has not yet been convincing.  It has popped back above there and has not yet spent an entire session below JPY100. We suggest that a convincing break could confirm a rare but not unprecedented continuation head and shoulders pattern.  The measuring objective of the pattern would project dollar losses toward JPY92.50.

The dollar's upside is initially blocked by the JPY100.50 area, and a break it could see JPY101.20-JPY101.50.  This is especially true if our hypothesis of the break of JPY100 being spurred not by Fed views (according to Bloomberg probability calculation the odds have increased over the course of this past week from 16.0%, 17.5% and 36.0% for the September, November, and December Fed funds futures contracts respectively on August 12 to 24.0%, 28.5% and 41.4% on August 19) but by activity in the Treasury market.

Simply put, between the coupon payment of $37.5 bln, of which Japanese investors are among the largest recipients and $54.6 bln maturing; with only $62 bln of new supply, freed up some $30 bln.  Given the cost of hedging and the outperformance of other bond markets, we hypothesized that this is what weighed on the dollar, especially against the yen.

Sterling posted an outside down day ahead of the weekend after reaching $1.3185 with the helped a series of data that seemed to indicate less immediate impact from the UK referendum than expected. Consumer prices a touch firmer than expected, but the key was the resilience of the labor market and retail sales.  The rally that began with the lowest close in more than 30 years (~$1.2865) on August 15 (the 45th anniversary of Bretton Woods) was stopped in its tracks by new reports citing two unnamed UK officials indicating that Prime Minister May wants to trigger Article 50 by April 2017, ahead of the German and French elections.

Admittedly, there are numerous spins, and until the Prime Minister herself confirms this intent, many will rightfully remain skeptical.  We think it is believable and consistent with May's likely signals to other European officials.  On the pre-weekend sell-off, sterling held the 50% retracement of the rally off the August 15 low near $1.3025.  Additional support is seen near $1.2985, but it that does not hold a return to $1.2865 looks likely, especially if the general US dollar tone improves.

The US dollar has also been retracing its rally that began in early-May against the Canadian dollar.  On August 19, it met the 61.8% retracement target to nearly the tick (CAD1.2764).  The disappointing June retail sales (-0.1% vs. expectations for a 0.5% increase) and downward revisions to the May series (to flat from +0.2%), coupled with a soft headline July CPI (-0.2% vs. flat expectation) helped the greenback recovery before the weekend.  The initial target now is near CAD1.2930, but near-term potential may exist toward CAD1.30.

The technical condition of the Australian dollar has also deteriorated.  It was the weakest currency last week, losing almost 0.5% against the US dollar.  The entire loss for the week was recorded at the end of the week after Moody's cut the outlooks for five Australian banks.

Last week's high, like the week before, was close to a three-year downtrend line found near $0.7850. It failed, and appeared more like an Olympic boxer who hits an opponent at the end of his reach.  Before this week, the Aussie had climbed in 11 of the past 12 weeks since the end of May.  We had identified initial support near $0.7600, which largely remained intact before the weekend.  The technical indicators we use suggest further losses are likely in the period ahead.  The next target is in the $0.7530-$0.7550 area, and then $0.7450.  Initial resistance is seen near $0.7650.

The price of light sweet crude oil rose 8.5% last week, the most in five months.  Some speculation that OPEC can agree to a output freeze as early as next month, which no one seems to believe, coupled with the largest decline in US inventories in five weeks, and the inventory of fuels fell for the third consecutive week helped prices.  Reports also indicated that the surplus stored in ships in the North Sea were also being reduced.  Its advancing streak stands at three weeks, and seven consecutive sessions.  The rally has surpassed the 61.8% retracement objective ($49.60) of the decline since early-June saw $53.00 a barrel.  The Stochastics are warning that a near-term top may be approaching, and the October contract continues to bump along the upper Bollinger Band. However, the RSI and MACD may make momentum traders hesitant about picking a top.

With a few exceptions, the US 10-year yield has chopped between 1.50% and 1.60% for the past month.  The light economic calendar warns this may continue in the coming days.  The September note futures were somewhat weaker, with the lost close in nearly a month posted before the weekend. The 131-19 area is important.  It marks the low from July 21.  A break would signal a move toward 131-00, the highs from April, May, and early-June.

The S&P 500 closed fractionally lower last week.  It is the second weekly loss in the past eight weeks.  After reaching a high near 2194 at the start of the week, it was sold to 2168 by midweek.  It finished the week near the middle of that range; trading broadly sideways for the second week. The technical indicators continue to warn of weakening internals, but the market remains resilient.  A break may be confirmed by a close below the 20-day moving average (~2175.7), which it has not done since late-June.

Lastly, a brief word about next week.  I will not post my usual piece on macro considerations on Sunday.  Here, though, is a brief thumbnail sketch of the top five things I will be watching:

1.  Yellen at Jackson Hole at the end of next week:  To the extent that she shares her assessment of the economy, I would expect to largely echo the broad sentiment expressed by NY Fed President Dudley.

2.  Merkel has to protect both her flanks:  She will be meeting EU leaders ahead of the summit, saying she wants the broadest possible debate about the future of the European Union.  At the same time, many observers question whether she can be re-elected in a year's time.  The outcome of the state elections next month will be watched closely.  The first one is September 4 in Mecklenburg-Vorpommern.

3.  Flash Eurozone PMI:  The record of the recent ECB meeting was not very informative.  In addition to playing down shortages of bonds that it must buy under its QE program, there were two points that seemed to be important for what to expect next month.  First, there was broad agreement that the downside economic risks had increased, and second, it was noted with concern that the underlying trend of inflation was not rising. The Eurozone composite PMI has been unusually steady.  It has been between 53.0 and 53.2 since February.  The July print was 53.2 but is expected remain within the range in August.

4.  Japan:  The market remains uncertain what the BOJ will do next month, and will closely listening to Kuroda when he speaks on August 23.  At the end of the week, Japan will report July inflation figures.  No progress is expected with the national headline and core (excluding fresh food) expected to remain at minus 0.4%.  Excluding food and energy, the inflation rate is anticipated to edge down to 0.4% from 0.5% to match its lowest level since May 2015, which itself is the lowest since October 2013.

5.  UK and Article 50:  In the face of the enormity of the challenge and the complexity of the issue many observers have given up on ideas that Article 50, which formally begins the negotiations for the separation of the EU and the UK would be triggered anytime soon.  However, comments by two UK officials may be the first indication that the many have misread the intent of the May government.  Further clarification will be sought.

See also: After a Rough Week, the Dollar Finds a Footing