The Dollar Might Receive a Boost from the Employment Report 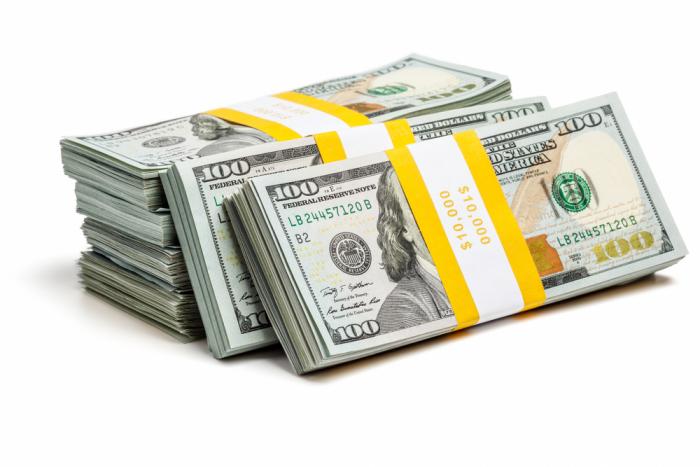 The technical indicators look constructive, as the Dollar Index has strung together a three-day advance.  An advance through the band could signal a move back toward the recent highs.  Initial support is now seen just below 96.00.

The euro posted an outside up day on July 27.  It is signaled about a two-cent move.  The euro staged an outside down day on August 5, with the help of the stronger US employment data.  It is difficult to envision a two-cent decline from the $1.1045 area the euro found support ahead of the weekend.

Over the past four sessions, the dollar has carved out a shelf in the JPY100.65-JPY100.85.  More work is need to boost investors’ confidence that yen's strength is exhausted.  Initial resistance is seen in the JPY102.25 area, and JPY102.85 is the highest the dollar has been since the BOJ disappointed.

The 38.2% retracement of the decline from the July 21 high near JPY107.50 is JPY103.30.  The RSI and fast stochastics point to a higher dollar.  The MACDs and the slow stochastics have not yet turned.

The combination of the multidimensional easing measures by the Bank of England, which got ahead of market expectations, coupled with the second consecutive robust US jobs report, knocked sterling back from two-and-a-half-week highs to the lower end of its range.

Sterling approached $1.3020.  Although sterling was pounded through there in early-July, it has held above there since.  While we expect an eventual break, the technical indicators do not suggest it is imminent.

The US dollar has built a based near CAD1.30 for six sessions.  It took the extremely poor Canadian data (and strong US data) to lift it from its base to CAD1.32.  The economy lost jobs for the second consecutive month in July.  Canada also reported its second consecutive record trade deficit June).  This follows, as you will recall, a 0.6% contraction in the Canadian economy in the month of May.

It is the third decline in output in four months.  We continue to look for test near CAD1.33.  Over the slightly longer term, the risk increases that Bank of Canada will be more dovish, and the US dollar moves toward CAD1.36.

The Australian dollar was still one of the strongest currencies against the dollar last week (~0.25%).  Although the Reserve Bank of Australia cut interest rates, the combination still relatively high yields and triple-A credit draws international savings and speculative interest.

Even in the face of the rising US dollar on the employment data, the Australian dollar held up well.  The technical indicators we use are not generated strong signals.  The Aussie is approaching a band of resistance found between around $0.7660 to $0.7680.

Oil prices had a midweek bounce that saw the September light sweet crude oil futures contract rally six percent in two sessions.  The proximate trigger was a sharp, that is 10-fold larger than the market expected, drop in gasoline stocks, which seemed to offset the unexpected build in oil inventories.  US oil inventories have risen by three mln barrels of the past two week, after a nine-week drawdown.

The rising dollar ahead of the weekend put a damper on oil.  Technical indicators such the MACDs and slow stochastics suggest a more sustained correction is likely nearby if it has not yet begun.  Talk now that some of in OPEC are talking about an agreement, perhaps on quotas as early as next month may feed such price action.  We are skeptical.

The usual proponents, like Venezuela and Ecuador, are the antagonists.  The Iranians are only about half way toward returning to output levels seen before the embargo.  Agreeing to an output cap before returning output to status quo ante raises the cost of surrendering (or postponing) their nuclear ambitions.

US 10-year yields have not been much above 1.60% since the UK referendum.  The rise in yields after the jobs data put them back to the upper end of the range.  The September bond futures found support near 132-00 before the weekend.

However, a move below last month's low (131-19) which corresponds to the 50% retracement of the rally (decline in yields) since the end of May, is needed to boost confidence that a top of some import is in place.  Recall that 130-21 was the low from the UK referendum.

The S&P 500 eased on profit-taking at the start of the week.  The pullback saw the S&P 500 slip below its 20-day moving average for the first time in a month.  Buying, perhaps encouraged by first, lower interest rates, as the Australia cut rates and the UK rejoined the QE club, and then by the economic strength implied by the jobs data, lifted the index to new record highs before the weekend.

The pre-weekend gain of about 0.75% was the largest since the June employment data was reported in early July.  The S&P 500 recorded a bullish outside up week.

Does the Strong Employment Report Give the Greenback Legs? is republished with permission from Marc to Market

See also: For a Clearer Picture, Use the Real Trade-Weighed Dollar