The Case for a National Minimum Wage in South Africa 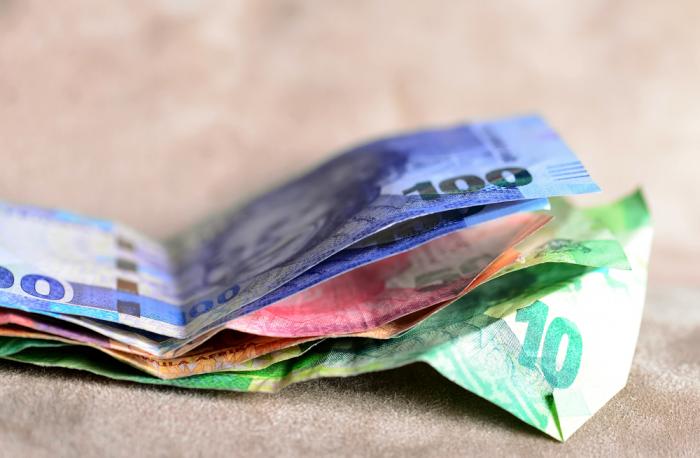 A national minimum wage, set at an appropriate level, can achieve the central objectives of reducing working poverty and inequality in South Africa. It can also lead to increased economic growth without significant negative economic consequences.

These are the findings of a study by the National Minimum Wage Research Initiative at the University of the Witwatersrand. This study set out to investigate the viability of imposing a national minimum wage in a country suffering from high levels of inequality and working poverty.

Working poverty is also dire in South Africa. About 54% of full-time employees – 5.5 million workers – earn below the working-poor line of R4,125. As such they cannot meet their most basic needs and those of their dependants. High dependency ratios mean wages in South Africa stretch to cover many dependants.

Minimum wages establish wage floors below which no employers are permitted to pay the employees covered. According to the International Labour Organisation , the purpose of minimum wages is to ensure wages are able to cover the basic needs of workers and their families. A national minimum wage sets a single economy-wide wage floor.

In South Africa, a national minimum wage is being explored as a tool to reduce inequality and transform the inherited apartheid wage structure.

Minimum wages have been successful at raising wages for low-wage earners in both developed and developing countries. In Latin America, a 10% increase in minimum wages led to an increase in average wages of between 1% and 6%, with low-wage workers benefiting disproportionately. Minimum wages have directly reduced inequality in the formal and informal sectors across Latin America, and in Indonesia, Russia, China, India and Europe.

The national wage floor would be an advance over the current sectorally-set minima in South Africa. Compared with a sectorally-differentiated system, a national minimum wage covers all workers. It is easier to enforce and does not set lower minima for sectors with high proportions of vulnerable workers. It can be set to take account of broad policy objectives and economy-wide consequences, not only narrow sectoral considerations.

Collective bargaining can’t do it alone

Collective bargaining, covering approximately 32% of lower-wage workers in South Africa, has maintained wage levels but is unable on its own to combat working poverty. Sector-set minimum wages, enacted via eight sectoral determinations, cover approximately 46% of lower-wage workers. Since their institution the levels of the sectoral determinations have increased by between 16% and 81% in real terms. However, many workers in these sectors still earn exceptionally low wages: 75% of agricultural workers earn below R2,600 and 90% of domestic workers below R3,120.

The result would be a rise in household income, particularly for low-wage workers, with the household-income growth rate potentially doubling. This would spur greater consumer spending, increase output and raise levels of growth, together with a rise in productivity.

There is a growing body of literature – particularly from Organisation for Economic Cooperation and Development countries – that establishes the aggregate demand, productivity and growth-enhancing nature of minimum wages. In South Africa, the level of output would be 2.1% higher with a national minimum wage (beginning at levels between R3,500 and R4,600). The average gross domestic product growth rate is projected to be 2.8% to 2.9% instead of 2.4% without a national minimum wage.

Most pertinently, the South African statistical modelling projects a fall in the Gini coefficient in South Africa as a direct result of a national minimum wage. Raising the coverage or level of minimum wages can also cause a shift in income from capital towards labour. This is also shown to be beneficial to the overall South African economy.

Given that poverty lines and minimum wages are close together, rising minimum wages have reduced poverty in almost all developing countries studied. In Thailand and the Philippines, for example, a 1% increase in the minimum wage has been shown to reduce poverty by 0.5%. In South Africa, the poverty headcount is projected to fall by about 2%. The decline is greatest for black South Africans.

In the international literature, the aggregate effect of a minimum wage on employment is marginally negative or neutral, and often statistically undetectable. A 10% rise in minimum wages, where there is an effect at all, leads to somewhere between a 0.003% and 0.7% fall in aggregate employment. The effect, of course, varies across country, population group and industry.

In South Africa, minimum wages have been shown to have no significant impact on employment in five of the six sectors studied. Agriculture is the exception. The results from the South African statistical modelling are in line with local and international research. Employment is projected to be up to 0.3% lower with the institution of a national minimum wage.

The modest effects on employment are because firms and economies adjust to higher minimum wages in a number of ways. The most important channels of adjustment are productivity increases due to organisational efficiency and increased effort by workers (“efficiency wages”), reductions in wages of higher earners (wage compression) and small price increases. In addition, the boost to aggregate demand from higher wages counteracts negative pressures on employment levels.

In middle-income countries minimum wages are on average set at 48% of the average wage. This translates into R4,161 (in April 2015 rands) in South Africa.

In 2015, the weighted average minimum wage for private sector bargaining councils was R4,355. For public- and private-sector bargaining councils it was R5,747. In April 2015 a family of four required R5,276 to meet their most basic needs and not live in poverty. The working-poverty line was R4,125 (based on an analysis of dependency ratios and multiple income sources).

The relevant indicators therefore cluster between R4,000 and R5,500. This range is similar to our two “indexation” scenarios in which the national minimum wage begins at levels between R3,500 and R4,600, reaching approximately R3,900 and R5,100 after five years. A national minimum wage set at these levels is shown to be both positive and sustainable.

The national minimum wage policy must be carefully designed and set at a level that is able meaningfully to improve workers’ livelihoods with sustainable ramifications for the wider economy. Most importantly it can reduce poverty and inequality while boosting economic growth, without significant negative economic consequences. This report shows that this has been achieved in other countries and can be emulated in South Africa.