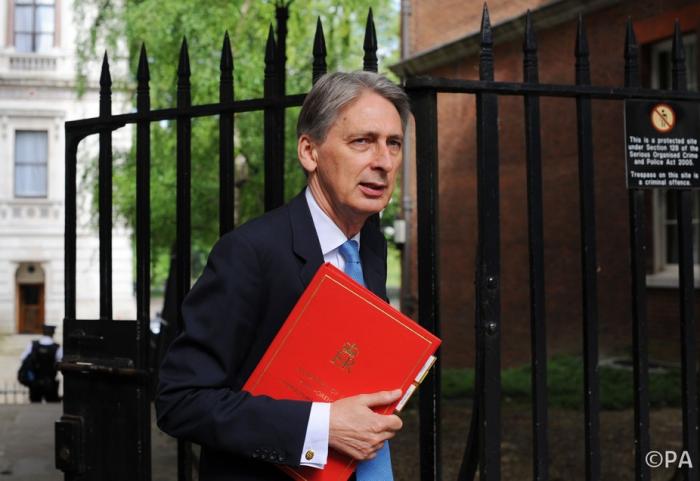 Philip Hammond, the UK’s new Chancellor of the Exchequer, has a lot on his plate. He faces a slowing economy urgently in need of stimulus. He confronts tough choices over public spending and will be under pressure to reverse the austerity policies of his predecessor. The question for Hammond is not whether to stimulate the economy, it is when and how.

This is all the more the case given the Bank of England’s decision not to lower interest rates. With monetary policy at its limits, the onus is on Hammond to act – and act swiftly – to deal with the current economic headwinds.

The obvious challenge to the UK economy at the moment is Brexit. The prospect of leaving the EU has created significant uncertainty. Although it is not yet clear how this has influenced the UK economy, it is likely that firms and households have cut back on spending, dampening economic growth. The higher cost of imports is also likely to reduce spending, offsetting any positive effect on exports from a lower pound. Unemployment may well rise in coming months too, because of a slowdown in economic growth.

Pragmatism has its place

Hammond, as a member of the Remain side, predicted dire economic consequences from Brexit (just not as visibly as his predecessor). He now confronts the task of mitigating these. Here he cannot escape the need to adopt a looser fiscal stance. Hammond will need to review this approach. Bad economic data may very well force him to reverse economic policy. Indeed, the prospect of a recession could lead him to ditch his reputation as a “fiscal hawk”.

Being open to the advice of experts and not letting ideology rule economic policy are key lessons that Hammond needs to learn. Fiscal pragmatism has its place, especially in the context of a slowing economy.

Beyond Brexit, there are wider challenges for the new chancellor. The most obvious is the unbalanced nature of the UK economy. Growth is occurring only because households have run down savings and spent beyond their means. The large trade deficit and reduction of the budget deficit, on the other hand, remain barriers to growth.

Hammond therefore faces the challenge of rebalancing the UK economy away from its dependence on consumer spending. He needs to find ways, in particular, to stimulate exports and investment.

The chances of him achieving this aim depend on wider changes in policy. Here he needs to contemplate the deep-lying problems of the UK economy.

Three problems can be highlighted, in particular:

These problems require urgent action. In truth, they need to be tackled in coordination with different government departments, not by the new chancellor alone. Hammond, however, needs to take a lead in creating the fiscal environment in which firms invest and export more.

Rather than cut its spending, the government needs to invest in new infrastructure. At a time of low interest rates, this kind of investment makes fiscal sense and can be a means to tackle problems of low productivity and low pay (in the latter case, by creating more high paid jobs in construction).

Beyond this, the government should look to support a more active industrial strategy, investing in strategically important industries like steel. If this entails some form of state aid, then so be it. The alternative is to allow industry to wither, with potential adverse and irreversible costs for the UK’s skill base and productivity potential. Hammond’s stance on fiscal policy is key here, as its helps to set the foundation for wider economic policy. His commitment to a fiscal stimulus would bolster confidence and would encourage economic activity in other parts of the economy.

May signalled her intention to challenge the corporate governance structure in the UK, including the involvement of workers on company boards. This is a welcome move and, if implemented, could help to address the problems of low productivity and wage inequality. Hammond’s policies on tax and spending remain important here in creating an environment conducive to shared forms of wealth and ownership. For example, he could seek to tax those companies that fail to include workers on their boards.

In truth, the challenges faced by Hammond are huge. They require a reversal of austerity and a move to a more supportive state. If he is to live up to the rhetoric of his new boss and create an economy for everyone, rather than just the “privileged few”, he needs to embrace a more radical reform agenda. Failure to deliver would show the need for a different government.

The challenges ahead for Britain’s new chancellor, Philip Hammond is republished with permission from The Conversation

See also: UK Politics Settling Down while the BOE Sticks to its Plan