The Benefits of a Banking GST for Australia 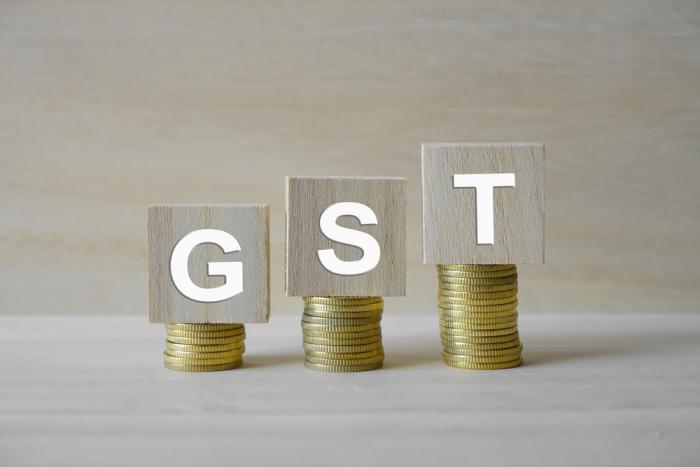 South Australian Premier Jay Weatherill has argued for broadening the GST base to include all financial services, something also floated by the Financial System Inquiry. The idea has merit, although the complexity of the issue makes assessing the consequences and merits difficult.

Currently, some financial services (such as insurance) that levy explicit fees are subject to GST. However, a major part of banking - taking deposits and making loans - is not. Historically it was too difficult because of the nature of financial intermediation, but modern technology should make it feasible – albeit still difficult.

To understand the issues involved, a short primer on GST is required. GST, or Value Added Tax (VAT), applies a rate of tax (e.g. 10%) at each stage of the production process, based on the value added by the business (essentially equal to wages and profits). It achieves this by levying the tax on the value of the goods sold by the business but allowing tax credits for the GST included in the price paid by the business for purchases of goods and services as inputs (referred to as input tax credits).

Each business in the production-process supply chain pays a net tax amount equal to the GST tax rate applied to its value added. Upon the sale of the completed good or service to a consumer, the price incorporates all the net GST amounts paid in the production process, such that total GST revenue is essentially the 10% tax rate applied to the pre-GST sale price of goods and services sold to consumers.

How would this apply to taking deposits (on which interest is paid) and making loans (on which interest is charged)? The value added in this process is relatively easy to identify. The difference between those interest rates (the net interest margin), if we ignore explicit fees charged for services provided, must cover costs of purchased inputs of goods and services by the bank (such as paper, pens, ink, or nowadays computer services) plus wages and profits.

So one could readily calculate the total value added by a bank as the sum of its wage bill and its profits. The problem lies in splitting the value between business and retail customers and providers of deposits and loans.

As a very simplistic example, suppose the bank has $90 of deposits and $100 of loans (and $10 of equity capital) and a total value added (net interest margin minus purchased input costs) of $5. What method can one use to divide that $5 between depositors and borrowers as the value of services provided to each? And if there are numerous depositors and borrowers (and some of them business and some retail customers), possibly receiving or paying different interest rates, how much of the value added represents the cost of services provided to each?

Why it makes sense

Putting this process into the “too hard” basket, however, creates distortions to production and consumption. First, banks pay substantial amounts of GST on purchased inputs, and receive input tax credits, which they are largely unable to use. Of course, expect banks to pass on the taxes paid to customers in the form of lower deposit rates or higher loan rates.

This creates a distortion of costs for business customers of the bank. For example, the loan interest they pay indirectly includes an implicit GST cost, but they do not receive any input tax credits to offset the GST amount they add to their product price.

As a very simplistic example, consider an individual who provides personal services using no purchased inputs for deferred payment and has a bank loan to meet living expenses until the payment receipt. The loan interest is $10 and the individual needs a net $1,000 for those services and is subject to GST as a business.

If there is no input tax credit on the loan interest the individual will need to charge GST on $1010, or GST of $101 such that the gross price charged to the purchaser of these services would need to be $1,111. If the loan included (for example) an input tax credit of $1 because intermediation services were “GST-able”, the gross price would only need to be $1,110 (because the net GST bill paid by the individual would only be $100).

Because of the current GST exemption, businesses do not get the benefit of all the GST paid in the “upstream” parts of the production process and therefore need to charge higher prices.

A third type of distortion arises from decision making by banks regarding supply and pricing of different types of financial services. For example, one can recoup the cost of intermediation by the net interest margin or by explicit fees for services associated with intermediation – some of which may be “GST-able”.

Is it possible to overcome these difficulties? One would hope so. Banks have very sophisticated activity based costing systems and funds transfer pricing systems which are designed to identify the cost and value created by each transaction. Using these to identify value added for each type of transaction, and thus the base for applying GST, may be complicated but not infeasible.

Is it worth doing?  Certainly, the sum of profit and wages paid (i.e. value added) of banks is a very large sum, much of which is not subject to GST. While the banks will claim they pay large amounts of GST (on their purchased inputs), which they cannot claim as input tax credits, it is ultimately the users of bank financial services who pay those amounts.

Broadening the GST base to fully include financial intermediation would increase GST revenue (estimated at around A$3.5 billion from households) and would remove a number of distortions from the current system (including almost A$1 billion from over-GST taxation of business. However, identifying precisely the overall effects, the benefits and the cost of change is a fairly Herculean effort.

See also: The Potential in Splitting Australia's GST into Two